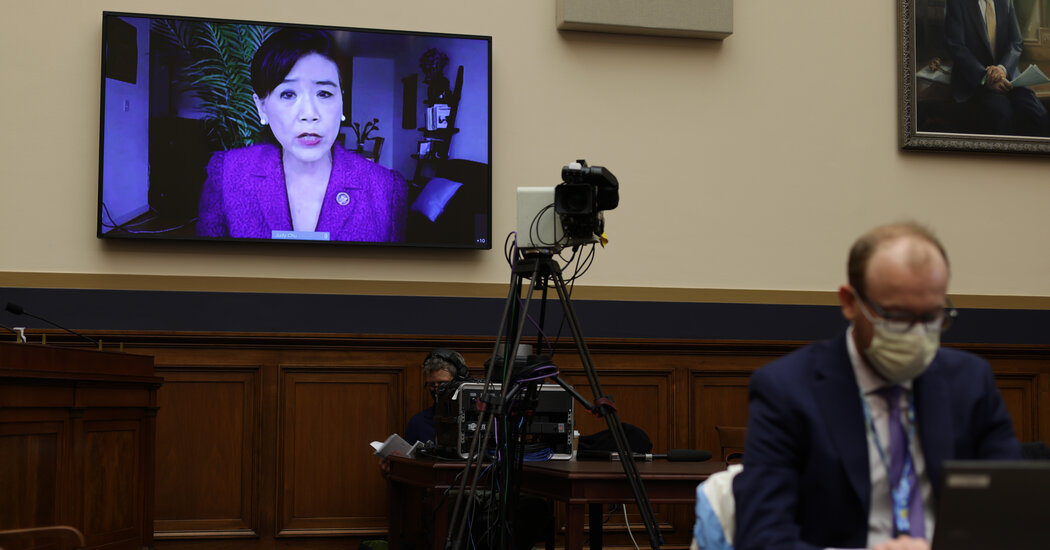 “You can say racist, stupid stuff if you want, but I’m asking you to please stop using racist terms like ‘Kung flu’ or ‘Wuhan virus’ or other ethnic identifiers in describing this virus,” Representative Ted Lieu, Democrat of California, told Representative Chip Roy, Republican of Texas. “I am not a virus. And when you say things like that, it hurts the Asian-American community. Whatever political points you think you’re scoring by using ethnic identifiers in describing this virus, you’re harming Americans who happen to be of Asian descent.”

Mr. Lieu’s comments came after Mr. Roy, one of the top Republicans on the judiciary panel, used his introductory remarks to issue a lengthy condemnation of the Chinese government’s handling of the coronavirus and asserted that objections to what he categorized as nothing more than hawkish messaging about China amounted to “policing” of free speech.

“There’s old sayings in Texas about, you know, ‘find all the rope in Texas and get a tall oak tree.’ You know, we take justice very seriously, and we ought to do that — round up all the bad guys,” Mr. Roy said in comments that drew outrage on Twitter. “My concern about this hearing is it seems to want to venture into the policing of rhetoric.”

“Your president, and your party, and your colleagues can talk about issues with any other country that you want, but you don’t have to do it by putting a bull’s-eye on the back of Asian-Americans across this country, on our grandparents, on our kids,” she said.

“This hearing was to address the hurt and pain of our community, to find solutions,” she added, “and we will not let you take our voice away from us.”

Whether you optimistically hope that mortgage rates will decline or are resigned that rates will stay elevated above the historic lows of 2021, you … END_OF_DOCUMENT_TOKEN_TO_BE_REPLACED

A resident of Nikopol, Ukraine, in her backyard last month, with smoke rising from an area on the opposite bank of the Dnipro River. Credit...David … END_OF_DOCUMENT_TOKEN_TO_BE_REPLACED