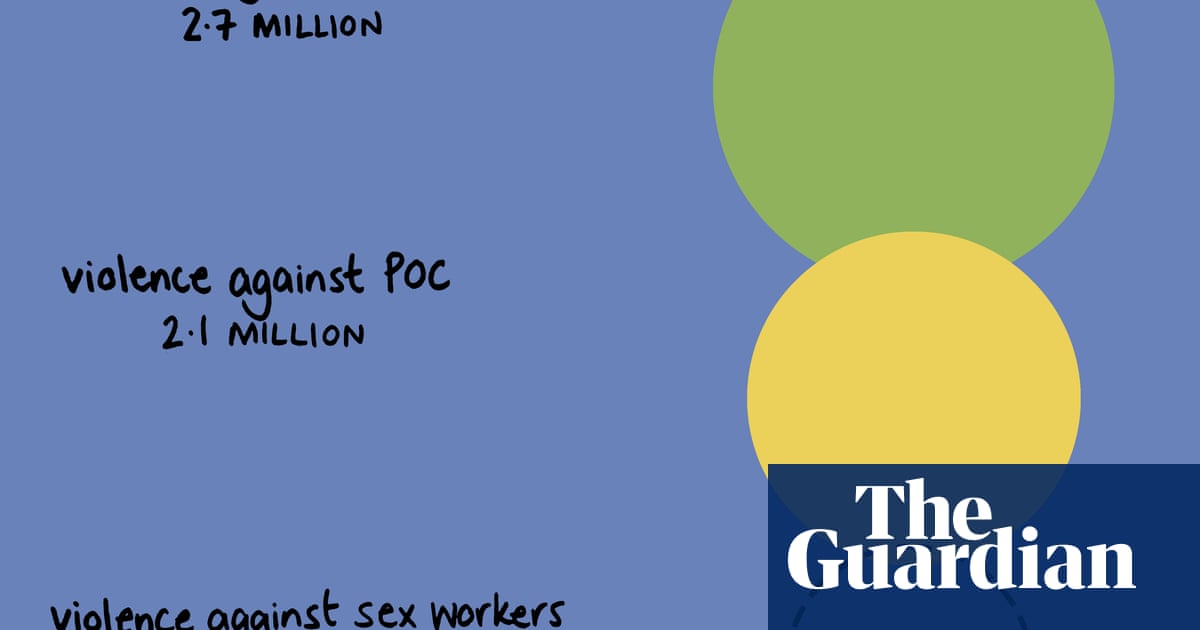 Of the eight people killed in Atlanta spas on Wednesday, six of them were Asian women. The police claim it is too soon to know if the suspect was motivated by racial hatred, focusing instead on the idea that the massage parlors were a “temptation for him that he wanted to eliminate”.

This, of course, ignores the possibility that someone might be motivated by racial hatred and sexism.

Unfortunately, most statistics make the same assumption. Hate crime data that is gathered by the FBI is often categorized according to a single motivation (such as religion, sexual orientation, race/ethnicity, gender identity). Less than 3% of the hate crimes that were reported in 2019 recorded multiple biases.

Reality is obviously much more complex than these numbers capture. Many of the victims of Wednesday’s attack were Asian and women and possibly sex workers (police have long identified the spas as places where sex work and possible sexual exploitation regularly occurred). These facts can not be treated in isolation.

Things get even more complicated when you consider reporting rates. A person’s race and gender identity will affect the likelihood that they will report a hate crime to the police. This is particularly true of sex workers, whose work is is still largely criminalized across the United States.

So, what numbers are we left with? We could instead look to data on violent victimization that isn’t specifically motivated by hate. It’s imperfect since it includes robberies and assault data.

A study published earlier this year tried to use a different dataset – the National Incident-Based Reporting System (NIBRS) – to take a closer look at anti-Asian hatred.

Lastly, we could look to data gathered by organizations that have a closer connection to the Asian community.

From March 2020 to February 2021, 3,795 incidents of anti-Asian hatred were reported to Stop AAPI Hate, a nonprofit organization that tracks discrimination against Asian Americans and Pacific Islanders. They found that verbal harassment (68%) and shunning (21% – ie the deliberate avoidance of Asian Americans) made up the two largest types of reported incidents. Reports showed that discrimination was happening in all kinds of contexts – businesses (35%), street/sidewalk (25%) and online (11%).

Anti-Asian hatred has been stoked by Donald Trump’s repeated insistence on referring to Covid-19 as the “China virus”. This language reappeared in many of the incidents reported to Stop AAPI Hate – for instance a woman who was approached by two male neighbors that “approached me threateningly on the street, pulled down the corners of their eyes and said, ‘“Go back to Wuhan, bitch, and take the virus with you!’”

Another report from a woman in Brooklyn says: “A white man catcalled me, then aggressively followed me down the block, and got inches from my face and yelled “Ch*nk!” and “C*nt!” after realizing I was Asian. Lots of neighbors were standing outside their homes and no one intervened.”

These narratives make it clear that any attempts to separate sexism and racism are meaningless.

Listed for $7.25 million, the enormous, 15,076-square-foot unit takes up the entire fifth and sixth floors of the building on Camp Street. “It’s the … END_OF_DOCUMENT_TOKEN_TO_BE_REPLACED