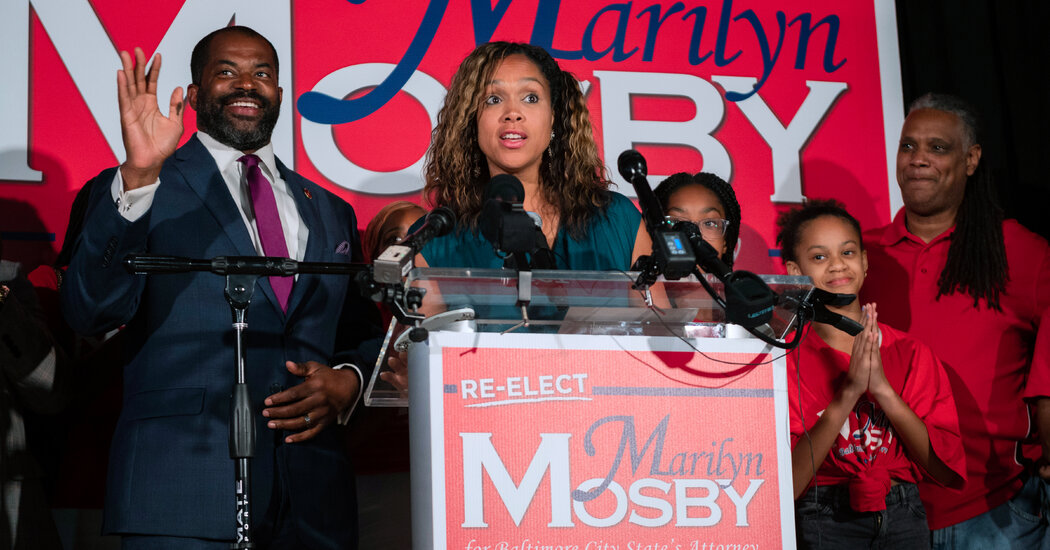 Marilyn Mosby lost her bid for a third term as Baltimore’s top prosecutor on Friday, ending a tenure that had thrust her into the national spotlight but was marred by legal difficulties.

Ms. Mosby, 42, was defeated in a Democratic primary race by Ivan Bates, a defense lawyer. The Associated Press called the race for Mr. Bates on Friday evening, three days after the election.

When Ms. Mosby became state’s attorney for the City of Baltimore in 2015, she was 34 years old, the youngest top prosecutor in any major American city. Several months into her first term, she drew national attention when she announced that she would prosecute six police officers in the death of Freddie Gray, a 25-year-old Black man who died in police custody after suffering a spinal injury.

dropped the remaining charges against the three others, a divisive decision in the closely watched case.

indicted on charges that she had perjured herself to obtain money from a retirement fund and had made false statements on two loan applications to buy vacation homes in Florida.

According to the indictment, Ms. Mosby filed two requests in 2020 through the CARES Act to withdraw about $90,000 from her city retirement account, claiming that the pandemic had caused her financial difficulties, even though she was gainfully employed and making nearly $250,000 a year. She used the money for down payments on homes in Kissimmee and Longboat Key, prosecutors said.

She has pleaded not guilty to the charges.

A spokesperson for Ms. Mosby did not immediately respond to a request for comment on Friday.

is on track to record more than 300 homicides for an eighth straight year, along with increases in carjackings, robberies and other serious crimes. Concerns about police misconduct in the city have not evaporated seven years after the death of Mr. Gray ignited protests and rioting, but persistent violent crime has pushed voters’ tolerance to the breaking point.

Mr. Bates will face Roya Hanna, a former prosecutor who is running as an independent, in the general election. There are no Republican candidates in the race.

Whether you optimistically hope that mortgage rates will decline or are resigned that rates will stay elevated above the historic lows of 2021, you … END_OF_DOCUMENT_TOKEN_TO_BE_REPLACED

A resident of Nikopol, Ukraine, in her backyard last month, with smoke rising from an area on the opposite bank of the Dnipro River. Credit...David … END_OF_DOCUMENT_TOKEN_TO_BE_REPLACED