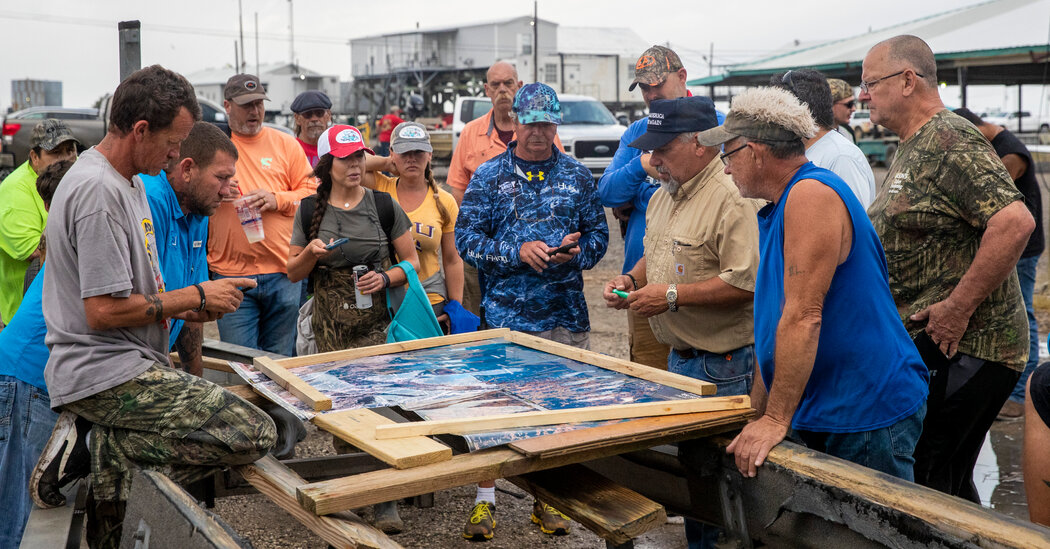 A commercial lift boat had begun to lower its legs onto the seafloor off the Louisiana coast during bad weather and a crew member had turned the vessel into heavy winds when it capsized last month, according to a preliminary report by the National Transportation Safety Board released on Tuesday.

Although the N.T.S.B. stopped short of giving a probable cause in its report, the board did provide a sequence of events that led to the accident.

The 175-foot-long lift boat, named the Seacor Power, was carrying 19 people when it tipped over on April 13 near Port Fourchon, La. Six people were rescued by the U.S. Coast Guard and other nearby vessels. Six people died, and seven others are still missing and presumed dead. The Coast Guard suspended its search on April 19.

Lift boats are three- or four-legged, self-propelled and self-elevating vessels that are commonly found along the Gulf Coast. They have cranes and deck space to support drilling, construction and oceanic exploration. They can also work in shallow or deep waters.

The vessel was built in 2002 and acquired by its operator, Seacor Marine LLC, in 2012. The boat was contracted by Talos Energy for well work on one of its platforms, John Gellert, president and chief executive of Seacor Marine, the owner of the Seacor Power, said last month.

The boat set off from Port Fourchon at about 1:30 p.m. on April 13, according to the N.T.S.B report. It was headed to an oil and gas lease area in the Gulf of Mexico, east of the Mississippi Delta — a trip that was supposed to take 18 hours.

A weather report emailed to the crew on the vessel that morning predicted afternoon winds at 9-12 knots, which is about 10 to 13 m.p.h. About 3:30 p.m., a sudden rainstorm came over the vessel. Visibility decreased and winds increased significantly, so the crew decided to lower the vessel’s legs to the seafloor to hold it in place until the storm passed, according to the report.

When the vessel’s legs started to descend, a crew member at the helm tried to turn the boat into the winds, according to the report. But before the turn was complete, the boat heeled to starboard and capsized. Several people escaped onto the exposed port side of the vessel’s deckhouse. Some crew members who had been clinging to the vessel were washed into the water.

Other boats in the area, along with a civilian helicopter, responded to help in the rescue. The Coast Guard also used a pre-commissioning cutter, other response boats and a fixed- and rotary-wing aircraft.

But high winds and seas that had built to 10 to 12 feet prevented the Coast Guard from reaching the people on the vessel, according to the report. The Coast Guard declared the accident a major marine casualty on April 14, and the next day, the N.T.S.B. began its investigation.

“We’re a marine community, and tragedies like this take the community to heart,” Rodney J. Gisclair Sr., the vice president of the Greater Lafourche Port Commission, said last month. “We all feel a sense of loss. I don’t want to say it’s something that is inevitable, but it is part of our life down here.”

A dive team was sent to the hull of the boat in hopes of finding survivors trapped inside, but divers who knocked on the hull did not hear any response.

AUSTIN, Texas--(BUSINESS WIRE)--As the first multifamily management company to be recognized in the Public Relations and Marketing Excellence Awards, … END_OF_DOCUMENT_TOKEN_TO_BE_REPLACED

There have been whispers of cooling housing and rental prices in the San Francisco Bay Area, but that hasn't yet translated into practical, noticeable … END_OF_DOCUMENT_TOKEN_TO_BE_REPLACED

Cars pass in Independence Square at twilight in Kyiv, Ukraine, Monday, Oct. 31, 2022. Rolling ... [+] blackouts are increasing across Ukraine as the … END_OF_DOCUMENT_TOKEN_TO_BE_REPLACED