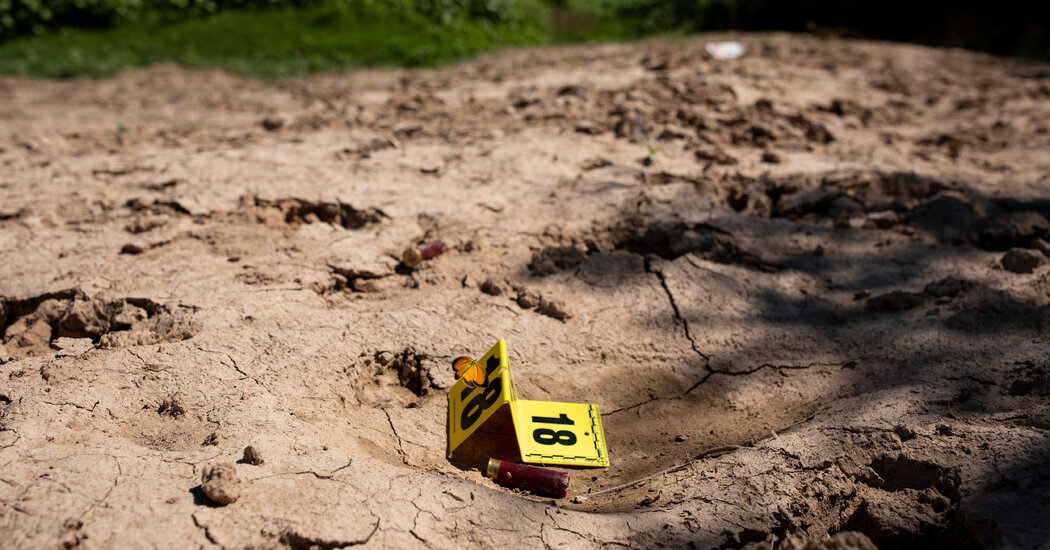 Joanna Mackenzie, the county administrator and also its emergency manager, said officials found more than 15 bodies of migrants in the desert last year, an increase from two or three a year in previous years. “We’ve gone from you see a few a week to hundreds crossing property — it is like nothing anyone has ever seen,” she said.

On the evening of the killing, both Michael and Mark Sheppard attended a meeting of the local water board. They arrived around 7:30 p.m., roughly 30 minutes after the shooting. Sheriff West was there, too.

“I saw them that same night at the water board, nothing out of the ordinary,” the sheriff said. “We were finishing the meeting when the call came in,” he added, speaking of the 911 call about the killing. “And I didn’t see their demeanor change.”

Word of the shooting spread rapidly through Sierra Blanca, a pit stop for truck traffic along Interstate 10. The sprawling surrounding county, home to some 3,200 people, is more than three-quarters Hispanic. Some people in town have expressed shock, saying the brothers had never displayed any sort of racial animus.

“I have a Mexican-Native American background, but Mike was never ugly to me,” said Paula Barrios, 39, who lived near the two brothers. “Once you get to know them, they are nice people.”

Others recalled interactions that seemed to take on new meaning in the wake of the arrests.

“We were speaking Spanish, and Mark said, ‘Don’t speak Spanish around me,’” said Bill Addington, 65, a longtime resident who volunteered at a local food bank where Mr. Sheppard would supervise county inmates on work detail in striped uniforms. Waitresses in town also remembered Mr. Sheppard objecting to hearing Spanish spoken in his presence while eating.

Michael and Mark Sheppard were transferred from the El Paso County jail, where they had been taken last month, to a jail in Hudspeth County, and then released last week after each posted bond of $250,000, according to the chief deputy sheriff in Hudspeth County, Lasaro Salgado. Neither responded to requests for comment.

AUSTIN, Texas--(BUSINESS WIRE)--As the first multifamily management company to be recognized in the Public Relations and Marketing Excellence Awards, … END_OF_DOCUMENT_TOKEN_TO_BE_REPLACED

There have been whispers of cooling housing and rental prices in the San Francisco Bay Area, but that hasn't yet translated into practical, noticeable … END_OF_DOCUMENT_TOKEN_TO_BE_REPLACED

Cars pass in Independence Square at twilight in Kyiv, Ukraine, Monday, Oct. 31, 2022. Rolling ... [+] blackouts are increasing across Ukraine as the … END_OF_DOCUMENT_TOKEN_TO_BE_REPLACED