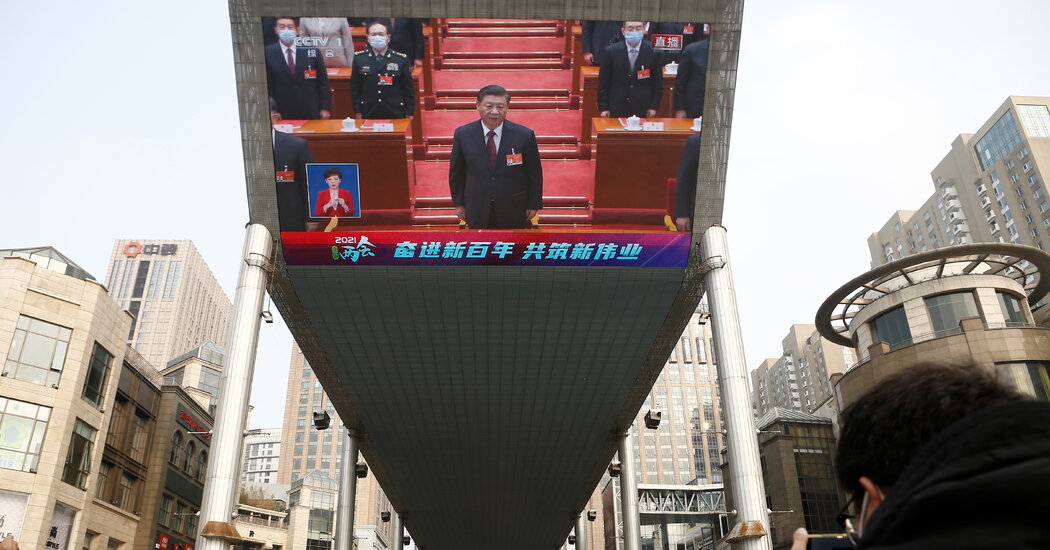 WASHINGTON — At the end of a winding answer on Thursday about competing with China and about his relationship with Xi Jinping, a man he said does not have a democratic “bone in his body,” President Biden offered up a revealing assessment of one of America’s most pressing challenges.

“This is a battle between the utility of democracies in the 21st century and autocracies,” he told reporters at his first news conference as president. “We’ve got to prove democracy works.”

China’s president, Mr. Xi, Mr. Biden said bluntly, was “a smart, smart guy” who shared with President Vladimir V. Putin of Russia a belief that “autocracy is the wave of the future and democracy can’t function” in the complexities of the modern world.

Among the biggest tasks of his presidency, Mr. Biden seemed to be arguing, is to prove anew to a skeptical world that both American democracy and its model of democratic capitalism still works — and that it is superior to the very different system Mr. Xi is ruthlessly enforcing at home as he tries to extend China’s influence around the world.

State of the Union address to call for a “Sputnik moment” of public investment, also using China as a spur, but the effort fell flat.

Yet for all the unanimity around the China challenge, it is far from clear whether Mr. Biden’s political strategy will work.

an essay this week in Foreign Affairs titled, “There Will Not Be a New Cold War,” arguing that American allies were “too economically dependent on China to adopt entirely hostile policies,” and that the United States’ advantage was that it had allies and partners who ranked among the greatest technological powers in the world.

Secretary of State Antony J. Blinken seemed to acknowledge that this week when, on a visit to Brussels, he assured the Europeans that he would not force them to make an “us or them choice.”

The Biden camp’s calculation seems to be that it is more important to hold allies together than to ensure that each one cuts off its dependency on Chinese technology or investment.

The problem will come, as Mr. Blinken notes, as China’s lashes out at those who criticize its actions at home, in the South China Sea, or against Taiwan. “When one of us is coerced,” he said, “we should respond as allies and work together to reduce our vulnerability by ensuring our economies are more integrated with each other.” Which sounds a lot like creating opposing camps.

In the grand sweep of world history, the U.S. is a young country. Even so, there are plenty of homes built prior to the American Revolution that still … END_OF_DOCUMENT_TOKEN_TO_BE_REPLACED

DONETSK REGION, Ukraine — Between the cracks of mortar fire and the metallic bangs of Russian self-detonating mines, Yurii, a Ukrainian Army medic, … END_OF_DOCUMENT_TOKEN_TO_BE_REPLACED