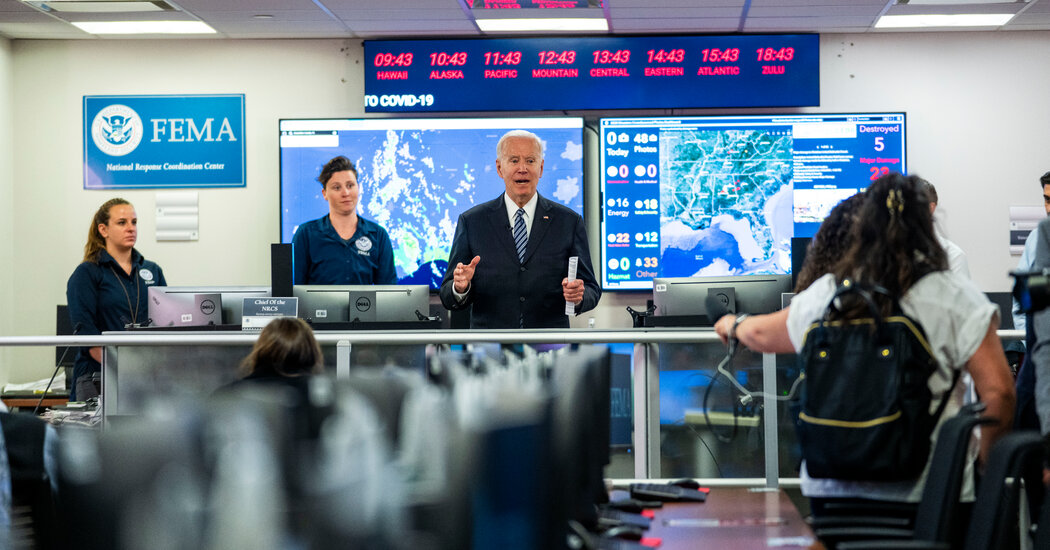 We’re going to make sure the men and women of FEMA and our other key agencies have everything they need, everything they need, because they’ve got an incredibly difficult job. Today I’m announcing that FEMA is going to make a $1 billion available to the states, territories, tribes and rural communities through the Building Resilient Infrastructure and Communities program, so-called program. That’s going to double the funding available from last year and it’s going to help communities, including those too often overlooked. And it’s going to invest in resilience and better protect themselves to serve for other climate events we’re going to be facing. Last year, as you all know, we faced the most named storms on record. 7 out of the 30 named storms alone claimed 86 lives and caused more than $40 billion in damage. This year, NOAA is focusing on another severe season, perhaps, and God willing, not as bad as 2020, but still quite bad. We all know that these storms are coming and we’re going to be prepared. We have to be ready. We have to be ready. When disaster strikes, we have to be there to protect and also help people recover. And so it’s not about red states and blue states. You all know that. It’s about having people’s backs in the toughest moments that they face, ready with food, water, blankets, shelters and more.

Helene Thiesen was one of 22 Inuiit children separated from their families in Greenland 70 years ago. Editor’s note: This story is part of CNN’s … END_OF_DOCUMENT_TOKEN_TO_BE_REPLACED