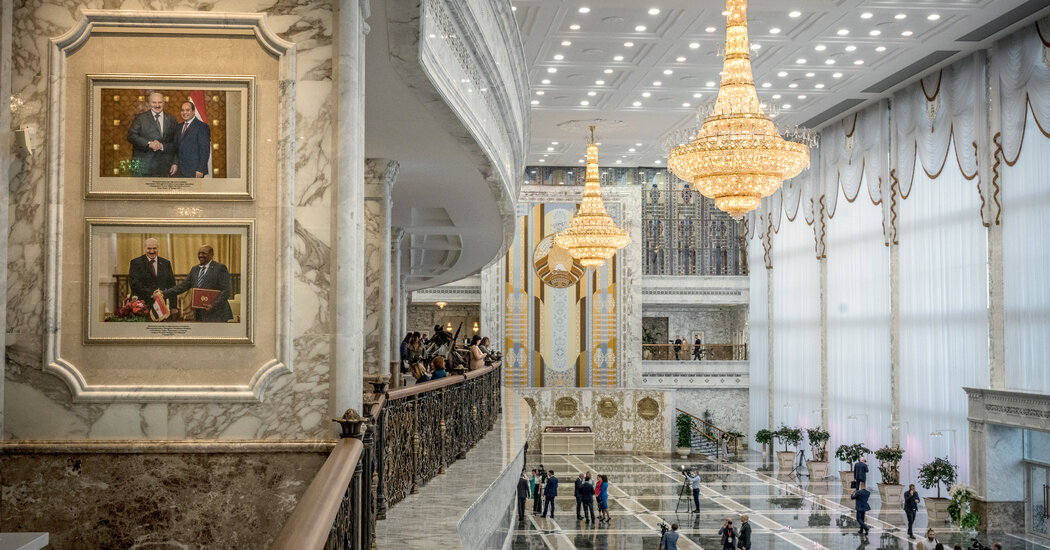 President Biden imposed a new round of economic sanctions on Belarus on Monday, marking the anniversary of an election that many Western governments view as fraudulent and that spurred mass protests in the former Soviet Union country.

Mr. Biden signed a sweeping executive order expanding the number of sectors the United States can target in Belarus, while also issuing the largest tranche of sanctions against the country to date. The White House framed the actions as punishment for the authoritarian tactics of President Aleksandr G. Lukashenko, the brutal strongman who has been in power since 1994 and who claimed to have won the country’s election last year with 80 percent of the vote. The mass demonstrations that followed that election were met with violent police crackdowns.

“Rather than respect the clear will of the Belarusian people, the Lukashenko regime perpetrated election fraud, followed by a brutal campaign of repression to stifle dissent,” Mr. Biden said in a statement on Monday.

Mr. Biden’s executive order authorized the United States to target 17 companies working with Belarus in a range of sectors, including security, energy and transportation, as well as companies producing potash and cigarettes. Also sanctioned were Belaruskali OAO, one of the largest state-owned businesses in the country, and the Belarusian national Olympic committee, which the administration described as being “a tool for Lukashenko and his inner circle to launder funds and evade sanctions.”

The plane was traveling through Belarusian airspace, from Greece to Lithuania, when it was diverted and forced to land in Minsk, the capital, with an escort from a fighter jet. While Mr. Lukashenko claimed he rerouted the plane because of an emailed bomb threat, Roman Protasevich, a Belarusian opposition journalist who was on the plane and who had been living in exile abroad, was detained along with his girlfriend after the plane landed.

A Swiss email provider has said that the email cited by the Belarusian authorities was sent after the plane had already been diverted.

Jesse Tyler Ferguson, one of the stars of “Modern Family,” is once again searching for a buyer for his Manhattan pied-à-terre. It’s back on the market … END_OF_DOCUMENT_TOKEN_TO_BE_REPLACED

Tom Holland in Spider-Man No Way Home Sony Sony and Marvel’s Spider-Man: No Way Home topped the box office yet again in this unfortunately empty … END_OF_DOCUMENT_TOKEN_TO_BE_REPLACED