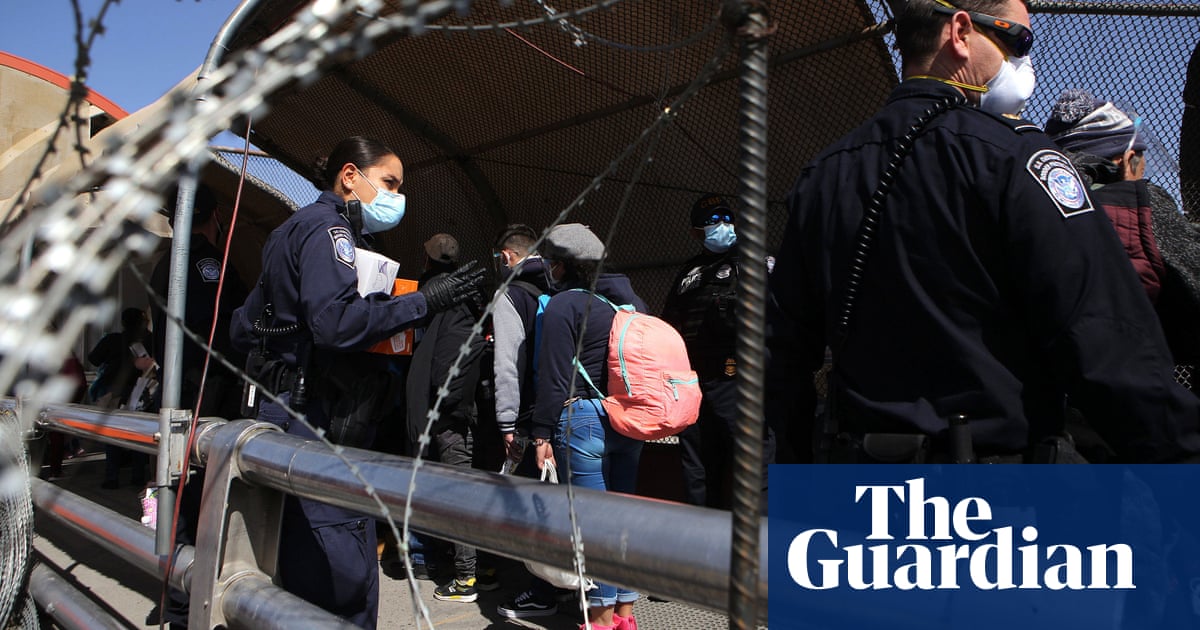 The new US secretary of homeland security, Alejandro Mayorkas, led a visit by Biden administration officials to the border with Mexico on Saturday, amid a growing number of border crossings and criticism by Republicans that a crisis is brewing.

Joe Biden has sought to reverse rigid immigration polices set up by his predecessor as president, Donald Trump, whose presidency was dominated by efforts to build a border wall and reduce the number of legal and illegal migrants.

Biden has faced criticism from immigration activists who say unaccompanied children and families are being held too long in detention centers instead of being released while asylum applications are considered.

The White House said last week Biden had asked senior members of his staff to travel to the border and report back about the influx of unaccompanied minors. It declined at the time to release details about the trip, citing security and privacy concerns.

“They discussed capacity needs given the number of unaccompanied children and families arriving at our border,” a statement said, “the complex challenges with rebuilding our gutted border infrastructure and immigration system, as well as improvements that must be made in order to restore safe and efficient procedures to process, shelter, and place unaccompanied children with family or sponsors.

“Officials also discussed ways to ensure the fair and humane treatment of immigrants, the safety of the workforce, and the wellbeing of communities nearby in the face of a global pandemic.”

An influx of people seeking to cross the border is likely to be a big issue in the 2022 midterm elections. Trump may use it to rally his base against Biden and lay the groundwork for a potential return as a presidential candidate in 2024 or as a way to boost a successor.

“The border is breaking down as I speak,” Republican South Carolina senator Lindsey Graham, a close Trump ally, told Fox News on Sunday.

“He provided a very clear thesis,” Mr. Gogna said, explaining that Mr. Gill’s work was an accessible contrast to other information — “charts, all … END_OF_DOCUMENT_TOKEN_TO_BE_REPLACED

Joe Burrow #9 of the Cincinnati Bengals against the Tennessee Titans during the AFC Divisional Playoff at Nissan Stadium on January 22, 2022 in … END_OF_DOCUMENT_TOKEN_TO_BE_REPLACED