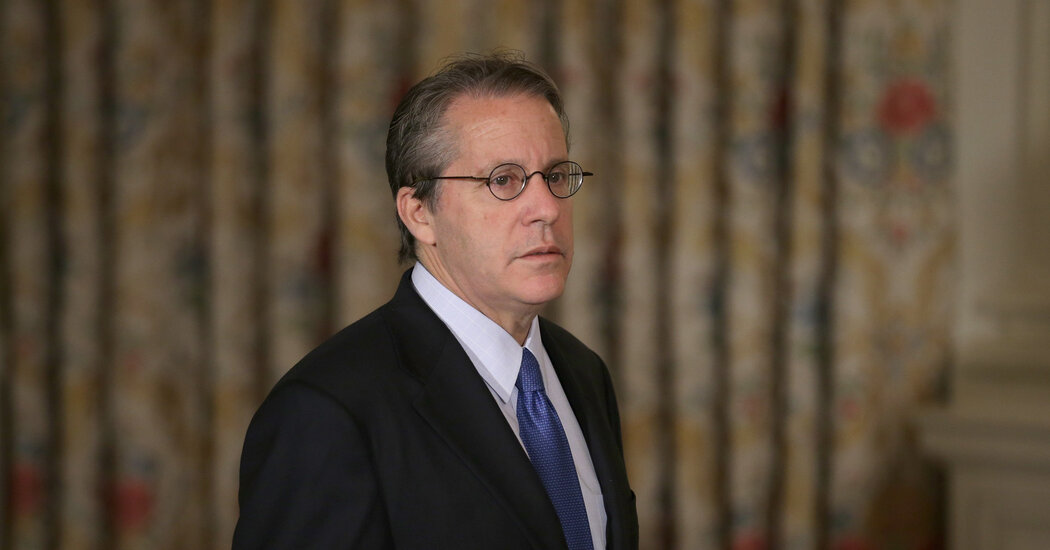 President Biden has tapped Gene Sperling, a longtime top economic aide to Democratic presidents, to oversee spending from the $1.9 trillion relief package that the president signed into law last week and planned to promote across the country this week.

Mr. Sperling was director of the National Economic Council under President Bill Clinton and President Barack Obama. In Mr. Obama’s administration, where he first served as a counselor in the Treasury Department, Mr. Sperling helped to coordinate a bailout of Detroit automakers and other parts of the administration’s response to the 2008 financial crisis.

He advised Mr. Biden’s campaign informally in 2020, helping to hone the campaign’s “Build Back Better” policy agenda. He will serve as the White House American Rescue Plan coordinator and as a senior adviser to Mr. Biden.

His appointment could be announced as soon as today. Mr. Biden is scheduled to give remarks on the implementation of his relief bill, known as the American Rescue Plan, on Monday afternoon. The White House press secretary, Jen Psaki, told reporters last week that Mr. Biden intended to appoint someone to “run point” on implementing the plan — a role that Mr. Biden held for the Obama administration’s $800 billion stimulus plan in 2009.

Neera Tanden, withdrew amid Senate opposition. His appointment was reported earlier by Politico.

Mr. Sperling’s challenge with the rescue plan will be different than the one Mr. Biden faced in 2009, because the relief bill that Mr. Biden just signed differs starkly from Mr. Obama’s signature stimulus plan. The Biden plan is more than twice as large as Mr. Obama’s, and it centers on a wide range of payments to low- and middle-income Americans, including $1,400-per-person direct checks that Treasury officials started sending electronically to Americans over the weekend. It includes money meant to hasten the end of the Covid-19 pandemic, including billions for vaccine deployment and coronavirus testing.

But the plans also have similarities, including more than $400 billion each in total spending for school districts and state and local governments.

An administration official said Mr. Sperling would work with White House officials and leaders of federal agencies to hasten the delivery of the money, including partnering with state and local governments on their shares of relief spending from the bill.

You were seeing double this week: A spectacular $54 million compound featuring two equally luxurious mansions separated by a private lake in Southwest … END_OF_DOCUMENT_TOKEN_TO_BE_REPLACED