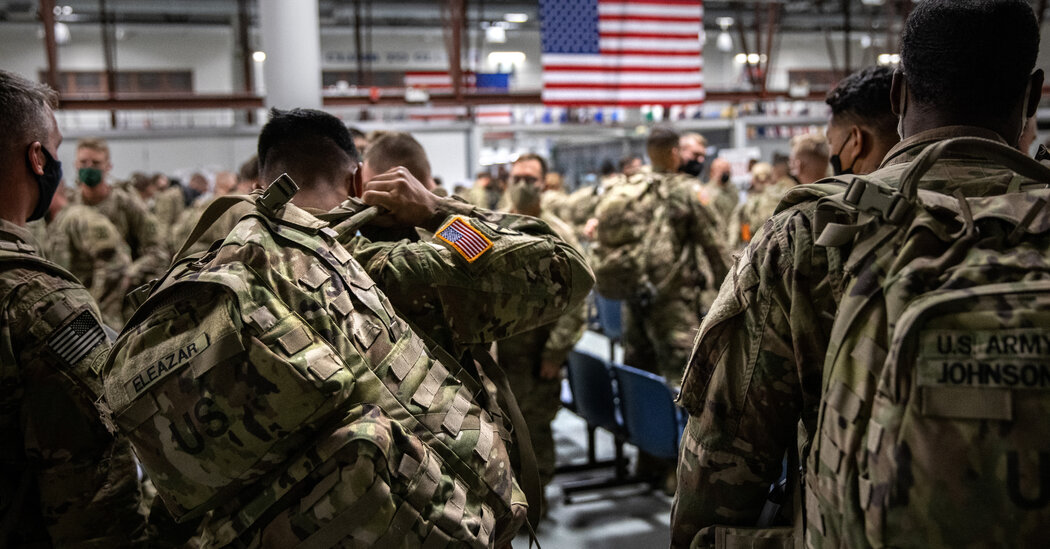 Last week, Secretary of State Antony J. Blinken sent a blunt letter to Afghanistan’s president, Ashraf Ghani, earlier reported by the Afghan outlet TOLO News, that proposed several steps to revive the stalled peace negotiations between the Afghan government and the Taliban. The letter, which asked the Afghan leader to “understand the urgency of my tone,” was received by Mr. Ghani as a personal slight, suggesting that he was one of the main obstacles to the process, said an Afghan official with direct knowledge of the matter.

Mr. Blinken’s letter also signaled continued high-level support for Zalmay Khalilzad, the longtime lead U.S. diplomat involved in the peace process, who is a divisive figure in Kabul. Many in Mr. Ghani’s circle have resented the pressure that the Afghan-born Mr. Khalilzad put on the government over contentious issues, including the release of roughly 5,000 Taliban prisoners, during the lead-up to the talks in Doha, Qatar, which began in September.

Seeking to kick-start those lagging talks, Mr. Blinken proposed in his letter that the Taliban and Afghan leadership meet next month in Turkey, where they were likely to discuss a cease-fire and power-sharing proposal outlined by American officials. Neither side has agreed to the deal.

Mr. Blinken also pushed for a meeting of foreign ministers from Russia, China, India, Pakistan, Iran and the United States, hosted by the United Nations, to discuss Afghanistan in the near future. And Moscow will host a conference on the peace process in the coming weeks that the Afghan government has agreed to attend.

In addition, Mr. Khalilzad, who is in Doha, continues to meet with the Taliban in an effort to reduce violence in Afghanistan, and he is exploring other ways the Taliban can engage Afghans and the international community in pursuit of a political solution, according to U.S. officials.

Extending the May 1 deadline to pursue these diplomatic goals, without the Taliban’s agreement, carries steep risks.

The Taliban have threatened to resume attacks against American and other Atlantic alliance forces if the United States unilaterally decides to keep its forces beyond the May deadline. American troops are now hunkered down in about a dozen bases and perform two main missions: counterterrorism operations and advising Afghan security forces at various headquarters.

The poshest place in California's Coachella Valley is The Madison Club. This exclusive gated community in La Quinta is where A-listers and tycoons … END_OF_DOCUMENT_TOKEN_TO_BE_REPLACED

KOROPY, Ukraine — Four men tugged at long strips of fabric to lift a coffin out of the gaping hole in the backyard of a small house. They flung the … END_OF_DOCUMENT_TOKEN_TO_BE_REPLACED