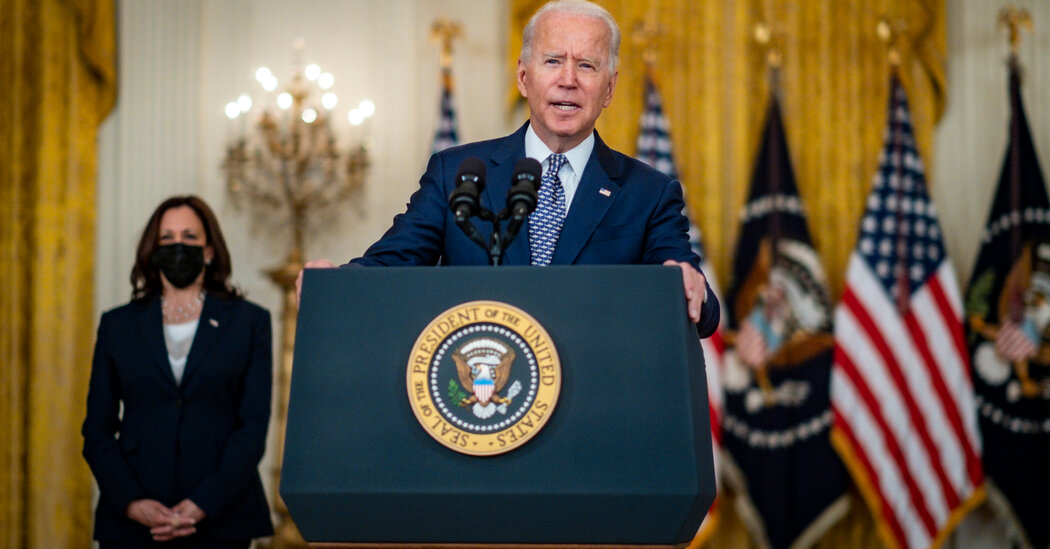 I want to thank a group of senators, Democrats and Republicans, for doing what they told me they would do. The death of this legislation was mildly premature, as reported. They said they’re willing to work in a bipartisan manner, and I want to thank them for keeping their word — that’s just what they did. After years and years of “infrastructure week,” we’re on the cusp of an infrastructure decade that I truly believe will transform America. America has often had the greatest prosperity and made the most progress when we invest in America itself. And that’s what this infrastructure bill does with overwhelming support from the United States Senate — 69 votes in the Senate. A vote margin bigger than the Interstate highway system passed the Senate in 1956. Makes key investments that will, one, create millions of good union jobs all across the country, in cities, small towns, rural and tribal communities. America, America, this is how we truly build back better. This bill is going to put people to work, modernizing our roads and our highways and our bridges. I know compromise is hard for both sides, but it’s important. It’s important, it’s necessary for democracy to be able to function. Just want to thank everyone on both sides of the aisle for supporting this bill. Today, we proved that democracy can still work.

Three months after placing their Encino, CA, mansion on the market, the pop star Joe Jonas and his wife, the actress Sophie Turner, have snagged a … END_OF_DOCUMENT_TOKEN_TO_BE_REPLACED

Eight people were arrested and three others indicted on Friday after an investigation into the death of Adam Oakes, a student at Virginia Commonwealth … END_OF_DOCUMENT_TOKEN_TO_BE_REPLACED