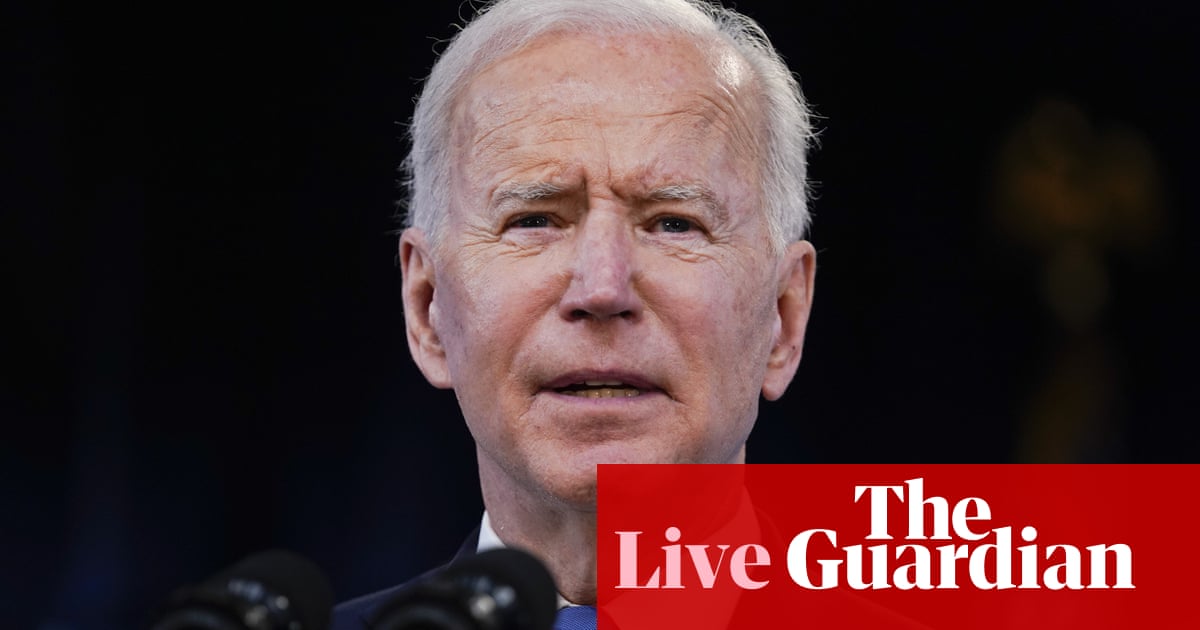 The Biden administration has so far deported more Haitians in a few weeks than the Trump administration did in a whole year, with the use of a highly controversial Trump-era public health order denying asylum seekers basic legal rights, according to a new report.

The report, The Invisible Wall, due to be published today by a coalition of immigrant rights groups, focuses on Title 42, part of the 1944 Public Health Service Act invoked a year ago by the Trump administration as grounds for summary expulsion of migrants because of the supposed health risk they posed during the Covid pandemic.

The Biden team has sought to place a moratorium on deportations of immigrants already in the country (though that moratorium has been blocked by a court order), but it has not stopped Title 42 expulsions of newly arrived migrants. The report found the pace of deportation flights to Haiti in particular had increased dramatically.

“More Haitians have been removed to Haiti in the weeks since President Joe Biden and Vice President Kamala Harris took office than during all of fiscal year 2020,” according to the Invisible Wall report, published by the Haitian Bridge Alliance, the Quixote Center, and the UndocuBlack Network.

In part at least, the rise in expulsions mirrors an increase in arrivals of Haitians at the border, misled by rumours and deliberate disinformation from people smugglers, that the Biden administration had relaxed the regime at the border. Most of the new arrivals have been waiting in Mexico for months hoping for a change in the rules affecting Haitians. Some of the deportees may also have been held in detention centres in the US.

The department of homeland security did not respond to a request for comment on Wednesday. The new administration has said it will take time to repair the Trump-era degradation of infrastructure for holding immigrants pending asylum requests.

Could this showdown with the NRA be different?

In April 2013, Sandy Hook father Mark Barden stood beside Barack Obama in the Rose Garden of the White House hours after the US Senate had voted down a bill that would have introduced universal background checks on all gun sales.

Standing in the Rose Garden directly behind Obama and Barden was the man entrusted with driving gun reform on to the statute books: Joe Biden. After the slaying of the school kids, Obama had given Biden the job of coming up with a plan for substantial legislation that would help prevent Sandy Hook happening again.

So what went wrong? Why didn’t Biden achieve meaningful reform at a time when the nation was deeply traumatized by a horrifying slaughter of its children?

A clue to what happened was given in one of the first of many meetings that Biden held with interested parties to discuss his proposals. The encounter, held at the White House, was with the lobby group that posed the greatest threat to his efforts: the National Rifle Association.

At the time the NRA, with more than 4m members and an iron grip on lawmakers whom it ranked according to their voting records, was widely feared as the most powerful gun lobby in the world. Wayne LaPierre, the NRA’s executive vice-president, had just days before issued his response to Sandy Hook, proposing in typically acerbic fashion that the way to prevent further mass shootings was to place armed guards in all schools.

“The only way to stop a bad guy with a gun is a good guy with a gun,” LaPierre said. In the ensuing months, gun sales soared. By all accounts, Biden’s head-to-head with the NRA did not go well. The White House, the lobby group hissed, had “an agenda to attack the second amendment … We will not allow law-abiding gun owners to be blamed for the acts of criminals and madmen.”

Read more of Ed Pilkington’s report here: Gun reform laws eluded Biden in 2013. Could this showdown with the NRA be different?

A couple of weeks ago he pointed out:

Ronald Reagan and Bill Clinton both did their first one after just nine days in office. Barack Obama waited 20 days. And Donald Trump had been president for only a week before giving his first news conference, where he fielded questions alongside then-British prime minister Theresa May.

But Joe Biden still hasn’t had a formal news conference since his inauguration on 20 January. The stretch is the longest a new president has gone without meeting the press in the past 100 years, dating back to when Calvin Coolidge, a man known as “Silent Cal,” was president, according to research by the American Presidency Project at the University of California at Santa Barbara.

You can imagine that the intention will get swept away in questions on guns and immigration, but the White House is hoping that President Joe Biden today will be able to tout his success in getting the Covid-19 relief bill through Congress so early in his administration.

Jonathan Lemire and Zeke Miller write for Associated Press that he is the first chief executive in four decades to reach this point in his term without holding a formal question-and-answer session. He’ll meet with reporters for the nationally televised afternoon event in the East Room of the White House.

“It’s an opportunity for him to speak to the American people, obviously directly through the coverage, directly through all of you,” White House press secretary Jen Psaki told reporters aboard Air Force One on Tuesday. “And so I think he’s thinking about what he wants to say, what he wants to convey, where he can provide updates, and, you know, looking forward to the opportunity to engage with a free press.”

Biden’s conservative critics have pointed to the delay to suggest that Biden was being shielded by his staff. West Wing aides have dismissed the questions about a news conference as a Washington obsession, pointing to Biden’s high approval ratings while suggesting that the general public is not concerned about the event.

Behind the scenes aides have taken the event seriously enough to hold a mock session with the president earlier this week. And there is some concern that Biden, a self-proclaimed “gaffe machine,” could go off message and generate a series of unflattering news cycles.

Firmly pledging his belief in freedom of the press, Biden has rebuked his predecessor’s incendiary rhetoric toward the media, including Donald Trump’s references to reporters as “the enemy of the people.” Biden restored the daily press briefing, which had gone extinct under Trump, opening a window into the workings of the White House.

Biden will point to a surge in vaccine distribution, encouraging signs in the economy and the benefits Americans will receive from the sweeping stimulus package.

But his appearance will come just a day after he appointed vice president Kamala Harris to lead the government’s response to the situation at the US-Mexico border, where the administration faces a growing humanitarian and political challenge that threatens to overshadow Biden’s legislative agenda. Pressure has mounted on the White House to back tougher gun measures ,and the White House has struggled to blunt a nationwide effort by Republican legislatures to tighten election laws.

Biden is expected to highlight blasting through his 100 million doses in 100 days timeline and the passage of his $1.9 trillion Covid-19 rescue bill, which, along with other social legislation in the planning stages, suggests that he is in the process of shaping the most progressive and ambitious Democratic presidency in decades.

But the 78-year-old commander-in-chief can expect a grilling on a fast-expanding front of tough issues coming at his administration on all sides, which shows how quickly unforeseen events can challenge a president. A surge in border crossings by migrant children appeared to catch a White House focused on the pandemic off guard and offered Republicans an opening as they seek to slow his momentum – and build their 2022 attack lines against Biden’s narrow Democratic congressional majority.

Biden is also under pressure to explain how he can make good on his calls for sweeping gun control reforms after two mass shootings in a week and while opposing a rewrite of Senate filibuster rules, which appears the only way for Democrats to get new laws on the books amid staunch GOP opposition.

Welcome to our live coverage of US politics for Thursday. Here’s where we are, and what we can expect to see today.

The poshest place in California's Coachella Valley is The Madison Club. This exclusive gated community in La Quinta is where A-listers and tycoons … END_OF_DOCUMENT_TOKEN_TO_BE_REPLACED

KOROPY, Ukraine — Four men tugged at long strips of fabric to lift a coffin out of the gaping hole in the backyard of a small house. They flung the … END_OF_DOCUMENT_TOKEN_TO_BE_REPLACED