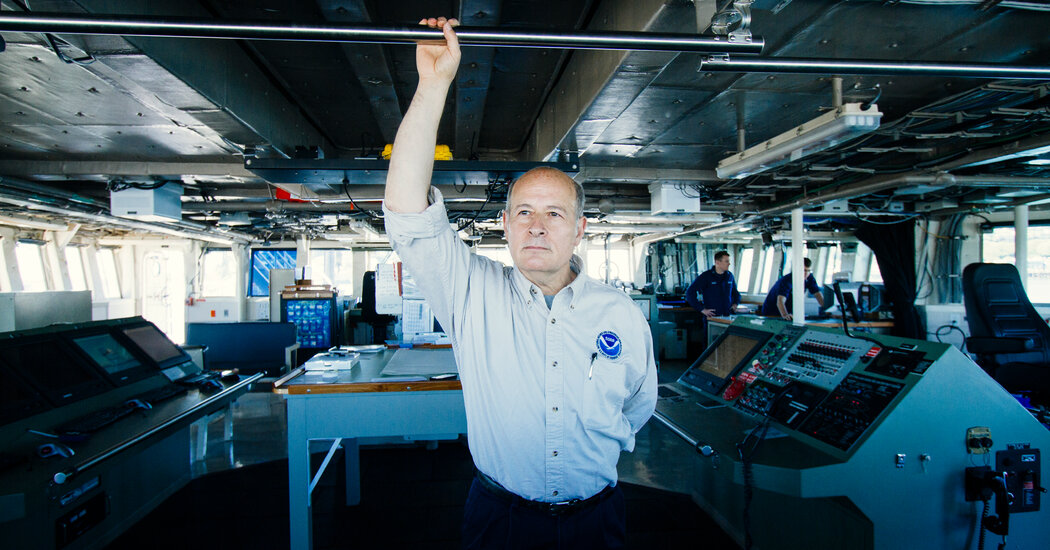 President Biden on Thursday announced he would nominate Rick Spinrad, a professor of oceanography at Oregon State University, to head the National Oceanic and Atmospheric Administration, the country’s premier climate science agency.

The announcement potentially marks a new chapter for NOAA, which was at times a source of tension for former President Donald J. Trump, who publicly sparred with the agency’s scientists and was unable to get any of his nominees to lead it confirmed by the Senate. NOAA has been without a Senate-confirmed leader for the longest period since it was created in 1970.

In 2019, Mick Mulvaney, who was Mr. Trump’s acting White House chief of staff at the time, pushed NOAA to disavow statements by its weather forecasters that contradicted what the president had said about the path of Hurricane Dorian. Last year, the administration removed NOAA’s chief scientist from his role and installed people who questioned the science of climate change in senior roles at the agency.

Dr. Spinrad is a former chief scientist at NOAA, where he also led the agency’s research office and the National Ocean Service. The timing of Mr. Biden’s announcement was notable — on Earth Day amid a two-day climate summit in which he committed the United States to cutting emissions by half by the end of the decade.

“We commend the Biden administration for continuing to nominate credible and well-qualified candidates who understand the urgency of the climate crisis,” Sally Yozell, the director of the environmental security program at the Stimson Center, a Washington think tank, said in a statement.

Rear Adm. Jonathan White, the president and chief executive of the Consortium for Ocean Leadership, called Dr. Spinrad “an excellent choice for this important role.”

There were no arrests in three quarters of last year’s fatal shootings, according to statistics provided by Mr. Krasner’s office, even as arrests for … END_OF_DOCUMENT_TOKEN_TO_BE_REPLACED