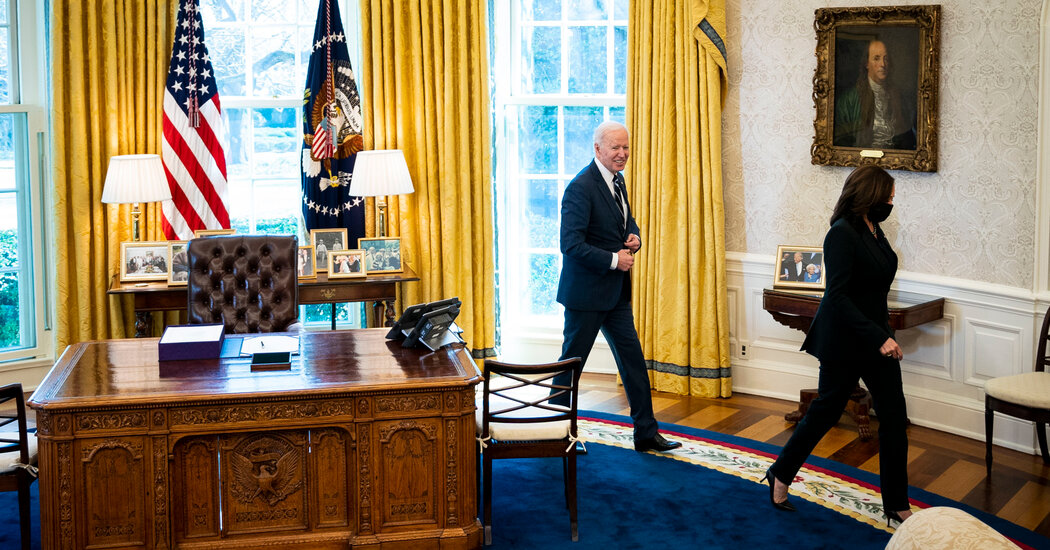 One day after President Biden issued a televised address promising that his $1.9 trillion American Rescue Plan could help lift up an economy stunned by the coronavirus pandemic, he is expected to celebrate passing the package into law with a group of Democrats at the White House.

Since the plan was passed with no Republican support, the signing celebration, planned for the Rose Garden on Friday afternoon, will be a “bicameral” but not “bipartisan” event, Jen Psaki, the White House press secretary, told reporters on Thursday. Nancy Pelosi, the speaker of the House, along Representative Steny H. Hoyer, the No. 2 Democrat, are expected to attend, as is Chuck Schumer, the Senate majority leader.

The event will amount to a victory lap for a White House that has rolled out a media blitz to hail the largest federal infusion of aid to the poor in generations. And the event will be part of a campaign by Democrats to sell the landmark legislation to people who are politically opposed to it. Mr. Biden, Vice President Kamala Harris and Jill Biden, the first lady, are among the figures who will soon travel around the country to promote the particulars of the plan.

The legislation substantially expands the child tax credit and increases subsidies for health insurance. Restaurants will get financial help and state governments will get an infusion of aid. Among its many other provisions, the plan provides some $130 billion to assist in reopening schools.

“This historic legislation is about rebuilding the backbone of this country,” Mr. Biden said to reporters who had gathered in the Oval Office on Thursday, “and giving people in this nation, working people, the middle-class folks, people who built the country, a fighting chance.”

Mr. Biden has also encouraged Americans to receive vaccines and practice social distancing. On Thursday evening, he said that he would use his executive authority to require states to make all adults eligible for the vaccine by May 1, with a broad goal that life could return to some semblance of normalcy by July 4.

The poshest place in California's Coachella Valley is The Madison Club. This exclusive gated community in La Quinta is where A-listers and tycoons … END_OF_DOCUMENT_TOKEN_TO_BE_REPLACED

KOROPY, Ukraine — Four men tugged at long strips of fabric to lift a coffin out of the gaping hole in the backyard of a small house. They flung the … END_OF_DOCUMENT_TOKEN_TO_BE_REPLACED