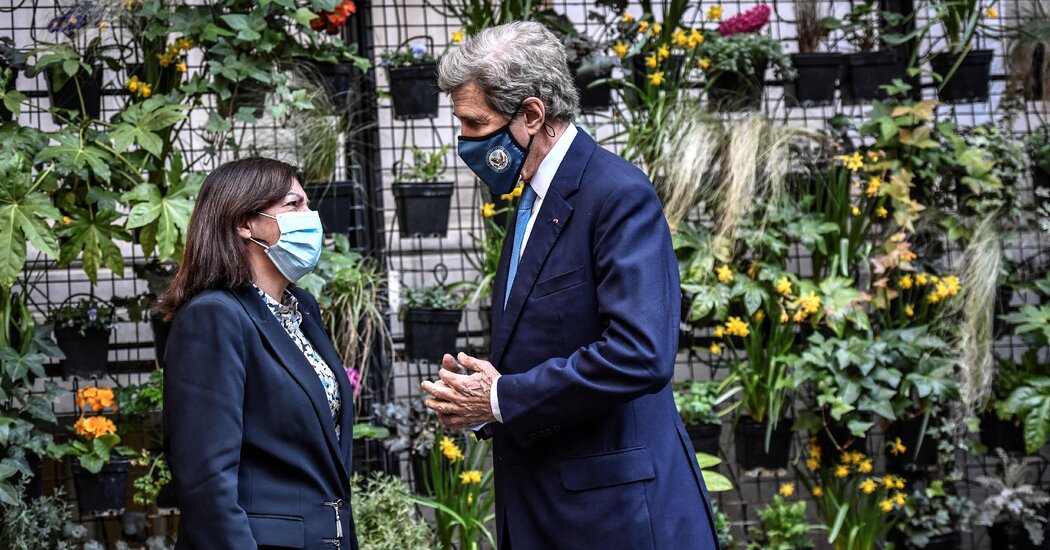 “In the Obama administration climate change was a huge priority, but climate generally was dealt with by specialists, only in kind of a niche area in different departments,” said Jon Finer, Mr. Biden’s deputy national security adviser and a former chief of staff to Mr. Kerry. He added that now the issue is “a core element of our overall strategy, not just a free-standing priority.”

But climate activists said they found it difficult to square that assertion with some of the administration’s recent decisions, particularly on the O.E.C.D.

According to multiple people familiar with the closed-door process under which nations selected Mathias Cormann of Australia, the Biden administration supported his rival, Cecilia Malmström of Sweden. But the United States is typically the kingmaker in the international economic policy forum, with a traditionally strong voice on the O.E.C.D. director. Activists have charged that Mr. Cormann could never have succeeded if the Biden administration had strongly opposed him.

“If you want to be seen as a climate champion in the world, then you need to be fighting for a candidate that understands climate science and is ready to act and lead an organization like the O.E.C.D.,” said Jennifer Morgan, executive director of Greenpeace International.

“It does not seem that the Biden administration made this a top priority, and that’s clearly disappointing,” she added.

Climate advocates worldwide had mounted a fierce campaign against Mr. Cormann, as did the British Labour Party and Australia’s Green Party. In a letter to the O.E.C.D., nearly 30 influential academics, activists and leaders of research organizations said Mr. Cormann’s record of “thwarting effective climate action” should disqualify him from leading the organization that must push developed nations to dramatically reduce emissions. As Australia’s finance minister from 2013 to 2020, Mr. Cormann helped abolish the country’s carbon pricing scheme, failed to take any steps to curb carbon pollution and described restrictions that commercial banks had placed on coal lending as “very, very disappointing.”

Alden Meyer, a senior associate at E3G, a European climate change think tank, said Mr. Cormann’s selection “raises real questions about whether the countries that supported him are serious about transforming the global economy as we need to do if we’re going to avoid climate catastrophe, or if they were just trading it off against some other interest.”

You were seeing double this week: A spectacular $54 million compound featuring two equally luxurious mansions separated by a private lake in Southwest … END_OF_DOCUMENT_TOKEN_TO_BE_REPLACED