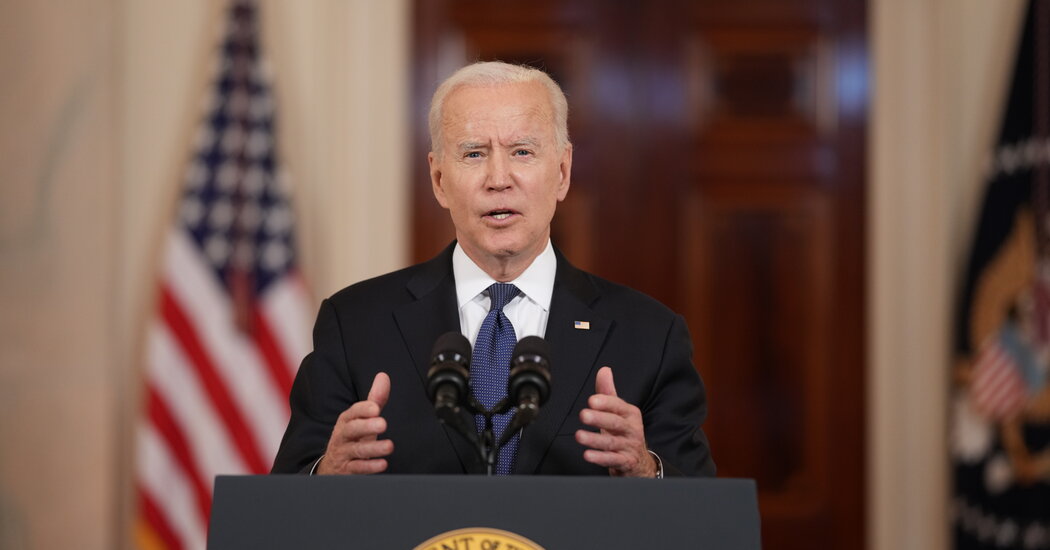 President Biden said on Thursday that Israel and Hamas had agreed to a “mutual, unconditional” cease-fire and expressed condolences to the families of the victims of the worst fighting in years in the region.

Folks, I just spoke with Prime Minister Netanyahu. Earlier today, I spoke with the President al-Sisi of Egypt. Prime Minister Netanyahu informed me that Israel has agreed to a mutual, unconditional cease-fire to begin in less than two hours. The Egyptians have now informed us that Hamas and the other groups in Gaza have also agreed. My conversation with President Netanyahu — I commend him for the decision to bring the current hostilities to a close within less than 11 days. The United States fully supports Israel’s right to defend itself against indiscriminate rocket attacks from Hamas and other Gaza- based terrorist groups that have taken the lives of innocent civilians in Israel. I extend my sincere gratitude to President al-Sisi and the senior Egyptian officials who played such a critical role in this diplomacy. I also appreciate the contributions of other parties in the region who have been engaged in working toward the end of hostilities. These hostilities have resulted in the tragic deaths of so many civilians, including children. And I send my sincere condolences to all the families, Israeli and Palestinian, who have lost loved ones and my hope for a full recovery for the wounded. I believe the Palestinians and Israelis equally deserve to live safely and securely and enjoy equal measures of freedom, prosperity and democracy. My administration will continue our quiet, relentless diplomacy toward that end.

AUSTIN, Texas--(BUSINESS WIRE)--As the first multifamily management company to be recognized in the Public Relations and Marketing Excellence Awards, … END_OF_DOCUMENT_TOKEN_TO_BE_REPLACED

There have been whispers of cooling housing and rental prices in the San Francisco Bay Area, but that hasn't yet translated into practical, noticeable … END_OF_DOCUMENT_TOKEN_TO_BE_REPLACED

Cars pass in Independence Square at twilight in Kyiv, Ukraine, Monday, Oct. 31, 2022. Rolling ... [+] blackouts are increasing across Ukraine as the … END_OF_DOCUMENT_TOKEN_TO_BE_REPLACED