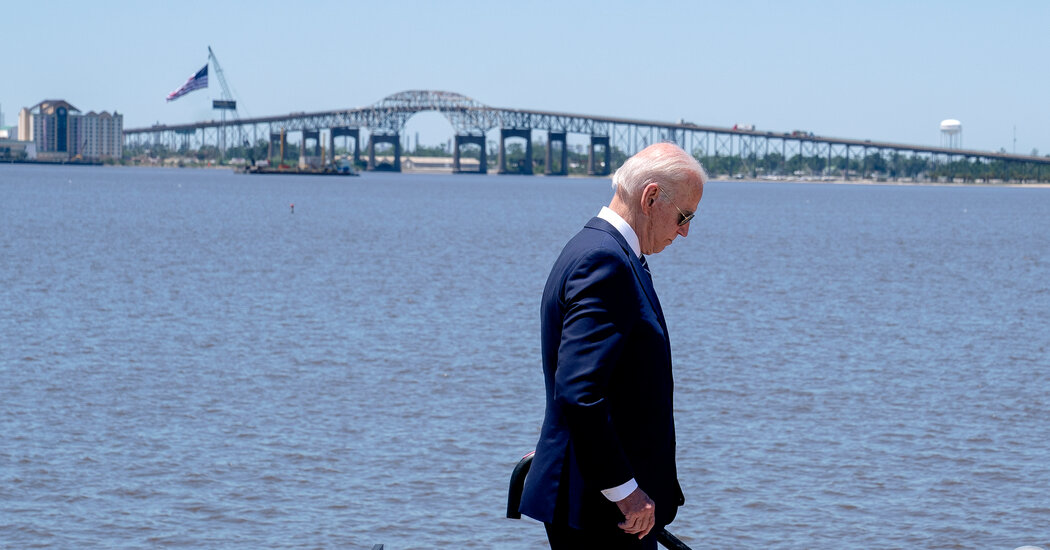 President Biden on Wednesday will meet with Republican and Democratic leaders from both houses of Congress for the first time since taking office, pressing them on his proposals to spend $4 trillion for infrastructure and families.

Mr. Biden is scheduled to meet with Senator Chuck Schumer, Democrat of New York and the majority leader, and Senator Mitch McConnell, Republican of Kentucky and the minority leader, and their counterparts in the House, Speaker Nancy Pelosi of California and Representative Kevin McCarthy of California, the minority leader, according to people familiar with the meeting. They will discuss the $1.8 trillion American Families Plan, which seeks to expand access to education, reduce the cost of child care and support women in the work force, and the $2.3 trillion American Jobs Plan, which is aimed at infrastructure spending.

Republicans have balked at the idea of spending an additional $4 trillion after they helped pass $1.9 trillion in stimulus spending at the start of Mr. Biden’s term. Some Republican members of Congress have proposed smaller packages aimed at more targeted improvements to infrastructure and have said that Mr. Biden’s proposals amount to a tax increase on middle class Americans.

Jen Psaki, the White House press secretary, said on Tuesday that the president wants the meeting to be “a discussion about where we can find common agreement, where there’s an opportunity to work together moving forward.”

spending is necessary to create jobs and ensure that the economic recovery from one of the nation’s deepest recessions doesn’t lose momentum. They have defended the infrastructure proposal from criticism that it includes too much spending on social services programs unrelated to the traditional road-rail-and-sewer definition of infrastructure.

The meeting on Wednesday comes less than a week after a disappointing jobs report, which showed only 266,000 new jobs added in April. Republicans pointed to the data point as proof that Mr. Biden’s policies were creating a labor shortage and that his spending proposals threatened to stoke runaway inflation

AUSTIN, Texas--(BUSINESS WIRE)--As the first multifamily management company to be recognized in the Public Relations and Marketing Excellence Awards, … END_OF_DOCUMENT_TOKEN_TO_BE_REPLACED

There have been whispers of cooling housing and rental prices in the San Francisco Bay Area, but that hasn't yet translated into practical, noticeable … END_OF_DOCUMENT_TOKEN_TO_BE_REPLACED

Cars pass in Independence Square at twilight in Kyiv, Ukraine, Monday, Oct. 31, 2022. Rolling ... [+] blackouts are increasing across Ukraine as the … END_OF_DOCUMENT_TOKEN_TO_BE_REPLACED