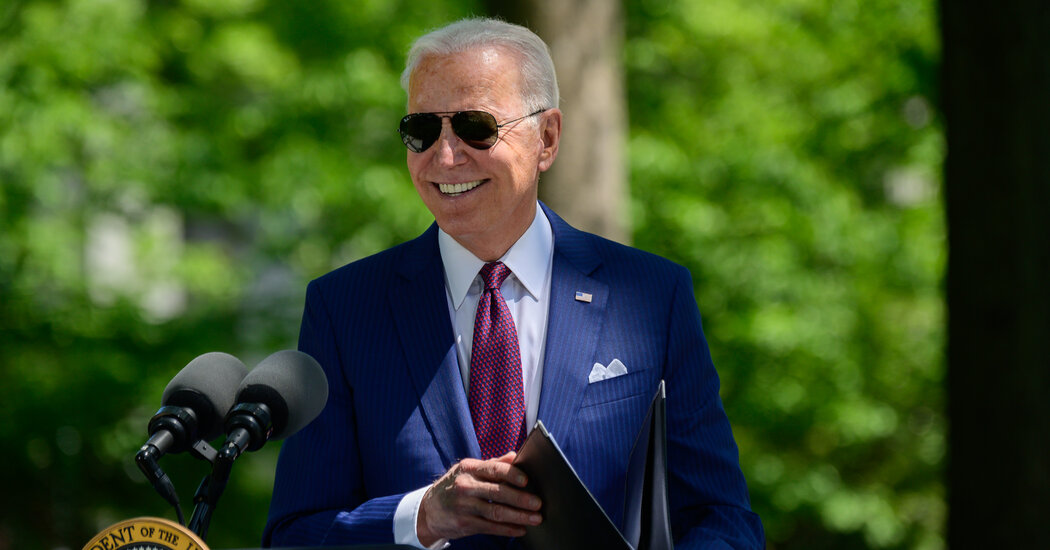 President Biden is a man with a plan. Three plans, actually.

On Wednesday, Mr. Biden announced the third blockbuster domestic funding proposal of his presidency, hours before his first speech before a joint session of Congress. Mr. Biden’s plans add up to about $6 trillion and reflect an ambition to restore the federal government to the role it played during the New Deal and Great Society.

Here is what the plans — one passed and two pending — would do.

Mr. Biden’s coronavirus relief bill, passed in the Senate by a 50-to-49, party-line vote in March, was a sequel to the $2.2 trillion pandemic relief bill enacted during the Trump administration a year ago.

The centerpiece of the bill was a one-time direct payment of up to $1,400 for hundreds of millions of Americans, along with a $300 weekly federal supplement to unemployment benefits through the summer, and money for distributing vaccines.

It adds $20 billion worth of tax credits for the construction and renovation of 500,000 units of affordable housing, an additional $40 billion for public housing capital improvements, and $100 billion for building and upgrading public schools.

About $300 billion is slated for assisting manufacturers and small businesses, and improving access to capital and investment in clean energy, along with $100 billion for work force development.

raising the corporate tax rate, which Republicans have cut in recent years, to 28 percent from 21 percent and forcing multinational corporations to pay significantly more in taxes.

The Biden administration on Wednesday detailed a collection of spending increases and tax cuts that seeks to expand access to education, reduce the cost of child care and support women in the work force.

While some details remain vague, the plan includes $1 trillion in new spending and $800 billion in tax credits.

It includes a $225 billion investment in federally subsidized child care and a paid family and medical leave program that will cost about $225 billion over the next decade as well as a $200 billion reduction in premiums for people enrolled in the Affordable Care Act.

It would also provide $200 billion in new education funding that would include free universal preschool for 5 million children in low-income and working-class families. In addition, Mr. Biden is also requesting funding for two free years of community college education to all Americans, including young immigrants known as the Dreamers.

How he would pay for it: The plan includes $80 billion in enhancements to the I.R.S., which the administration estimates could raise $700 billion from high earners and corporations that evade taxes.

Mr. Biden also wants to increase the marginal income tax rate for the top 1 percent of American income earners, to 39.6 percent from 37 percent and raise capital gains and dividend tax rates for those who earn more than $1 million a year.

AUSTIN, Texas--(BUSINESS WIRE)--As the first multifamily management company to be recognized in the Public Relations and Marketing Excellence Awards, … END_OF_DOCUMENT_TOKEN_TO_BE_REPLACED

There have been whispers of cooling housing and rental prices in the San Francisco Bay Area, but that hasn't yet translated into practical, noticeable … END_OF_DOCUMENT_TOKEN_TO_BE_REPLACED

Cars pass in Independence Square at twilight in Kyiv, Ukraine, Monday, Oct. 31, 2022. Rolling ... [+] blackouts are increasing across Ukraine as the … END_OF_DOCUMENT_TOKEN_TO_BE_REPLACED