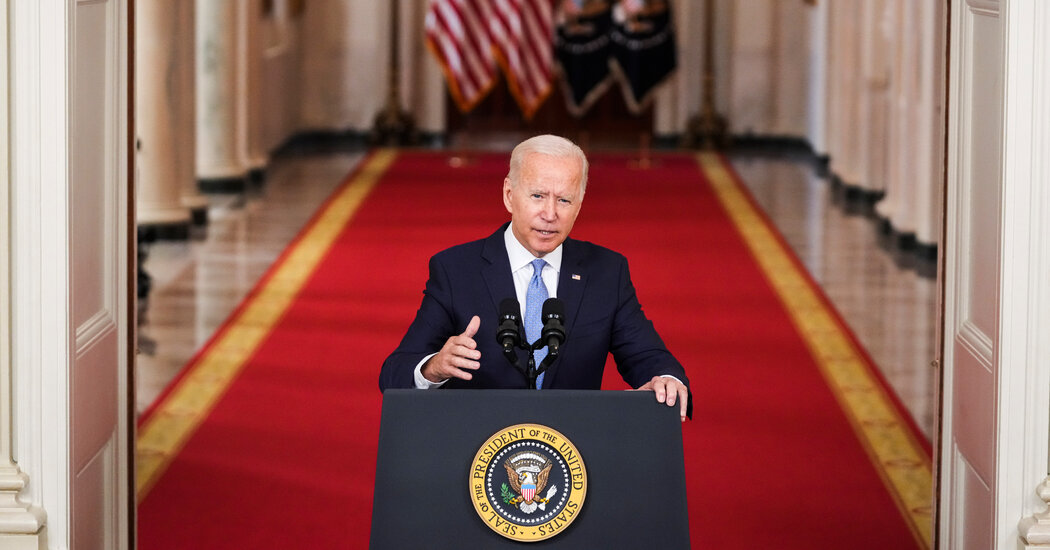 This decision about Afghanistan is not just about Afghanistan. It’s about ending an era of major military operations to remake other countries. We saw a mission of counterterrorism in Afghanistan, getting the terrorists to stop the attacks, morph into a counterinsurgency, nation building, trying to create a democratic, cohesive and united Afghanistan. Something that has never been done over many centuries of Afghan’s history. Moving on from that mind-set and those kind of large-scale troop deployments will make us stronger and more effective and safer at home.

And for anyone who gets the wrong idea, let me say clearly: To those who wish America harm, to those engaged in terrorism against us or our allies, know this. The United States will never rest. We will not forgive. We will not forget. We will hunt you down to the ends of the Earth, and you will pay the ultimate price.

And I’ve been clear that human rights will be the center of our foreign policy. But the way to do that is not through endless military deployments, but through diplomacy, economic tools and rallying the rest of the world for support.

My fellow Americans, the war in Afghanistan is now over. I’m the fourth president that must face the issue of whether and when to end this war. When I was running for president, I made a commitment to the American people that I would end this war. Today I’ve honored that commitment. It was time to be honest with the American people again. We no longer had a clear purpose in an open-ended mission in Afghanistan. After 20 years of war in Afghanistan, I refuse to send another generation of America’s sons and daughters to fight a war that should’ve ended long ago.

I refuse to continue a war that was no longer in the service of the vital national interests of our people. And most of all, after 800,000 Americans serving in Afghanistan — I’ve traveled that whole country. Brave and honorable service. After 20,744 American servicemen and -women injured, and the loss of 2,461 American personnel, including 13 lives lost just this week, I refuse to open another decade of warfare in Afghanistan.

Danny DeVito and Rhea Perlman have listed their cozy two-bedroom Los Angeles retreat for  $1.55 million.DeVito, who stars in "It's Always … END_OF_DOCUMENT_TOKEN_TO_BE_REPLACED