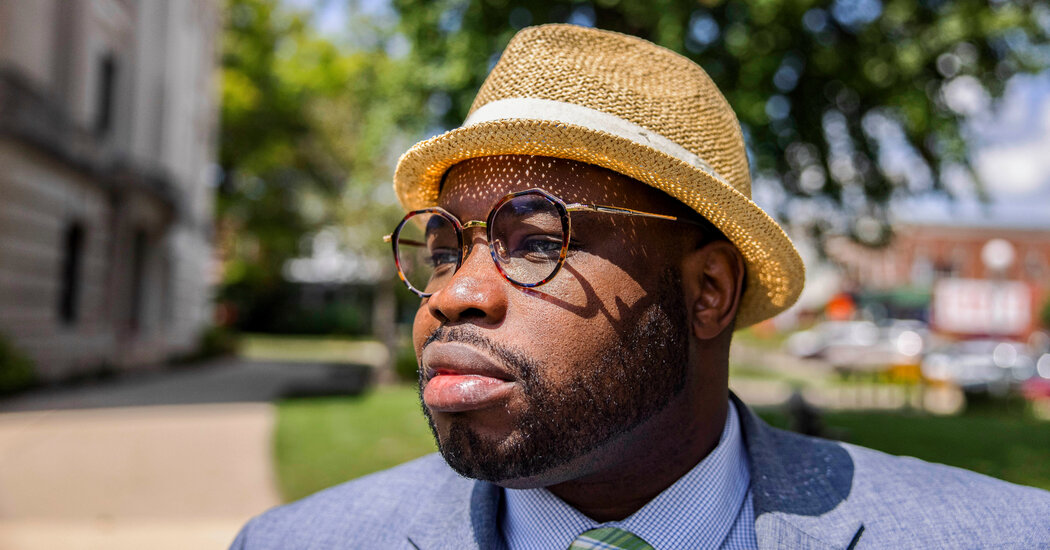 “No talk of a noose,” Mr. Hennessy said. “No talk of a rope. No talk of a lynching. No ‘white power.’ You don’t have all the video. Mr. Booker said he survived this near lynching, yet he stays to videotape people as he race-baits them.”

At the news conference, Mr. Booker, the representatives from the local N.A.A.C.P. chapter and his lawyer all reiterated that the other side had been making the same bogus claims since last July about what happened. They are not aware of anything new the special prosecutor has uncovered. The only concrete development, they said, is that Ms. Leerkamp has been pressuring Mr. Booker to engage in a mediated resolution with the two men facing felony charges in the attack.

As The Washington Post reported on Tuesday, Mr. Booker has said that he is not interested in mediation because he would have to sign a confidentiality agreement and publicly forgive the men, whose charges would be dropped.

Mr. Booker’s lawyer, Katharine Liell, who says she has been practicing criminal defense in Indiana for 30 years, called the development “unprecedented.”

“I have never seen a special prosecutor open a new case and file it against somebody a year later,” she said.

The report by the Department of Natural Resources highlights discrepancies in both what various parties said occurred and in their views of what is racist. Mr. Cox, for example, denied that his or any of his friends’ actions against Mr. Booker were “racially motivated.” But he admitted to using a vile phrase mocking Black people’s hair, which the N.A.A.C.P. referred to as a “racist taunt” in a statement last week.

In the report, the men accused of attacking Mr. Booker and their friends deny saying or hearing anything about a noose. In contrast, Mr. Booker and other witnesses recalled hearing a man saying “go get a noose” several times. It was the noose remarks, one witness said, that signaled to them that they should start recording video.

Some of the dispute also focuses on whether Mr. Booker was defending himself on public property or trespassing on private property owned by the McCord family, friends of his attackers. According to the report, the boundaries in that area are confusing. Land owned by the Hoosier National Forest, the McCord family and the U.S. Army Corps of Engineers touch in some parts without clear delineation. But after a review, a conservation officer with the Department of Natural Resources concluded that the tree Mr. Booker was pinned to grows on land owned by the U.S. Army Corps of Engineers.

The Mississippi River town of Ste. Genevieve, MO, might be the ideal spot for a buyer in search of a refreshing idea.This mixed-use structure on the … END_OF_DOCUMENT_TOKEN_TO_BE_REPLACED

More From ForbesJan 26, 2022,09:00am ESTCompany Named For Jetsons Son Unveils Autonomous Cargo EVTOL Drone Of The Near … END_OF_DOCUMENT_TOKEN_TO_BE_REPLACED

The prison in Hasaka where thousands of Islamic State fighters are held, in 2019.Credit...Ivor Prickett for The New York TimesThe prison at the center … END_OF_DOCUMENT_TOKEN_TO_BE_REPLACED