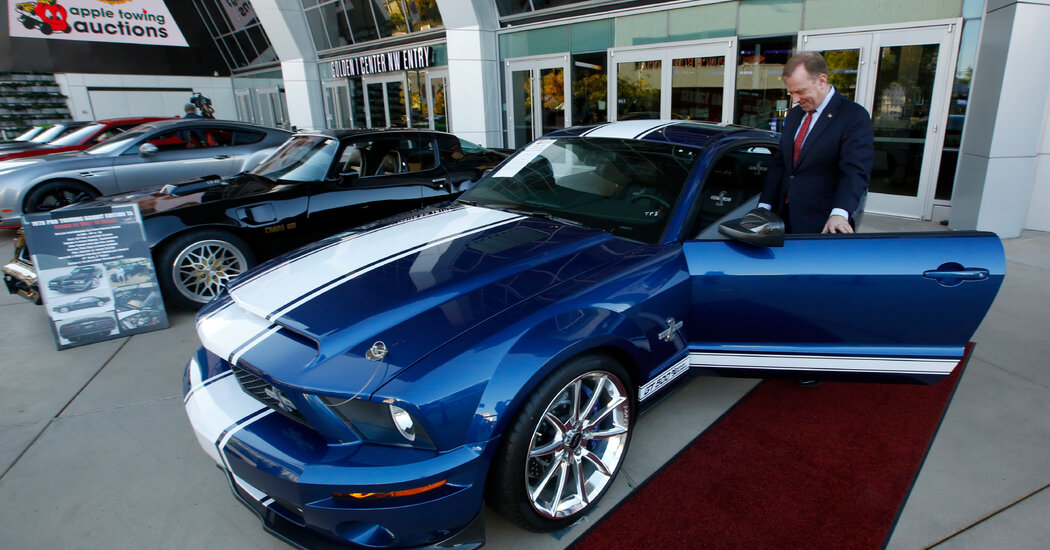 An owner of a California solar company was sentenced this week to 30 years in prison for orchestrating a $1 billion Ponzi scheme and using the money to make extravagant purchases, including luxury estates, more than 100 cars and a minor league baseball team, federal prosecutors said.

Jeff Carpoff, 50, received the maximum sentence on Tuesday after he and his wife, Paulette Carpoff, 47, pleaded guilty in January 2020 to a scheme that involved selling investors mobile solar generators, at least half of which didn’t exist, according to the U.S. Attorney’s Office for the Eastern District of California. Ms. Carpoff will be sentenced next week.

From 2011 to 2018, the company claimed, it manufactured 17,000 generators, which are portable power systems, according to prosecutors and a criminal complaint filed in 2020 by the Securities and Exchange Commission. The company, DC Solar, in Benicia, Calif., is now defunct.

DC Solar lured investors by falsifying financial statements and lying about the potential revenue from leasing the machines, also known as M.S.G.s, for which they could receive tax credits, the U.S. attorney’s office said in a statement on Tuesday. The money that the investors received did not come from lease revenue, but rather from payments by new investors, prosecutors said.

Seventeen investors lost money in the scheme, according to the S.E.C.’s complaint. Warren Buffett’s Berkshire Hathaway was among the investors, the company said in a 2019 quarterly report.

About $120 million in assets have been recouped from the scheme, which will be paid back to the investors, prosecutors said last year.

statement from the S.E.C.

Since Bernard L. Madoff was accused of running a $50 billion Ponzi scheme in 2008, the S.E.C. has been more aggressive in Ponzi scheme prosecutions.

The agency in 2019 charged William Neil Gallagher, a Texas radio host, with running a Ponzi scheme that defrauded listeners of his Christian radio show of at least $23 million. He was sentenced in Texas this month to three life terms.

In April, Zachary J. Horwitz, an actor known as Zach Avery, was arrested on wire fraud charges and accused by the agency of defrauding investors in a Ponzi scheme worth at least $227 million.

AUSTIN, Texas--(BUSINESS WIRE)--As the first multifamily management company to be recognized in the Public Relations and Marketing Excellence Awards, … END_OF_DOCUMENT_TOKEN_TO_BE_REPLACED

There have been whispers of cooling housing and rental prices in the San Francisco Bay Area, but that hasn't yet translated into practical, noticeable … END_OF_DOCUMENT_TOKEN_TO_BE_REPLACED

Cars pass in Independence Square at twilight in Kyiv, Ukraine, Monday, Oct. 31, 2022. Rolling ... [+] blackouts are increasing across Ukraine as the … END_OF_DOCUMENT_TOKEN_TO_BE_REPLACED