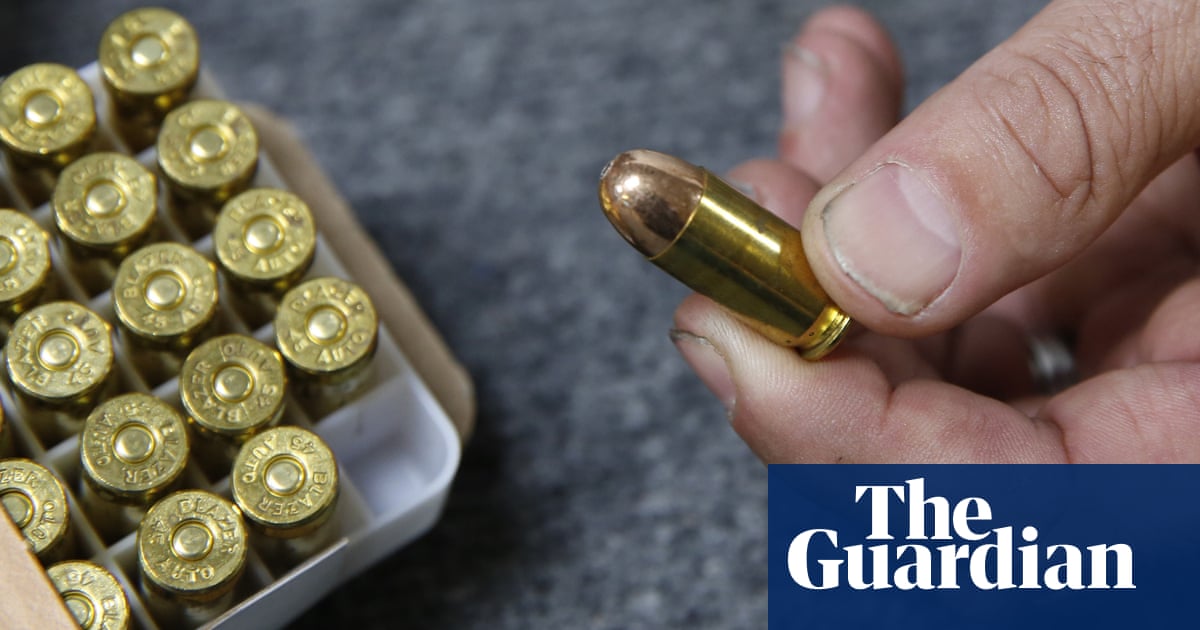 Gun control advocates are making a new attempt to force the gun industry to comply with a unique California law that requires bullet casings to be “microstamped”, a measure that has been toothless since it was approved more than a decade ago.

California’s 2007 law requires gun manufacturers to adopt microstamping technology on new types of handguns introduced in the state. The intent was to imprint a unique set of microscopic characters on all cartridge casings when weapons are fired, linking bullet casings to the guns that discharged them.

The bill by the Democratic assemblyman Jesse Gabriel, co-founder of the legislature’s gun violence prevention working group, would add law enforcement starting in 2023.

“The main priority here is to really overcome the obstinance from gun manufacturers,” Gabriel told the Associated Press. “They’ve resisted at every step of the way.”

Gunmakers have vigorously opposed the microstamp law, arguing the technology is unreliable. To get around complying with it, they have not introduced new gun models in California since the law was passed.

“It sounds great on paper but … it doesn’t hold up,” Oliva said.

Oliva argued it could take up to 10 bullet casings to piece together one complete digital identifier that could determine the weapon that fired the bullets. He also said the technology could be easily defeated by sanding the microstamp off the firing pin in much the same way that criminals erase guns’ serial numbers. And the microstamps would eventually wear off the firing pins, Oliva said, because law enforcement officers may fire thousands of rounds with their service weapons in training alone.

Last year, California enacted a law easing the requirement for two microstamps on each shell casing to one, with proponents citing legal filings in which the industry said it could meet that standard. Another bill this year would keep the two-stamp requirement in place until July 2022.

Meanwhile, gun owners’ rights groups are challenging the microstamp law before a federal judge who has already rejected the state’s ban on ammunition magazines holding more than 10 bullets and its law requiring background checks to buy ammunition, decisions that the state is appealing to the ninth US circuit court of appeals. The US district judge Roger Benitez in San Diego is also considering throwing out the state’s ban on assault weapons.

Aside from the microstamping requirement, the groups object to a provision of the law that would require the state to remove three models of handguns from its approved list for every new model allowed to be sold in California starting on 1 July 2022.

No other US state has the microstamping law, but Gabriel said the most populous state requiring technology for law enforcement should change that.

“We’re going to create a market for microstamp guns. There are 86,000 active law enforcement officers in the state of California. Folks are going to want to sell to them, want to be able to compete in that market,” Gabriel said. “This is technology that benefits law enforcement, that is going to help them in their investigations.”

GREENVILLE, N.C.--(BUSINESS WIRE)--Employers aiming to win the war on talent have a new “A” team to tap into: college and professional athletes. … END_OF_DOCUMENT_TOKEN_TO_BE_REPLACED

Mortgage rates are likely to rise in July, extending a seven-month streak. High inflation, and the Federal Reserve's efforts to control it, have … END_OF_DOCUMENT_TOKEN_TO_BE_REPLACED