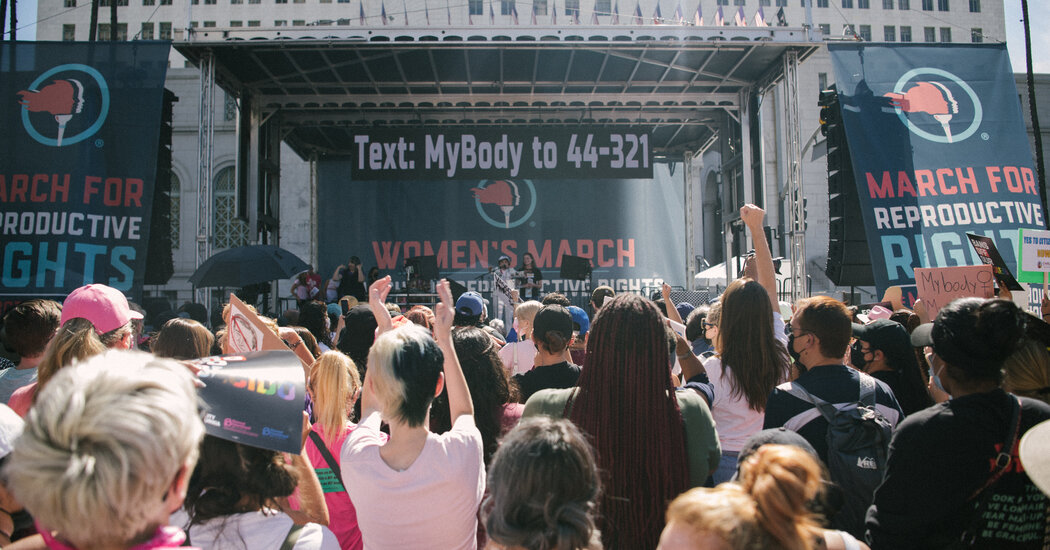 Political leaders in California said on Wednesday that they would work to make the state a sanctuary for women seeking abortions if a Supreme Court ruling allows the procedure to be banned in more conservative parts of the country.

The proposal, which was released with the backing of Gov. Gavin Newsom and the leaders of California’s two legislative chambers, calls for increasing funding for abortion providers and dozens of other measures to make it easier for clients to access abortion services and providers to get paid. It also includes a recommendation to fund the procedure for low-income women who come to California for abortion services.

Toni G. Atkins, the head of California’s Senate, whose office helped prepare the proposal, said the details of how abortions would be funded for out-of-state women would have to be negotiated in the State Legislature next year but could be a mixture of state and private funds.

“We consider this an incredibly critical moment in the history of women’s rights,” Ms. Atkins said in an interview. “We want to let people know that we are going to be part of the solution, that we are a beacon.”

bitterly divided U.S. Supreme Court, which last week appeared to be on the verge of upholding a Mississippi law that bans most abortions after 15 weeks of pregnancy, a ruling expected next year that could reverberate across the country.

Many of the recommendations in the proposal call for increased funding of abortion services regardless of how the Supreme Court decides. But political leaders recognize that the state could see much greater strain on abortion providers if the court rules to overturn Roe v. Wade.

Twenty-one states have anti-abortion laws already in place that could be put in effect if Roe is overturned, according to the Guttmacher Institute, a research group that advocates abortion rights.

Anti-abortion activists were unsparing in their criticism of California’s efforts. Lila Rose, the California-based president of Live Action, an anti-abortion group, said the state’s proposal was evil. “More like a slaughter house than a sanctuary,” she wrote on Twitter. “Horrific.”

Mary Rose Short, the director of outreach for California Right to Life, an organization that is against terminating pregnancies and tries to change the minds of women who are headed to abortion clinics, said the proposal to fund abortions for out-of-state women showed that California prioritized abortion over childbirth.

issued an official proclamation that California was a “reproductive freedom state.”

The recent report was prepared by Ms. Atkins’s office in partnership with reproductive health organizations such as Planned Parenthood that teamed together under an umbrella group called the California Future of Abortion Council.

In a statement released on Wednesday, the head of Planned Parenthood Affiliates of California, Jodi Hicks, said her organization had “already been feeling the impact of restrictive abortion laws,” serving 7,000 out-of-state clients over the past year, including patients from Texas after a law went into effect three months ago that essentially banned abortions after six weeks of pregnancy.

A sample of the fantasti Filipino food at London's Kasa & Kin and Romulo CafeKasa & KinGrowing up between the UK and US, I found it extremely … END_OF_DOCUMENT_TOKEN_TO_BE_REPLACED