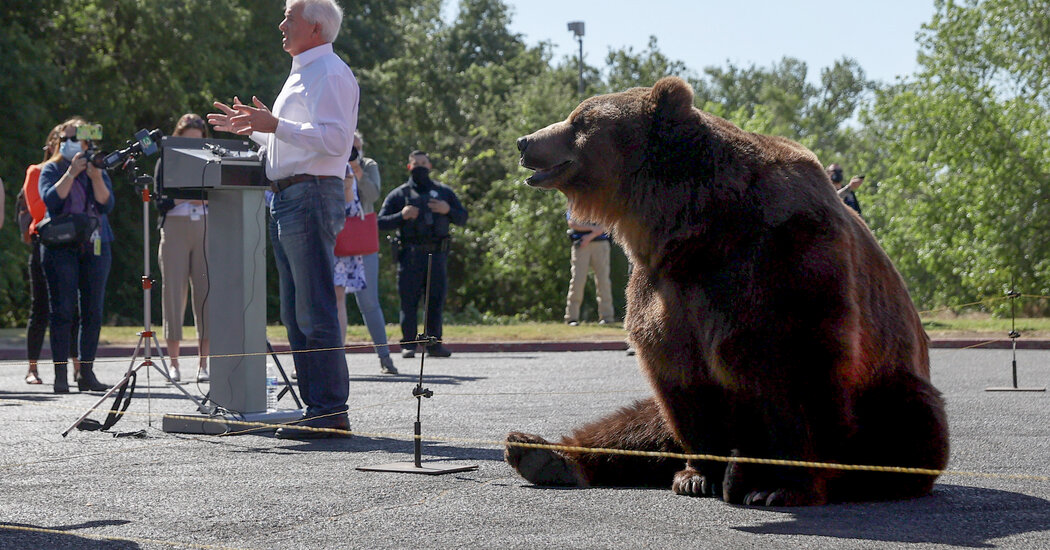 John Cox, a Republican running for governor in California, has been criticized by animal welfare activists for including a bear in a campaign event in Sacramento.

We’ve got a beautiful coastline. We’ve got beautiful natural resources. Heck, we even have a beautiful governor. I think we can all agree that what’s going on in California today is anything but beautiful. We’ve got businesses closed. We’ve got kids who are still staring at a screen, including my own 16-year-old. We’re looking at another year of fires, shortages of energy, electricity, water — homelessness is worse. Taxes are skyrocketing, along with the cost of living. And then our beautiful governor decides to go to the French Laundry restaurant and have dinner with lobbyists and friends, in violation of his own rules. He went into that with a hypocrisy because that’s who his bosses are, the interest groups and the lobbyists. And this became a national phenomenon, as you all know.

It’s a property that offers a unique open floor plan—plus a hot tub with a view.“It was a Methodist church located in a historic little area of St. … END_OF_DOCUMENT_TOKEN_TO_BE_REPLACED