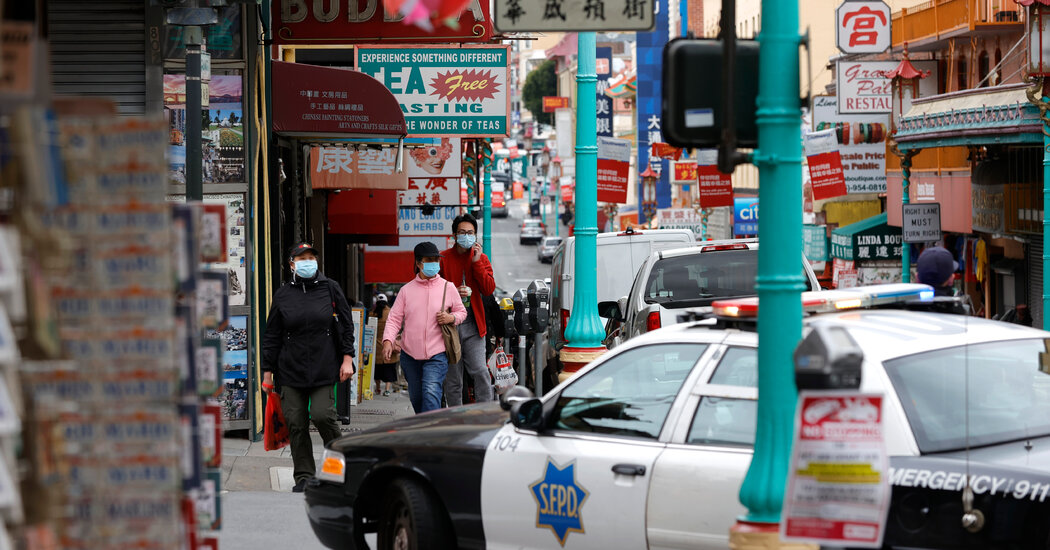 Once again, people across the country and in California are shocked and upset about violence against people of Asian descent — this time because of killings in Georgia.

On Tuesday night, a gunman opened fire at three spas in the Atlanta area, killing eight people. The police said on Wednesday that the white man charged with murder in the attacks, Robert Aaron Long, told them he had a sexual addiction and had attacked the massage parlors to eliminate his temptation. The authorities said they did not believe that there was a racial motive for the shootings but had not ruled it out.

However, six of the victims were women of Asian descent, raising fears among Asian-Americans that they are being targeted for attacks because of their ethnic heritage. Nationwide, Asian-Americans and Pacific Islanders were the targets of nearly 3,800 hate incidents over the past year, according to a report this week by Stop AAPI Hate, a group that has been collecting data about discrimination against Asian-Americans.

In San Francisco, which has experienced a rash of recent attacks against Asians, Mayor London Breed announced on Wednesday that the police would step up patrols in predominantly Asian neighborhoods. Two attacks occurred just this week, according to The San Francisco Chronicle.

Ms. Breed said at a news conference. “San Francisco will continue to support and uplift our Asian community.”

Across the bay, emotions were still raw over the death last week of Pak Ho, a 75-year-old Oakland resident who was punched hard during a robbery, fell and incurred severe brain injuries. Some community members were planning a rally against anti-Asian hate for Saturday.

[See the latest updates on the Atlanta spa shootings.]

On Wednesday, a group of state lawmakers and local officials representing Asian and Pacific Islander communities in California called on Gov. Gavin Newsom to choose an Asian-American or Pacific Islander to be the state’s next attorney general — a call that they said had taken on new urgency.

“We need leadership across our state and the nation to take action,” David Chiu, a member of California’s State Assembly, said at a virtual news conference on Wednesday. “We need to stand up against these hate crimes.”

in a statement on Twitter, said, “The attack in Georgia and the racist attacks that have been happening all across our country are abhorrent. Our hearts are with the families of all the victims of this horrific act and the entire AAPI community tonight.”

recorded a video adaptation of the hit song “My Shot,” rewriting the lyrics to promote the importance of getting a Covid-19 vaccine shot.

“Yo, I treat the infectious,” one doctor raps. “We’ve vaccinated safely now with decades of practice. Now MMR and polio are things of the past. We’ll have a blast beating this Covid at last.”

Dr. Tony Berger, a Davis physician who helped organize the video, said a colleague, Dr. Andrew Liu, composed new lyrics to the song from Lin-Manuel Miranda’s musical in November, to help reassure people nervous about the vaccines. They then decided to recruit other doctors to turn it into a full-blown public health message, building on the popularity of the hashtag #notthrowingawaymyshot.

All the performers recorded their parts separately for safety, except for the dance finale, where everyone wore face shields. They posted their creation online last week.

Vindu Goel has lived in California for about half his life, including stints in San Diego, Silicon Valley, San Francisco, and now, Oakland. He is currently an emerging platforms editor on the Audience team.

MIAMI--(BUSINESS WIRE)--Intelli Smart Homes, the leading smart home technology company, has been recognized as one of America’s fastest-growing … END_OF_DOCUMENT_TOKEN_TO_BE_REPLACED

Customers outside a Walmart store in Torrance, California, US, on Sunday, May 15, 2022. Walmart Inc. is scheduled to release earnings figures on May … END_OF_DOCUMENT_TOKEN_TO_BE_REPLACED

The past few years have been brutal on homebuyers' budgets. Would-be buyers have been priced out of some of the most desirable neighborhoods thanks to … END_OF_DOCUMENT_TOKEN_TO_BE_REPLACED