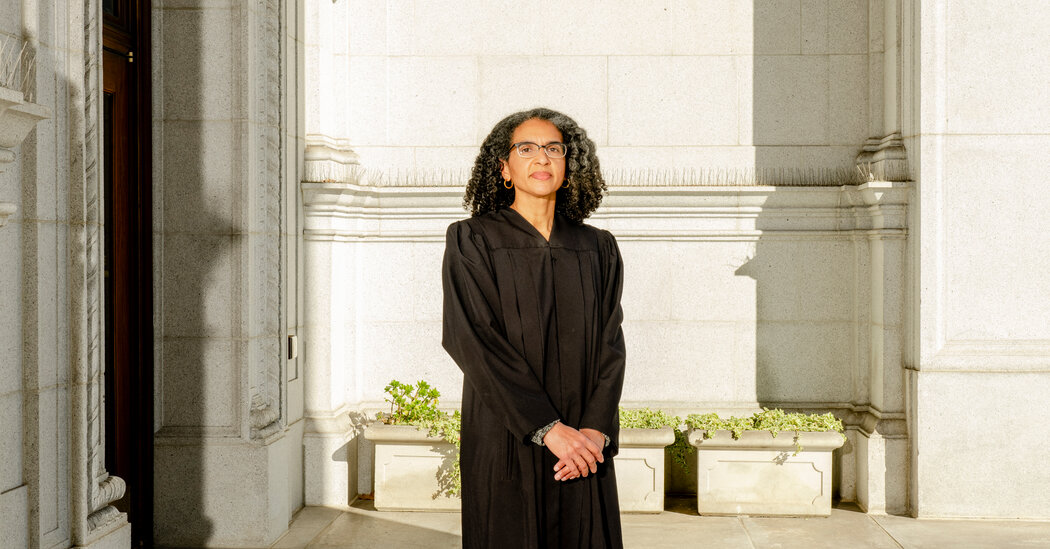 But even in defeat, colleagues recalled, she displayed remarkable composure.

Called upon to argue a high-profile 2012 case that opened the Obama administration up to accusations that it was antagonistic toward religious freedom, for example, she faced down nearly 30 blistering minutes of rapid-fire questioning from the full court.

The case, involving a Lutheran church, Hosanna-Tabor, that fired one of its teachers after she violated church prohibitions against suing over workplace matters, tested a federal rule that allows churches to make personnel decisions without government interference.

Ms. Kruger, then a 35-year-old career civil servant, was still completing her opening remarks, arguing that the teacher should not have been fired, when Chief Justice John Roberts pressed her on the government’s position, triggering the onslaught.

“Leondra took some of the heat for that, but it was my decision,” said Donald B. Verrilli, who was then the solicitor general. He said he now regrets the government’s position in the case, which he called tone deaf on issues of religious liberty.

When a cluster of vacancies on the California Supreme Court gave then-Governor Brown an opportunity to remake it, her reviews were glowing, from Mr. Brown’s fellow Yale Law School alumni to the U.S. Supreme Court Justice Elena Kagan, he said.

“We started to talk, and within 10 or 15 minutes I was fairly sure I was going to appoint her,” Mr. Brown recalled in an interview from his home in rural California, citing her “elegant” thinking. “I wanted people who could not just make a decision but fit it into the longer intellectual tradition in the law — the wider sweep, the larger view.”

Her youth did not concern him, he said: “Superior people are noticeable and unusual if you have the eyes to see it.” How the narrowly divided Senate might see Justice Kruger, however, is another question, the governor noted.

“I don’t know if all this stuff matters,” Mr. Brown said. “Isn’t it going to just be politics?”

AUSTIN, Texas--(BUSINESS WIRE)--As the first multifamily management company to be recognized in the Public Relations and Marketing Excellence Awards, … END_OF_DOCUMENT_TOKEN_TO_BE_REPLACED

There have been whispers of cooling housing and rental prices in the San Francisco Bay Area, but that hasn't yet translated into practical, noticeable … END_OF_DOCUMENT_TOKEN_TO_BE_REPLACED

Cars pass in Independence Square at twilight in Kyiv, Ukraine, Monday, Oct. 31, 2022. Rolling ... [+] blackouts are increasing across Ukraine as the … END_OF_DOCUMENT_TOKEN_TO_BE_REPLACED