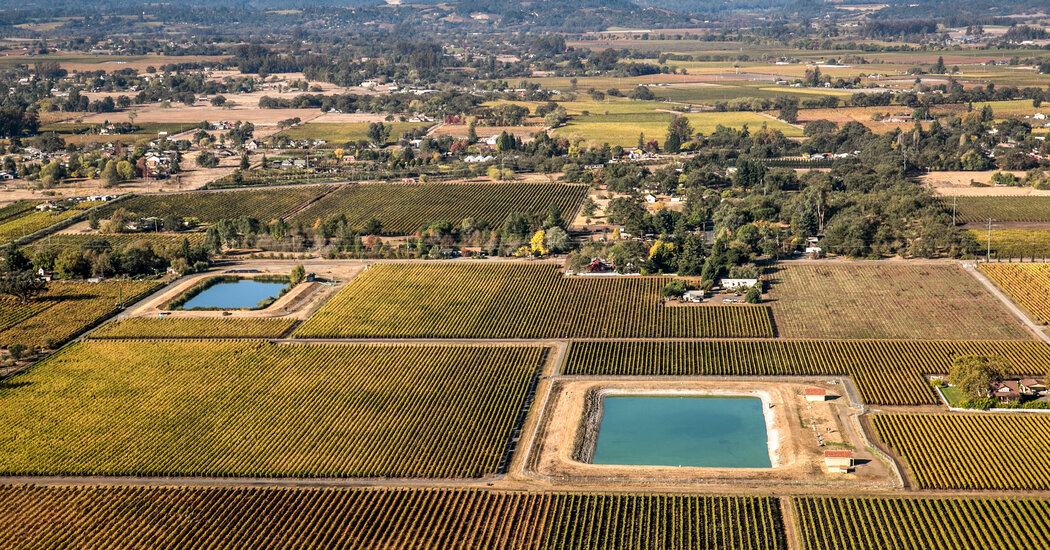 The Sonoma County town of Windsor is small. Tucked between the better-known destinations Healdsburg and Santa Rosa, Windsor had just 27,128 residents as of 2019.

But when The San Francisco Chronicle published an investigation early last month, in which four women accused Windsor’s mayor of sexual assault, the news rippled outward. The mayor, Dominic Foppoli, 38, had been crowned “prince of the wine country.” He was a rising political star and winery owner, The Chronicle reported, whose ambitions embodied those of the town itself.

Since the initial investigation, more than a dozen state and local lawmakers have demanded that Foppoli step down, and he faces a recall effort. Three more women, including a former mayor of Sonoma, have also come forward with accusations of sexual assault and abuse. Foppoli has denied wrongdoing.

The investigation surfaced more than accusations of a pattern of misconduct by one person. It also shined a light on the insular culture of the local wine industry, and how that industry is closely entwined with the region’s politics.

Woman-Owned Wineries, a wine club and directory aimed at elevating female entrepreneurs, to share her perspective, which she emphasized is based solely on her observations and experiences.

In the midst of all that, when I was evacuated because of those fires, I just wanted to do something for the community. And I started thinking about making a list of women-owned wineries locally — just good folks to patronize. At that time, the list was only about 50.

That’s out of how many wineries? Do you have a sense of the scale?

There’s hundreds. We started with that list, and it was so popular we decided to invest in researching nationwide, and it’s not definitive, but it’s now about 600 wineries strong. That’s out of 10,000 wineries.

How do people get into winemaking, or how do they become wine entrepreneurs? Reading the reporting about the Foppoli case, it seems very expensive to get started, and a lot of winemakers have a lot of generational wealth or family expertise.

I’m hesitant to say, “This is how it works,” because I see people come into winemaking and winery ownership from all different angles.

recent survey by Lift Collective, which has done a lot of great work for women and marginalized people in the wine industry. There are a couple of questions around this topic, just how relationship-based the wine industry really is.

That’s natural in many ways because wine is a social beverage. They had it at the symposia in ancient Greece — but women of course were never invited. So it’s been a boys’ club for a very long time.

AUSTIN, Texas--(BUSINESS WIRE)--As the first multifamily management company to be recognized in the Public Relations and Marketing Excellence Awards, … END_OF_DOCUMENT_TOKEN_TO_BE_REPLACED

There have been whispers of cooling housing and rental prices in the San Francisco Bay Area, but that hasn't yet translated into practical, noticeable … END_OF_DOCUMENT_TOKEN_TO_BE_REPLACED

Cars pass in Independence Square at twilight in Kyiv, Ukraine, Monday, Oct. 31, 2022. Rolling ... [+] blackouts are increasing across Ukraine as the … END_OF_DOCUMENT_TOKEN_TO_BE_REPLACED