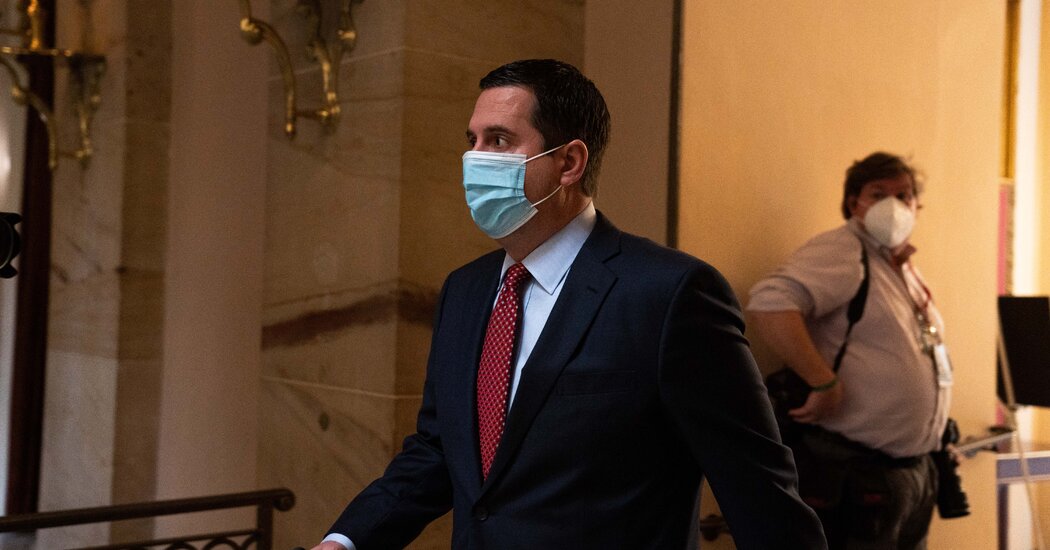 The United States Capitol Police confirmed on Tuesday that it is conducting a criminal investigation related to a subpoena to Twitter for information about a pseudonymous account dedicated to mocking Representative Devin Nunes, Republican of California.

The investigation is examining a threat made online and is still open, said a spokesman for the police force, which protects members of Congress, adding that he was unable to say more.

Little is known publicly about the case, and it was not clear whether the user of the parody Twitter account, @NunesAlt, remains under any scrutiny as part of that ongoing inquiry.

The disclosure by the Capitol Police came a day after the Justice Department unsealed court filings that disclosed that prosecutors had obtained a grand jury subpoena on Nov. 24, while President Donald J. Trump was still in office, demanding that Twitter provide identifying information about @NunesAlt.

unsealed another court filing confirming that it had done so. The filing showed that prosecutors told Twitter they had dropped the subpoena on March 17.

Twitter routinely cooperates with grand-jury subpoenas. But in this case it saw the user as engaged in political commentary protected by the First Amendment, and raised the specter that the Trump-era Justice Department had abused its power to help an ally of the president.

In the filing, Twitter noted that Mr. Nunes and his lawyer had previously filed several lawsuits trying to identify people who had criticized him on social media — including the user of the @NunesAlt parody account, which calls itself Mr. Nunes’ mother and posts memes mocking him.

When Twitter pressed prosecutors for the basis of the subpoena, they said it was for a threat investigation but it declined to point to anything specific @NunesAlt had posted that was threatening, the unsealed documents show. The user of that account has said that he or she made no threat.

It’s a property that offers a unique open floor plan—plus a hot tub with a view.“It was a Methodist church located in a historic little area of St. … END_OF_DOCUMENT_TOKEN_TO_BE_REPLACED