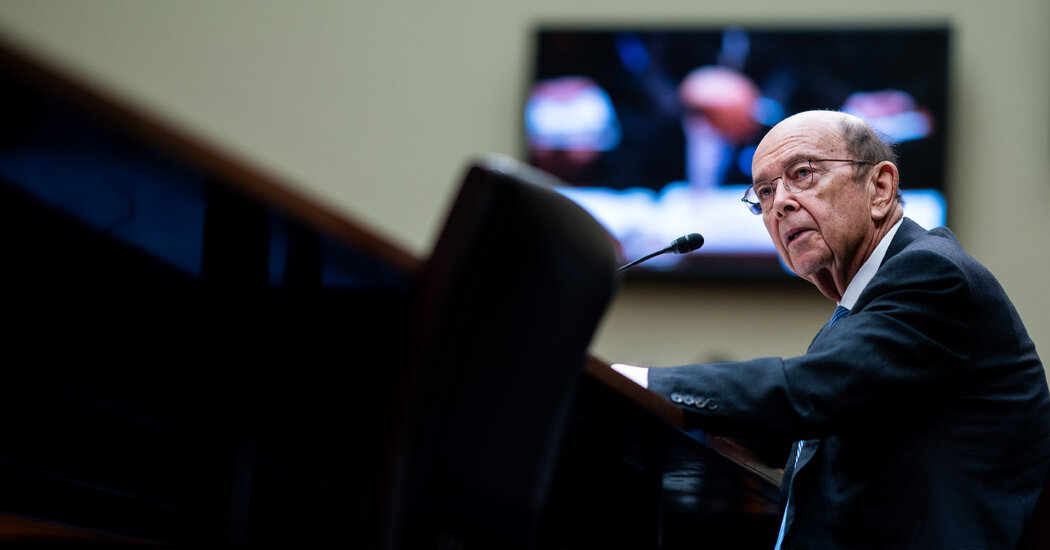 WASHINGTON — A newly disclosed memorandum citing “unprecedented” meddling by the Trump administration in the 2020 census and circulated among top Census Bureau officials indicates how strongly they sought to resist efforts by the administration to manipulate the count for Republican political gain.

The document was shared between three senior executives including Ron S. Jarmin, a deputy director and the agency’s day-to-day head. It was written in September 2020 as the administration was pressing the bureau to end the count weeks early so that if President Donald J. Trump lost the election in November, he could receive population estimates used to reapportion the House of Representatives before leaving office.

The memo laid out a string of instances of political interference that senior census officials planned to raise with Wilbur Ross, who was then the secretary of the Commerce Department, which oversees the bureau. The issues involved crucial technical aspects of the count, including the privacy of census respondents, the use of estimates to fill in missing population data, pressure to take shortcuts to produce population totals quickly and political pressure on a crash program that was seeking to identify and count unauthorized immigrants.

Most of those issues directly affected the population estimates used for reapportionment. In particular, the administration was adamant that — for the first time ever — the bureau separately tally the number of undocumented immigrants in each state. Mr. Trump had ordered the tally in a July 2020 presidential memorandum, saying he wanted to subtract them from House reapportionment population estimates.

The memorandum was among hundreds of documents that the Brennan Center for Justice at New York University’s law school obtained in a lawsuit seeking details of the Trump administration’s plans for calculating the allotment of House seats. The suit was concluded in October, but none of the documents had been made public until now.

Redistricting at a Glance

Every 10 years, each state in the U.S is required to redraw the boundaries of their congressional and state legislative districts in a process known as redistricting.

Kenneth Prewitt, a Columbia University public-affairs scholar who ran the Census Bureau from 1998 to 2001, said in an interview that the careful bureaucratic language belied an extraordinary pushback against political interference.

“This was a very, very strong commitment to independence on their part,” he said. “They said, ‘We’re gong to run the technical matters in the way we think we ought to.’”

redrawing of the boundaries of congressional and state legislative districts. It happens every 10 years, after the census, to reflect changes in population.

But the presentation showed that the administration had enjoyed much more success in obtaining public assistance records. Twenty-nine states and one California jurisdiction had signed agreements to disclose aid recipients under the Supplemental Nutrition Assistance Program, commonly known as food stamps.

The documents show that career professionals at the Census Bureau repeatedly warned that it would be difficult or impossible to compile a list of noncitizens from such records, especially in time to subtract them from the population totals used to reapportion the House, which were due on the last day of 2020.

The list of noncitizens was a priority for two political appointees whom Mr. Trump had placed in the bureau’s senior management, Nathaniel T. Cogley and Benjamin Overholt.

Census Bureau experts had been “consistently pessimistic” about their ability to find and remove undocumented residents from population totals used in apportioning the House, the agency’s top career official, Mr. Jarmin, wrote in an email to Mr. Cogley and the head of the Census Bureau, Steven Dillingham, shortly after Mr. Trump ordered the noncitizens list.

The pressure from the political appointees to come up with a number remained intense, as the September 2020 memorandum emailed to Mr. Jarmin; another top career official, Enrique Lamas; and the bureau’s chief of staff, Christa D. Jones, made clear.

The memo appears to have been a draft of talking points about political interference that officials wanted to raise with Mr. Ross before reapportionment figures were to be delivered to Mr. Trump. It began with an observation that the Commerce Department was “demonstrating an unusually high degree of engagement in technical matters” involving the calculation of population totals, a pattern of interference it called “unprecedented relative to the previous censuses.”

Point by point, the memo described political involvement in crucial aspects of the census.

One key process dealt with the bureau’s use of computer formulas to make educated guesses about who and how many people lived in households that had failed to complete census forms — calculations directly related to the totals used to apportion the House and draw new political maps. Another centered on a controversial new method known as differential privacy that the bureau sought to use to shield the identities of the people it counted.

Political appointees also had taken interest in how the bureau would produce final population figures needed to draw political maps nationwide, as well as estimates of the number of voting-age citizens. Mr. Trump had said he wanted to give those estimates to states as the basis for drawing political maps — another tactic that almost certainly would boost Republican political representation. The memo also said political officials had pushed to reduce the steps used to process and double-check population data so that apportionment figures could reach the White House on time.

The final complaint, about meddling in the methodology used to count undocumented immigrants, came to a head last January, when unnamed whistle-blowers accused Mr. Dillingham, Mr. Trump’s appointee to head the bureau, of caving to political pressure to produce a tally of noncitizens that experts said could not be assembled. Mr. Dillingham, who denied the charge, later resigned.

Many property purchasers in Alaska possess the same vision: Either hunker down away from the madding crowds in a refined log cabin or operate a … END_OF_DOCUMENT_TOKEN_TO_BE_REPLACED