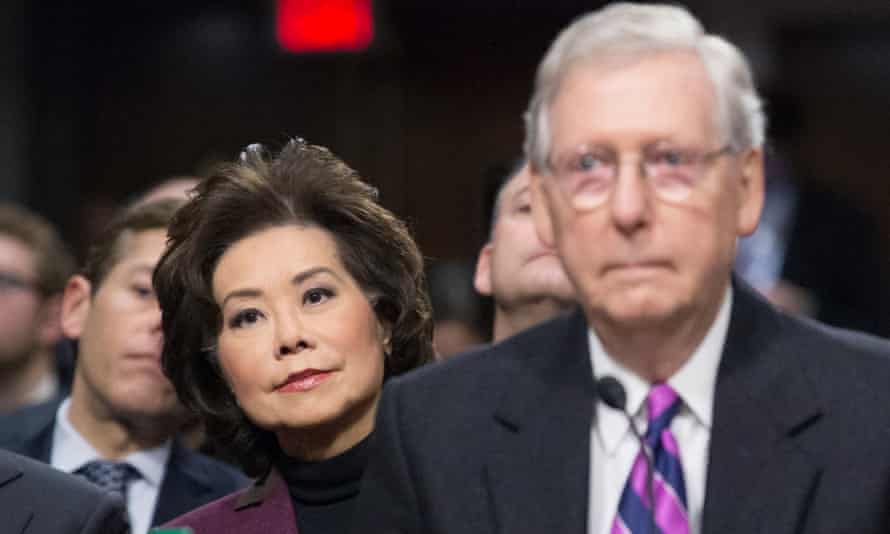 Covid-19 has left more than 530,000 Americans dead and China’s standing with the US at a historic low. Only Iran and North Korea fare worse. US opinion is no outlier. China’s reputation has taken a beating in Australia, the UK, Sweden, the Netherlands and Germany. Images of tanks rolling through Tiananmen Square in summer 1989 have been supplanted by Beijing stonewalling on the origins of the plague.

In Chaos Under Heaven, the Washington Post reporter Josh Rogin reminds us that under Xi Jinping, China halted the export of personal protective equipment made by US companies, sent defective PPE to the Netherlands and barred Australian beef exports after Canberra called for an inquiry into the genesis of Covid-19. In Rogin’s telling, China’s “mask diplomacy” was a blunt instrument, designed to still criticism abroad and sow fear at home.

Rogin delivers a needed modicum of clarity. Under the subtitle Trump, Xi and the Battle for the Twenty-First Century, he lays out what the US and its allies got wrong about China over decades, strife within the Trump administration and personal financial conflicts that affected US policy. Mitch McConnell, the Senate minority leader, and Jared Kushner and Ivanka Trump feature heavily. But Hunter and James Biden bear watching too.

McConnell’s wealth is tethered to his wife’s family interest in Chinese shipping. Angela Chao, his sister-in-law, is chief executive of the business and sits on the board of the Bank of China. Most recently, the US transportation department inspector general reported that Elaine Chao, McConnell’s wife and Trump’s transportation secretary, escaped criminal investigation after the justice department weighed in.

In fall 2019, McConnell and Trump thwarted progress on the Hong Kong Human Rights and Democracy bill, which had cleared the Senate foreign relations committee, then controlled by Republicans. Back in 1992, McConnell backed legislation enacted in connection with the autonomy of Hong Kong. As late as summer 2019, he wrote an op-ed in support. Time – and perhaps marriage – can change perspective.

Rogin has longtime interests in human rights and the far east. He spent the early days of his career at the Asahi Shimbun, a Japanese daily, and more recently rubbed shoulders with an informal group of opponents to the Chinese regime, which he calls the “Bingo Club”. One member was Peter Mattis, a former CIA analyst and nephew of James Mattis, Trump’s first defense secretary. During the 2016 Republican convention, Rogin broke the story of the Trump campaign “gutting” the GOP’s anti-Russia platform on Ukraine.

Chaos Under Heaven moves quickly, is well-written and draws the reader in. Rogin makes clear that tension between Beijing and Washington will probably remain for the foreseeable future. China’s economy and military continue to grow, America’s social chasms remain on display. Under Xi, don’t expect the Middle Kingdom to back down.

One of Rogin’s central points is that Trump correctly identified the threat and challenge posed by China yet proved incapable of formulating a coherent strategy and sticking with it. Much of the time, he conflated personal relationships with the national interest. As his approach to North Korea showed, not everyone was buying what he was selling. His effort to draw China into that quagmire was a bust. The art of the deal is way harder than Trump trumpeted.

On the ground, the food fights of 2016 carried over to the White House. The West Wing was riven with factions. Wall Street transplants, military veterans and diehard Maga-ites exchanged verbal blows. The former reality show host zigged and zagged, blowing hot and cold as TV and his moods took him.

During the 2016 transition, Trump accepted a congratulatory phone call from Tsai Ing-wen, president of Taiwan. Not surprisingly, China was angered – it regards the island as its own. Ambiguity toward Taiwan was central to US rapprochement with China in the 1970s. Trump walked his words back, invited Xi to Mar-a-Lago and treated him to the “most beautiful piece of chocolate cake that you’ve ever seen”.

As for Trump’s take on Taiwan, he told a senator it was “like two feet from China” and the US was “8,000 miles away”. Trump chillingly added that if the Chinese were to invade, “there isn’t a fucking thing we can do about it”. So much for US policy.

Trump’s inability to forge working alliances hampered US responses. Confronting China required playing well with others. Trump proved unable to set aside personal pique and drive a consensus forward. At times he caved on the technological threat China posed, for the sake of scoring an elusive trade deal.

On the plus side of the ledger, the conduct of Beijing during the pandemic made governments realize “their dependence on China was a political vulnerability”. The UK reversed course and banned Huawei, the Chinese communications Goliath, from its networks.

No book about Trump is complete without at least one salacious morsel. Chaos Under Heaven conveys that Trump came to believe an unfounded rumor that Gen HR McMaster, his second national security adviser, was conducting an extramarital affair. As expected, Trump could not keep the news to himself.

At a crowded Oval Office staff meeting, the former president queried: “Have you heard who McMaster is fucking?” Ever the puritan, Trump warned: “He’s gonna get us all in trouble if he can’t keep his dick in his pants.” The Manhattan district attorney is still investigating all things Trump, including payments to Stormy Daniels and Karen McDougal.

Rogin observes that Trump was “great at flipping over the chess board but he couldn’t set the board back up again”. That said, he had “shifted the conversation about China in a way that cannot be undone”.

LONDON — A nightmarish tale of a Senegalese soldier fighting for France in World War I, and a workplace novel set on a spaceship, are among the six … END_OF_DOCUMENT_TOKEN_TO_BE_REPLACED

In 2020, when the world suddenly ground to a halt, most people postponed or canceled all of their plans due to the coronavirus crisis. Many … END_OF_DOCUMENT_TOKEN_TO_BE_REPLACED