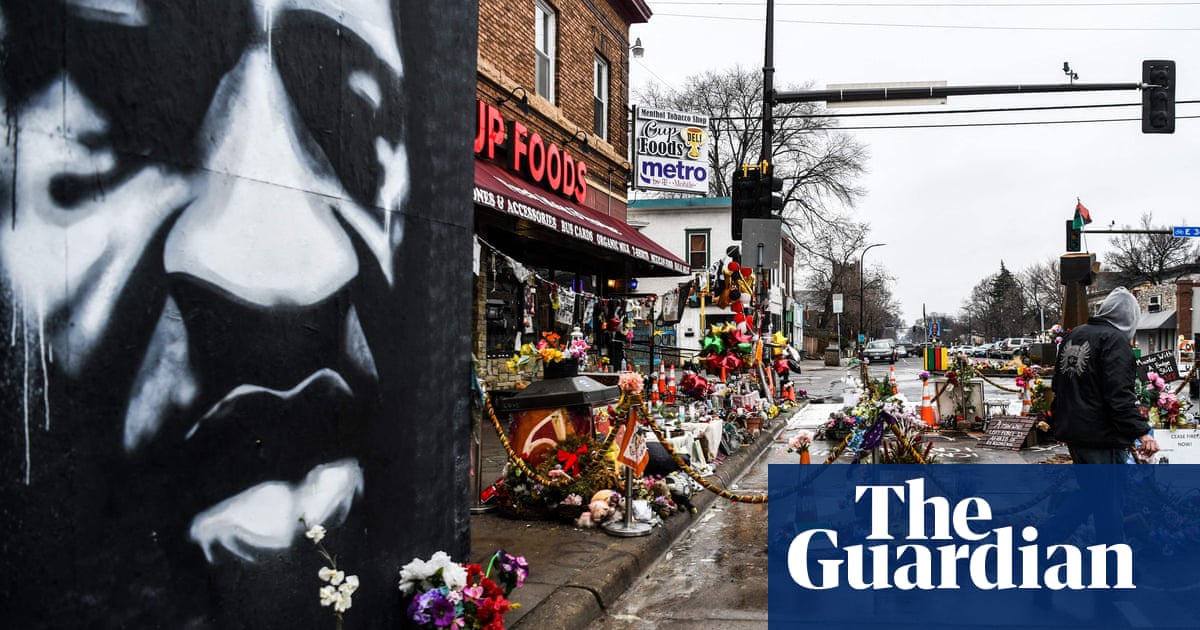 The defense attorney for the former Minneapolis police officer Derek Chauvin, who is charged with George Floyd’s murder, on Monday asked the judge to delay the trial now under way, saying the announcement by the city of a record $27m settlement for Floyd’s family could make a fair trial impossible.

The settlement announced by the city of Minneapolis last Friday and the criminal trial of Chauvin are ostensibly completely unconnected. But the timing of the payout, coming while the trial is still going through jury selection, was surprising to some.

On Monday, Nelson said: “I am gravely concerned with the news that broke on Friday.” He said thought it “has incredible potential to taint the jury pool”.

There was tension in the Hennepin county court in downtown Minneapolis on Monday, where the building is surrounded by barriers and guards in what some observers see as an aggressive gesture of fortification, the court room itself is severely restricted because of the pandemic.

Cahill said he would recall seven jurors seated last week to ask if they had seen news of the settlement and whether it would affect their impartiality.

“I wish city officials would stop talking about this case so much,” the judge said, before resuming jury selection on Monday morning. “At the same time, I don’t find any evil intent that they are trying to tamper with the criminal case.”

Floyd’s family filed a federal wrongful-death lawsuit against Chauvin and the city of Minneapolis last year. The city called a news conference to announce the settlement, which included emotional comments by Floyd’s brothers and Mayor Jacob Frey.

Meanwhile, Nelson also noted that Minnesota attorney general Keith Ellison’s son, Jeremiah, sits on the city council that unanimously approved the settlement, and questioned the timing, though he said he was not making accusations.

Keith Ellison heads the prosecution team and often has been present in the courtroom.

During a break in jury selection, Ellison stopped at Nelson’s table and said: “Is there anything else anyone would like to not accuse me of?”

Nelson looked at Ellison but did not reply.

Frey, the mayor of Minneapolis, deferred questions about the timing of the settlement to city attorney Jim Rowader, who declined to comment.

Prosecutor Steve Schleicher said the state had no control over Frey and the city council.

Cahill agreed to consider the request for a delay.

He has previously denied a request to move the trial, saying coverage of Floyd’s death was so pervasive it was “unlikely to cure the taint of potential prejudicial pretrial publicity”.

Floyd, a Black man, was declared dead on 25 May after Chauvin, who is white, kneeled against his neck for almost nine minutes, while Floyd begged for his life.

The first potential juror questioned Monday was quickly dismissed after volunteering that she’d heard about the settlement and presumed it meant the city didn’t feel it would win the civil case.

“When I heard that, I almost gasped at the amount,” she said, adding that she couldn’t promise she could disregard it.

Potential jurors questioned later didn’t mention hearing of the settlement, and neither attorneys nor the judge directly asked if they were aware of it.

Chief Covelli said Mr. Crimo planned the shooting for several weeks, but that the authorities had not yet established what his motive was. “We have no … END_OF_DOCUMENT_TOKEN_TO_BE_REPLACED

Kevin McKenzie and Martine van Hamel were standing in the dining room of their weekend house in Woodstock, N.Y., trying to figure out when they got … END_OF_DOCUMENT_TOKEN_TO_BE_REPLACED