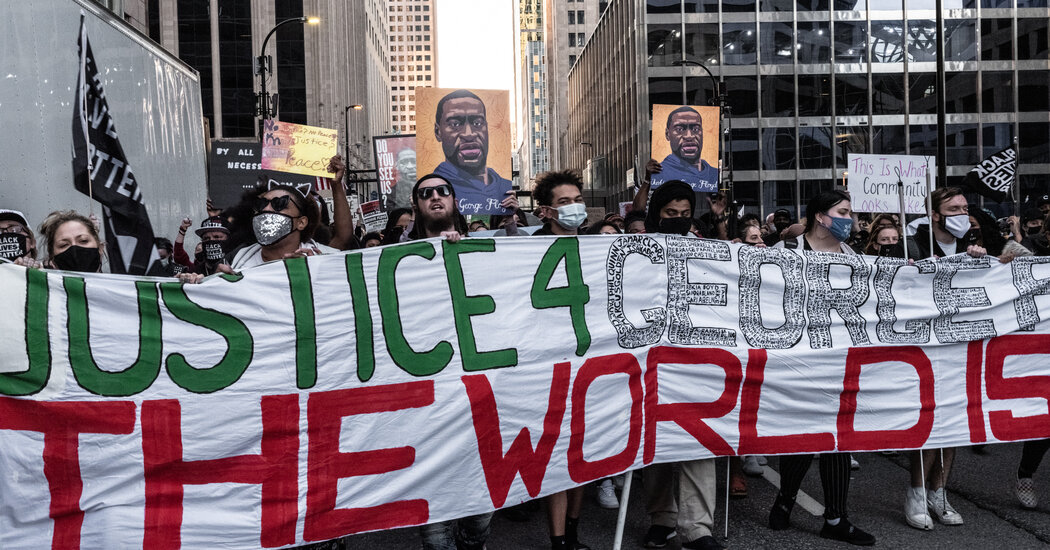 Saying that Derek Chauvin was “particularly cruel” for killing George Floyd slowly, the Minneapolis judge who oversaw Mr. Chauvin’s murder trial issued a ruling on Wednesday that could significantly increase the amount of time the former police officer spends behind bars.

In the six-page opinion, Judge Peter A. Cahill said prosecutors had proven that Mr. Chauvin had abused his position of trust and authority, treated Mr. Floyd with particular cruelty, and committed his crime in the presence of children and with the active participation of at least three other people.

The finding of what are known as aggravating factors allows Judge Cahill to sentence Mr. Chauvin to more than 15 years in prison, the longest punishment for second-degree murder under Minnesota’s sentencing guidelines. While state statutes allow the judge to sentence Mr. Chauvin to a maximum of 40 years, legal experts say it is highly unlikely that he will receive more than 30 years.

Judge Cahill also ruled that prosecutors did not prove a fifth aggravating factor — that Mr. Floyd was particularly vulnerable because he was restrained and intoxicated with drugs. Still, the judge needed to find only one aggravating factor to allow him to sentence Mr. Chauvin beyond the 15-year guideline, said Ted Sampsell-Jones, a professor at Mitchell Hamline School of Law in St. Paul, Minn.

Mr. Floyd’s death attracted global attention after video surfaced showing Mr. Chauvin kneeling on his neck for more than nine minutes as he repeatedly cried out that he could not breathe.

“It was particularly cruel to kill George Floyd slowly by preventing his ability to breathe when Mr. Floyd had already made it clear he was having trouble breathing,” Judge Cahill wrote.

He added that Mr. Floyd “was begging for his life and obviously terrified by the knowledge that he was likely to die,” and that Mr. Chauvin “remained indifferent to Mr. Floyd’s pleas.”

Police officers have a duty to treat people they arrest with respect, to use only reasonable force and to provide medical attention when needed, the judge wrote. Mr. Chauvin, who was fired shortly after Mr. Floyd’s death, failed on all of those measures, according to the ruling.

Judge Cahill pointed out that Mr. Chauvin continued to kneel on Mr. Floyd for four and a half minutes after he became unresponsive. He also noted that Mr. Chauvin ignored his colleagues when they said that Mr. Floyd, who was handcuffed facedown on a Minneapolis street corner, did not have a pulse and that they should consider turning him on his side.

That “was an egregious abuse of the authority to subdue and restrain,” Judge Cahill wrote.

Without any aggravating factors, defendants convicted of those same offenses typically get 12.5 years in prison, Professor Sampsell-Jones said.

The state’s sentencing guidelines were introduced to address disparities from when judges had wide latitude to determine the length of a prison term. According to a concept in Minnesota case law known as the Evans Rule, judges may go as high as double the maximum guideline sentence when there are aggravating factors. Since the top guideline in Mr. Chauvin’s case is 15 years, that means Judge Cahill can go up to 30 years.

But subsequent State Supreme Court decisions have found that judges can go beyond the Evans Rule in extremely rare circumstances, Professor Sampsell-Jones said.

“The fact that he found multiple factors might make this more of the one-in-a-million case to violate the Evans Rule,” said Professor Sampsell-Jones, who added that he still would be surprised because Judge Cahill was a “moderate sentencer.”

A.L. Brown, a criminal defense lawyer based in the Twin Cities, said it was unsurprising that Judge Cahill found aggravating factors because of the overwhelming evidence. But the judge does not have to increase the defendant’s sentence because of those factors, Mr. Brown noted, so he will wait to measure their significance until the sentence is actually handed down.

“I’m not going to start a parade because Judge Cahill paid attention to the obvious,” he said. “Let’s see what he does with it.”

AUSTIN, Texas--(BUSINESS WIRE)--As the first multifamily management company to be recognized in the Public Relations and Marketing Excellence Awards, … END_OF_DOCUMENT_TOKEN_TO_BE_REPLACED

There have been whispers of cooling housing and rental prices in the San Francisco Bay Area, but that hasn't yet translated into practical, noticeable … END_OF_DOCUMENT_TOKEN_TO_BE_REPLACED

Cars pass in Independence Square at twilight in Kyiv, Ukraine, Monday, Oct. 31, 2022. Rolling ... [+] blackouts are increasing across Ukraine as the … END_OF_DOCUMENT_TOKEN_TO_BE_REPLACED