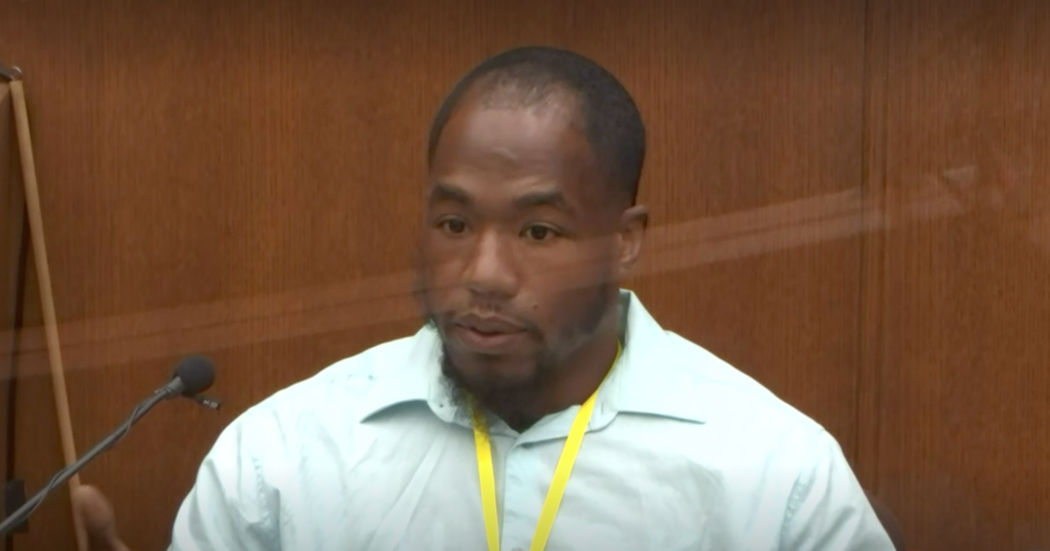 The defense attorney for the former police officer Derek Chauvin spent Tuesday morning discrediting Donald Williams II, a mixed martial artist who witnessed the death of George Floyd, by drawing attention to his lack of knowledge of medical aid and police training.

Eric J. Nelson spent a good deal of the morning on the second day of the trial asking Mr. Williams to outline his experience as a fighter, his knowledge of different moves and even asking him whether he ever was able to speak when he was held in chokehold during a fight.

Mr. Williams reacted by turning to the judge on that last question, puzzled. The line of questioning suggested, as some observers have said, that Mr. Floyd would not have been able to speak had Mr. Chauvin cut off his airway by kneeling on his neck.

What began as a routine back-and-forth questioning that focused on Mr. Williams detailing his fighting experience became more pointed when Mr. Nelson began to ask him if he had threatened police as he watched Mr. Floyd be detained. Mr. Nelson attempted to paint Mr. Williams as an angry, disruptive bystander who had no medical experience with which to accurately judge the police officers’ actions. Mr. Nelson argued in his opening statement that the bystanders made the police’s job harder.

The back and forth was tense at times, with Mr. Nelson asking Mr. Williams if witnessing the situation made him want to fight the police officers.

Chief Covelli said Mr. Crimo planned the shooting for several weeks, but that the authorities had not yet established what his motive was. “We have no … END_OF_DOCUMENT_TOKEN_TO_BE_REPLACED

Kevin McKenzie and Martine van Hamel were standing in the dining room of their weekend house in Woodstock, N.Y., trying to figure out when they got … END_OF_DOCUMENT_TOKEN_TO_BE_REPLACED