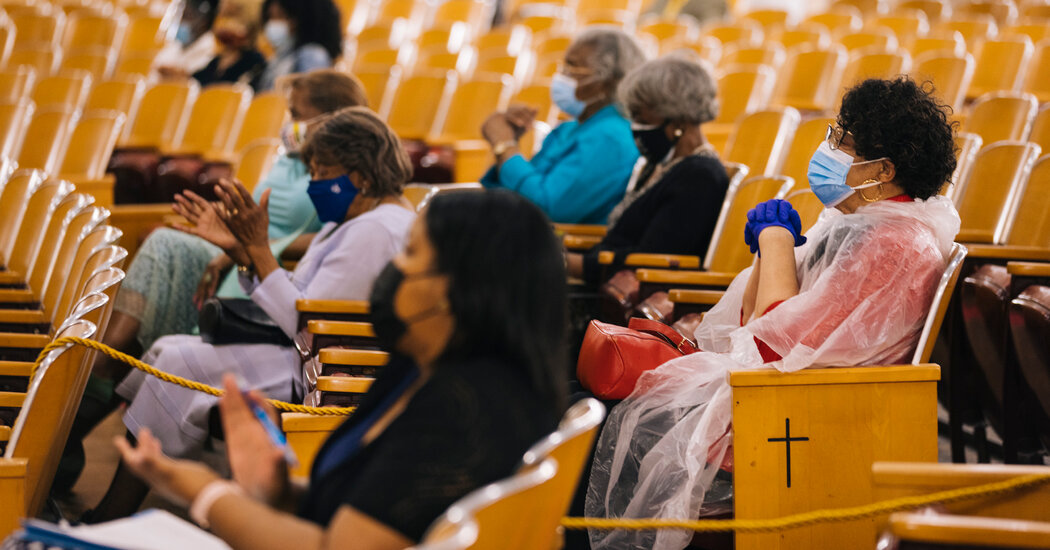 Chicago will reimpose an indoor mask mandate for all people older than two beginning on Friday, an effort to slow the spread of the coronavirus as case rates rise, the city’s commissioner of public health said on Tuesday.

The Centers for Disease Control and Prevention recently updated its guidance to recommend that everyone wear masks indoors in areas with high case numbers, regardless of their vaccination status.

A vast majority of counties across the United States are experiencing either “substantial” or “high” transmission, according to the C.D.C., and Cook County, which includes Chicago, is no exception.

New York City, which began requiring proof of at least one vaccine dose on Tuesday to engage in many indoor activities, has not mandated masks indoors for vaccinated people — only recommended them. The mayor has said the city’s focus is on vaccinating the greatest share of its population possible.

Dr. Allison Arwady, Chicago’s health commissioner, said at a news conference that she was watching how the vaccine requirements played out, but that the city would have to be at “much higher risk” before she would put one in place. Masks are recommended in some counties in Illinois and mandated in all public schools, and Chicago recently introduced strict vaccine rules for teachers.

Chicago’s new mask mandate applies to all people, regardless of their vaccination status, and covers all indoor public settings, including bars and restaurants, clubs and common areas of residential buildings, according to the city’s department of health. Masks are still required on public transportation, in schools, and in health care, correctional and congregate living settings.

Masks are not required outdoors, though they are recommended for unvaccinated individuals in crowded settings, and can be removed for eating and drinking and for activities like a facial or shave at a salon or barber shop. They are not required in work places that are not open to the public, if employees’ jobs do not require them to move around and they can maintain at least six feet of separation from others.

Lollapalooza, a four-day music festival that drew hundreds of thousands of people earlier this month, Dr. Arwady said. The mandate was put in place because the city’s daily average of new reported cases rose to more than 400 a day, and it will revert to a recommendation when average new cases drop below 400 for an extended period, she said.

“I don’t expect that this will be an indefinite, forever mask requirement,” Dr. Arwady said.

Requiring masks has become a hot-button political issue, and Republican governors like Ron DeSantis of Florida and Greg Abbott of Texas have forbidden local governments and school districts in their states from imposing mask mandates.

That has not stopped districts in those states from trying, and legal battles about the requirements are still playing out.

The union movement that kicked off across the country more than a year ago has continued its momentum in 2022, with workers in warehouses, coffee … END_OF_DOCUMENT_TOKEN_TO_BE_REPLACED

Keep up! Reality TV star Kim Kardashian has splurged on a cliffside mansion in Malibu, CA, that was once owned by Cindy Crawford and Rande … END_OF_DOCUMENT_TOKEN_TO_BE_REPLACED