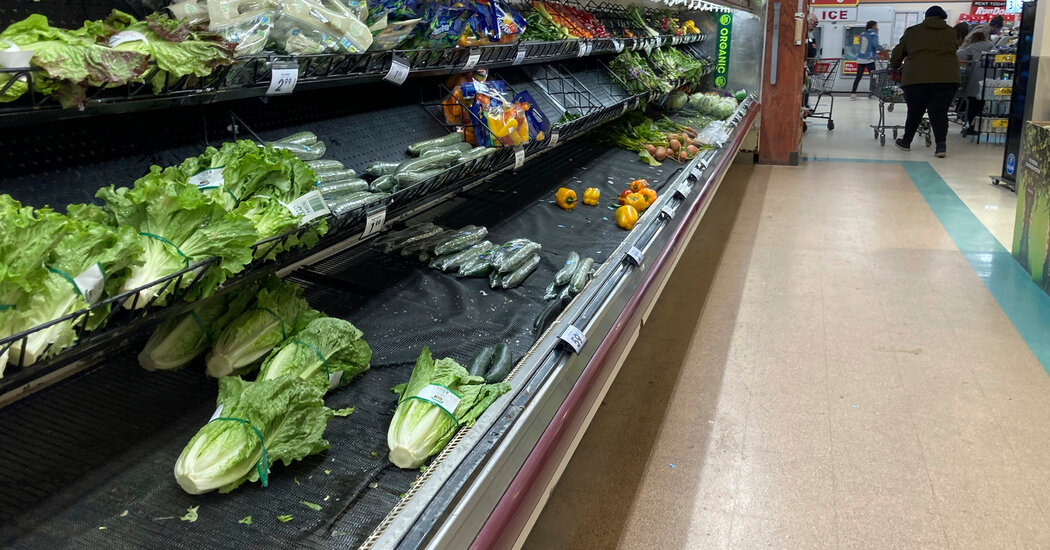 A significant late-season winter storm is expected to blanket parts of Colorado with up to four feet of snow over the weekend, creating hazardous travel conditions and prompting Gov. Jared Polis to activate the Colorado National Guard.

About 50 members of the Guard will be available for search and rescue, Mr. Polis said in a news conference on Thursday, when he encouraged residents to prepare by getting water and gas.

“I urge you to stay home if it’s going to snow hard in your area,” he said on Twitter.

Mr. Polis said some clinics had canceled Covid-19 vaccinations this weekend, and he asked residents to check directly with their provider.

In the Denver area, where a winter storm warning goes into effect early Saturday morning through early Monday, up to two feet of snow is predicted, with wind gusts as high as 35 miles per hour, according to the National Weather Service. Areas near Boulder and Fort Collins could see up to 30 inches of snow.

said the Weather Service. The snow is expected to be both heavy and wet, increasing the chance of power outages and tree damage.

“If you can stay safe in your home or in another location, especially during the peak of this storm, please do so,” Shoshana Lew, the executive director of the Colorado Department of Transportation, said in a news conference. “It gives our crews greater ability to do their jobs, keep essential travel possible for as long as possible and return our state roadways to normal as safely and as quickly as possible.”

Parts of Nebraska and Wyoming will also see considerable amounts of snow and ice, according to the Weather Service. Southeast Wyoming will be under a winter storm warning over the weekend. Snow accumulations in the area could reach 34 inches, with wind gusts up to 50 m.p.h.

The storm comes as much of Colorado enjoyed warm temperatures this week. Denver International Airport reached 70 degrees on Sunday and Fort Collins reached 67 degrees on Monday, according to data by Colorado State University.

according to The Denver Post. It was also the biggest snowstorm the city had seen since April 2016, when over a foot of snow fell. In general, March is the city’s snowiest month.

The poshest place in California's Coachella Valley is The Madison Club. This exclusive gated community in La Quinta is where A-listers and tycoons … END_OF_DOCUMENT_TOKEN_TO_BE_REPLACED

KOROPY, Ukraine — Four men tugged at long strips of fabric to lift a coffin out of the gaping hole in the backyard of a small house. They flung the … END_OF_DOCUMENT_TOKEN_TO_BE_REPLACED