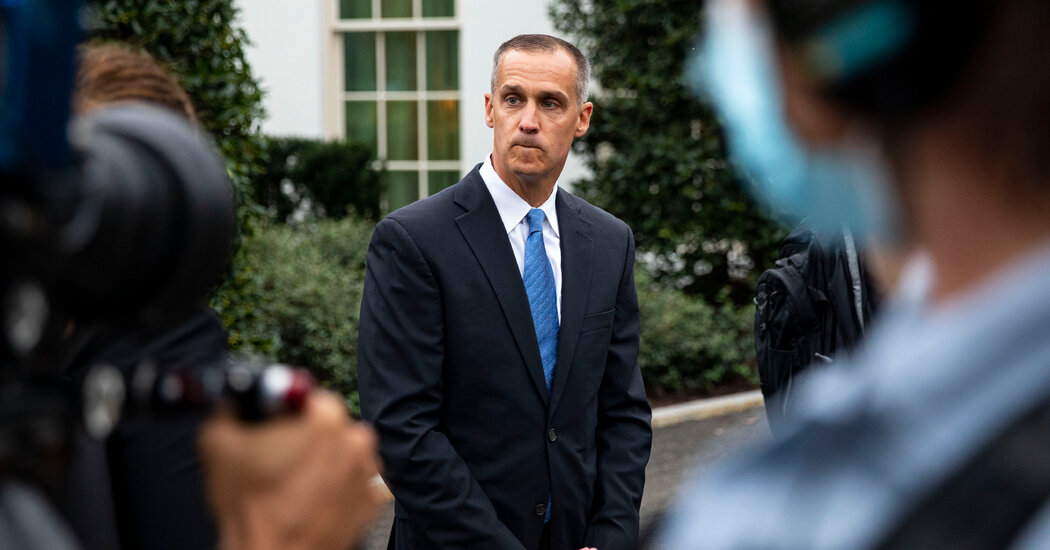 Corey Lewandowski, a longtime political adviser to Donald J. Trump, was removed on Wednesday from his role overseeing a super PAC supporting the former president after a donor accused him of making unwanted sexual advances and touching her inappropriately at a dinner in Las Vegas on Sunday night.

“Corey Lewandowski will be going on to other endeavors and we very much want to thank him for his service. He will no longer be associated with Trump World,” said Taylor Budowich, a spokesman for Mr. Trump. Mr. Budowich said that Pam Bondi, a former Florida attorney general and Trump adviser who had been working with Mr. Lewandowski at the super PAC, Make America Great Again Action, would now oversee the effort.

Whether Mr. Lewandowski remains permanently banished from Mr. Trump’s orbit remains to be seen. After serving as Mr. Trump’s original campaign manager, he was fired in June 2016 after conflicts with Mr. Trump’s children and a series of incidents that the Trump family worried had cast the candidate in a negative light. But a month later, Mr. Trump began reaching out to Mr. Lewandowski again, and he was soon back in the fold.

Aides to Mr. Trump insist this latest incident is different, particularly because it involves a donor to the former president. The donor, Trashelle Odom, made the allegations about Mr. Lewandowski in a statement that was first reported on Wednesday by Politico and that was later provided to The New York Times.

video of the incident, Mr. Lewandowski denied that anything inappropriate had happened, and Mr. Trump aggressively defended him and denounced the news media’s coverage of Ms. Fields’s allegation.

And in November 2017, a Trump supporter and singer named Joy Villa filed a complaint stating that Mr. Lewandowski had slapped her on the buttocks during a party at the Trump International Hotel in Washington. It is unclear what became of that complaint.

Mr. Lewandowski was tapped by Mr. Trump to help set up the super PAC, which can raise money in large sums from wealthy donors. Yet for months since Mr. Trump left office, several of his advisers have privately complained that Mr. Lewandowski’s connections with the super PAC and with Mr. Trump’s political circle have helped him with his other clients, including Ms. Noem.

With Mr. Trump out of office, most of his advisers now have clients outside his immediate world. But Mr. Lewandowski’s efforts came under intense scrutiny from other Trump aides.

GREENVILLE, N.C.--(BUSINESS WIRE)--Employers aiming to win the war on talent have a new “A” team to tap into: college and professional athletes. … END_OF_DOCUMENT_TOKEN_TO_BE_REPLACED

Mortgage rates are likely to rise in July, extending a seven-month streak. High inflation, and the Federal Reserve's efforts to control it, have … END_OF_DOCUMENT_TOKEN_TO_BE_REPLACED