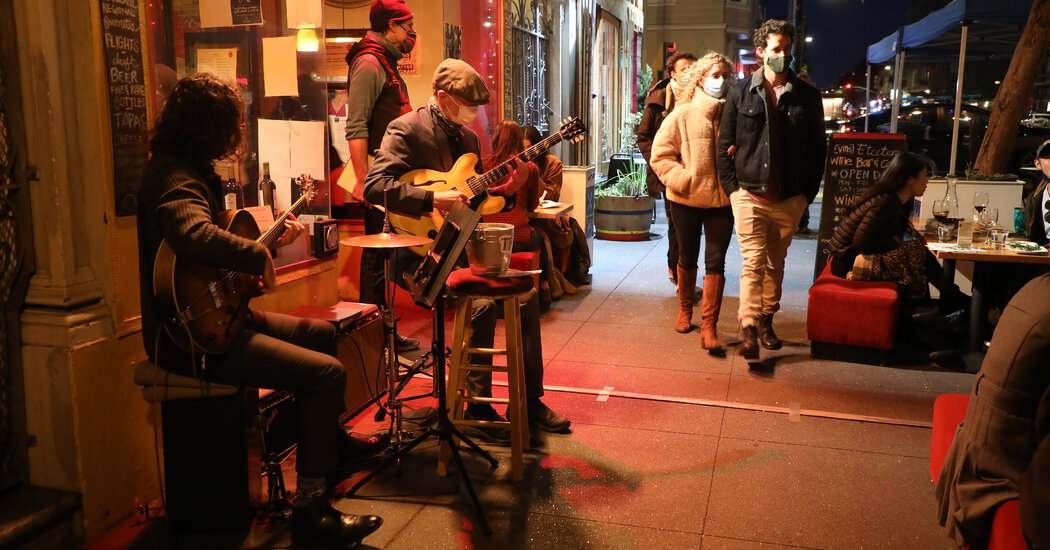 The United States is adding fewer than 30,000 cases a day for the first time since June of last year, and deaths are as low as they’ve been since last summer. Nearly everywhere, the U.S. outlook is improving.

Nearly 50 percent of Americans have received at least one vaccine shot, and though the pace has slowed, the share is still growing by about two percentage points per week.

“I think by June, we’re probably going to be at one infection per a hundred thousand people per day, which is a very low level,” Dr. Scott Gottlieb, former head of the Food and Drug Administration, said Sunday on the CBS show, “Face the Nation.”

The share of coronavirus tests coming back positive has fallen to below 3 percent for the first time since widespread testing began, and the number of hospitalized patients has fallen to the lowest point in 11 months, Dr. Eric Topol of the Scripps Research Translational Institute noted this week. For the first time since March 5 of last year, San Francisco General Hospital had no Covid-19 patients — “a truly momentous day,” Dr. Vivek Jain, an infectious disease physician at the hospital, said on Thursday.

Centers for Disease Control and Prevention issued guidance that said vaccinated people could forego masks in most situations indoors and outside, states have followed suit.

Because of changing mask rules and guidance, people will need to rely on their own judgment in some circumstances, Dr. Gottlieb said Sunday. “We’re going to have to protect ourselves based on our own assessment of our risk and our own comfort,” he said.

For instance, he said, people who are unvaccinated or in an area where infections are still high will be at higher risk than others.

“So I think people may need to make individual assessments,” he said, adding that while unvaccinated children in crowded indoor situations might need to keep masks on, “I don’t think kids need to be wearing masks outside anymore.”

Although experts who spoke with The New York Times said they were optimistic, they cautioned that the virus won’t be eradicated in the United States but would likely instead become a manageable threat we learn to live with, like influenza.

Until then, Stacia Wyman, a senior genomics scientist at the University of California, Berkley, said Americans should remain concerned as long as the virus continues to spread and evolve in parts of the world that lack vaccines.

The Seattle Seahawks are very much still in the running for Baker Mayfield. (Photo by Stacy ... [+] Revere/Getty Images) Getty Images The Seattle … END_OF_DOCUMENT_TOKEN_TO_BE_REPLACED

(CNN) — Kim Kyung-seop recalls going to cheap bars after class with his friends, where they binged on as much makgeolli as possible. "You know the … END_OF_DOCUMENT_TOKEN_TO_BE_REPLACED