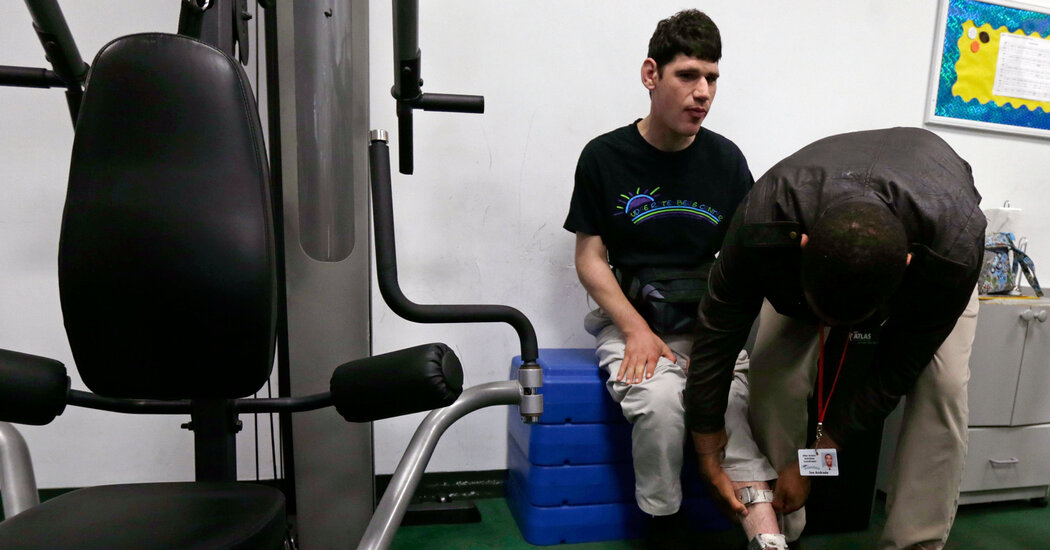 Former residents have also complained of burn marks, accidental shocks and other abuses. “It’s not safe. It doesn’t feel safe,” Jennifer Msumba, a student from 2002 to 2009, said in testimony to the F.D.A. in 2014. “I ended up having nightmares weekly, if not nightly.”

The center said that any abuse of the shock devices or mistreatment of patients “is taken very seriously.” Public records show that in recent years, the center has spent hundreds of thousands of dollars on lobbying in both New York State, where more than half the center’s students are from, and Massachusetts. It has also spent more than a quarter-million dollars over the past decade on lobbying federal entities, including the F.D.A., the White House, the Senate and the House of Representatives.

Shain Neumeier, a lawyer who has represented former residents and uses the pronoun “they,” said many aren’t able to consent to the treatment themselves, and parents do not always understand what it entails. They argue that there is a difference between people shocking themselves to curb habits like smoking, which the F.D.A. permits, and shocking others — who may not be able to articulate their needs — as a behavioral punishment.

“This approach involves a lot of dehumanization, an idea that you’re basically training a dog,” they said. “Or you’re trying to get a person to do what you want, rather than follow their own goals and get their own needs met.”

But Larry Mirro, from Island Park, N.Y., said the treatment was life-changing for his son Billy, 39. Before being enrolled at the center in 2003, his son took many different medications with varying side effects to treat his autism, and repeatedly abused himself, Mr. Mirro said.

Most facilities either could not help or did not accept his son. “He smashed his head all over the place,” Mr. Mirro said.

Before consenting to electric shock therapy for Billy, Mr. Mirro said, he did research and tested the shock on himself — it felt like a bee sting, he said. After his son started on the treatment, he noticed a change within six months.

You were seeing double this week: A spectacular $54 million compound featuring two equally luxurious mansions separated by a private lake in Southwest … END_OF_DOCUMENT_TOKEN_TO_BE_REPLACED

Taylor Heinicke #4 of the Washington Football Team celebrates after defeating the Seattle Seahawks at FedExField on November 29, 2021 in Landover, … END_OF_DOCUMENT_TOKEN_TO_BE_REPLACED

Members of the Ukrainian Police force, Larisa, 31, and Roman, 30, get married at a wedding hall at an expo center in Kyiv, Ukraine, on … END_OF_DOCUMENT_TOKEN_TO_BE_REPLACED