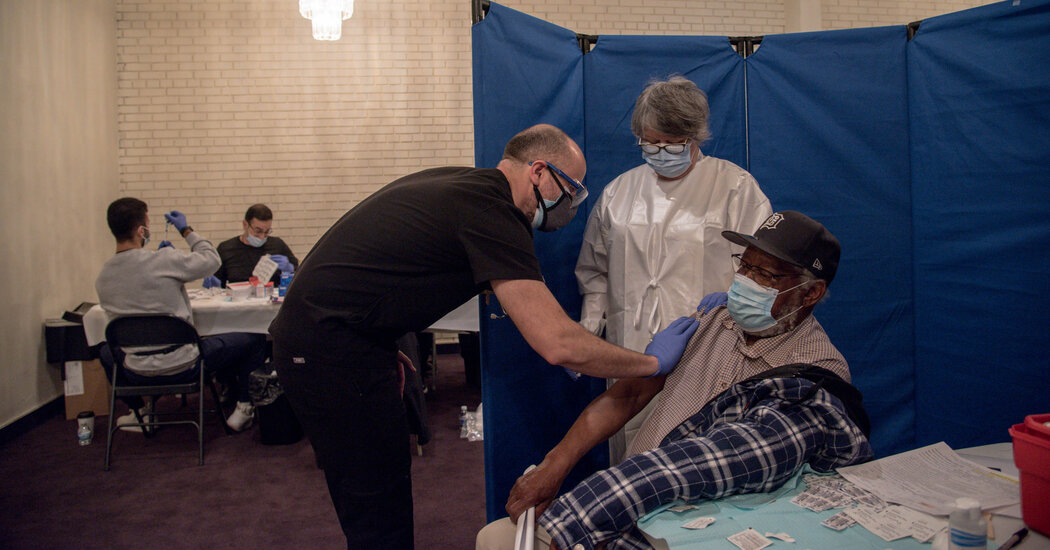 The country is a study in contrasts. New Jersey, New York, Connecticut, and other states in the Northeast continue to report high levels of cases, and troubling upticks have emerged in Illinois, Minnesota and some other Midwestern states. But in much of the South and West, case numbers remain relatively low.

California is reporting continued declines, with about 2,600 cases a day, compared with more than 40,000 daily during much of January. Arizona is averaging about 550 cases a day, down from more than 10,000. And in Arkansas, fewer than 200 cases are being announced most days, down 40 percent in the last two weeks.

But if any place offers a glimpse at the threat of a new surge, it is Michigan.

Health officials partly attributed the rapid rise in cases to the B.1.1.7 variant that was originally identified in Britain and is widespread in Michigan. But they have also observed a broader return to prepandemic life seen in a relaxing of mask wearing, social distancing and other strategies meant to slow the spread of the virus — many weeks before a substantial portion of the population is vaccinated.

More than 2,200 coronavirus patients statewide are hospitalized, a figure that has more than doubled since the beginning of March. Five hospitals in the Henry Ford system in the Detroit area had a total of 75 coronavirus patients during the week of March 8; as of Tuesday, the hospitals were up to 267 patients. On Monday, the health system announced it would reinstate a policy limiting visitors at several hospitals, in response to the latest surge.

Dr. Adnan Munkarah, chief clinical officer for the Henry Ford Health System, said more coronavirus patients are surviving the disease now than in 2020, in part because they are skewing younger.

But he is frustrated, he said, and his staff is exhausted. “We were hoping that by now, we would have things under better control,” he said.

AUSTIN, Texas--(BUSINESS WIRE)--As the first multifamily management company to be recognized in the Public Relations and Marketing Excellence Awards, … END_OF_DOCUMENT_TOKEN_TO_BE_REPLACED

There have been whispers of cooling housing and rental prices in the San Francisco Bay Area, but that hasn't yet translated into practical, noticeable … END_OF_DOCUMENT_TOKEN_TO_BE_REPLACED

Cars pass in Independence Square at twilight in Kyiv, Ukraine, Monday, Oct. 31, 2022. Rolling ... [+] blackouts are increasing across Ukraine as the … END_OF_DOCUMENT_TOKEN_TO_BE_REPLACED