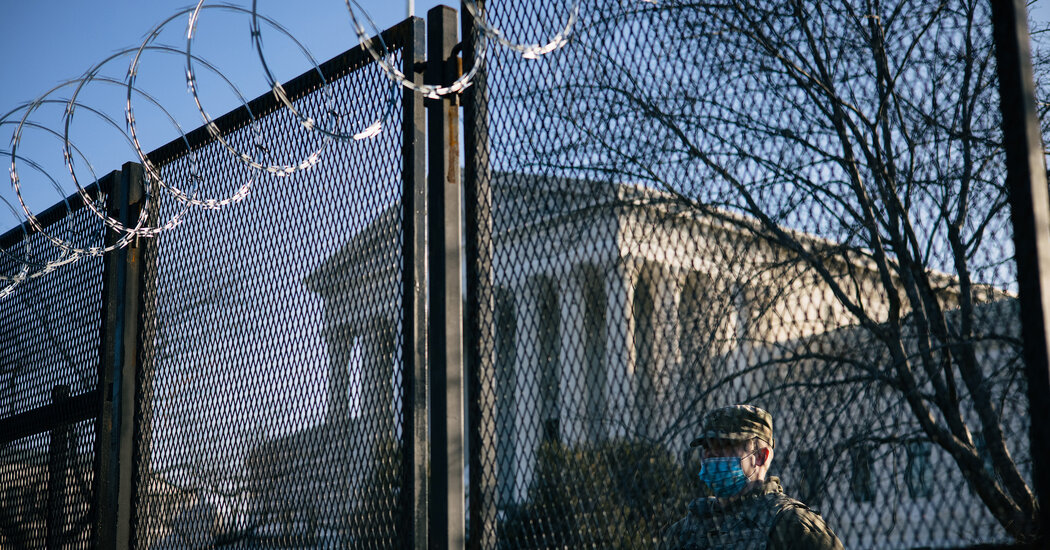 WASHINGTON — For years, the Supreme Court has been hostile to lawsuits from victims of police violence, prisoners subjected to appalling cruelty and others who sought to sue government officials for violations of their constitutional rights.

That might be starting to change. In recent rulings, one terse and the other cryptic, the justices ordered an appeals court to reconsider the cases of two prisoners in Texas, prompting debate about whether the Supreme Court is ready to trim the doctrine of qualified immunity.

The doctrine has been the subject of scathing criticism across the ideological spectrum, and it became a flash point in the nationwide uproar last summer over police brutality, with activists and lawmakers calling for its reconsideration.

The doctrine requires plaintiffs to overcome a daunting hurdle. They must not only show that the official violated a constitutional right but also that the right had been “clearly established” in a previous ruling.

Joanna C. Schwartz, a law professor at the University of California, Los Angeles, and an authority on qualified immunity who wrote in The Atlantic about the recent cases. “My take is that the court has heard the criticism and — perhaps this is too optimistic — seen that this standard they’ve created and been pounding on doesn’t make a whole lot of sense.”

But Alexander A. Reinert, a professor at the Benjamin N. Cardozo School of Law and the author of a new study on qualified immunity, said it would be a mistake to read too much into two brief orders, both concerning prisoners. “The Supreme Court remains very committed to qualified immunity being a forceful defense in civil rights cases and certainly in police excessive force cases,” he said.

His study, which surveyed 4,000 appeals court decisions, found regional variations and a disproportionate tendency of judges appointed by Republican presidents to vote to grant qualified immunity.

The two recent cases came from three-judge panels of the United States Court of Appeals for the Fifth Circuit, in New Orleans, both dominated by Republican appointees.

In the first one, Trent Taylor, a Texas prisoner, sought to sue corrections officers for holding him for six days in what he called “shockingly unsanitary cells.” The first cell, he said, was covered in feces. The second, he said, was frigid and flooded with raw sewage.

Judge Jerry E. Smith wrote for a unanimous three-judge panel in summarizing Mr. Taylor’s account, which the court accepted as true for purposes of his appeal.

Judge Smith, who was appointed by President Ronald Reagan, wrote that the conditions Mr. Taylor described violated the Eighth Amendment’s prohibition of cruel and unusual punishment. But that was not enough to overcome qualified immunity.

“Taylor stayed in his extremely dirty cells for only six days,” Judge Smith wrote. “Though the law was clear that prisoners couldn’t be housed in cells teeming with human waste for months on end, we hadn’t previously held that a time period so short violated the Constitution. That dooms Taylor’s claim.”

When the Supreme Court considered Mr. Taylor’s case, there was every reason to believe the justices would deny review. It had done so in eight qualified-immunity cases in June, dashing the hopes of critics of the doctrine.

Instead, in an unsigned three-page opinion in November, issued without argument or full briefing, the Supreme Court said that it was possible to take qualified immunity too far and that some things were obvious even if there was no precedent on point. “Confronted with the particularly egregious facts of this case, any reasonable officer should have realized that Taylor’s conditions of confinement offended the Constitution,” the opinion said.

The case, extreme as it was, might have been an outlier. But last month, the Supreme Court again instructed the Fifth Circuit to reconsider a decision granting qualified immunity.

The case concerned another prisoner in Texas, Prince McCoy, who said a prison guard had sprayed him in the face with a chemical “for no reason at all.”

Spraying chemicals into a prisoner’s face for no reason crossed a constitutional line, Judge Smith wrote. “But it was not beyond debate that it did,” he added, “so the law wasn’t clearly established.”

In a two-sentence order that gave no reasons, the Supreme Court told the Fifth Circuit last month to reconsider Mr. McCoy’s case in light of its ruling in Mr. Taylor’s case.

Lawyers, scholars and commentators differ on whether the court’s interventions in the two prisoners’ cases are evidence of a new approach to qualified immunity.

“The Supreme Court may now be entering a new dawn on qualified immunity, and judges of all levels should take notice,” Anya Bidwell and Patrick Jaicomo, lawyers with the Institute for Justice, wrote in USA Today last week.

But Jay Schweikert, a policy analyst at the Cato Institute, was more cautious. “The orders in Taylor and McCoy vacated especially egregious grants of immunity, which does suggest the justices want to curb the worst excesses of the doctrine,” he wrote in a blog post last week. “But they also suggest the Supreme Court is not going to take up the larger question of whether qualified immunity itself should be reconsidered.”

An affordable center-chimney Colonial in Glastonbury, CT, is the oldest property to hit the market this week on Realtor.com®.Offered at a steep … END_OF_DOCUMENT_TOKEN_TO_BE_REPLACED

Nissan was one of the early pioneers of the electric car. The Leaf has now sold over 600,000 units worldwide since its launch in 2011 and is still … END_OF_DOCUMENT_TOKEN_TO_BE_REPLACED

RUDNE, Ukraine — Yurii Brukhal, an electrician by trade, didn’t have a very dangerous role when he volunteered for Ukraine’s territorial defense … END_OF_DOCUMENT_TOKEN_TO_BE_REPLACED