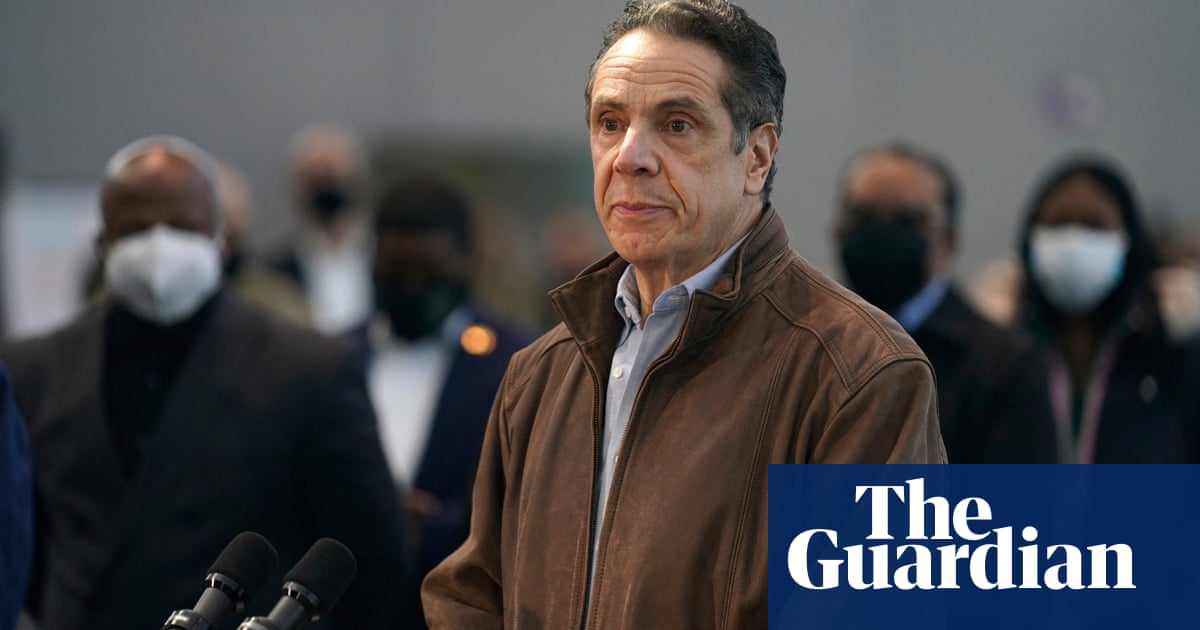 Nine of New York’s most powerful and prominent Democrats have joined calls for the state’s governor, Andrew Cuomo, to resign in the wake of multiple sexual misconduct allegations and scrutiny over his administration’s misreporting of Covid-19 deaths among nursing home residents.

The group of congressional representatives includes Alexandria Ocasio-Cortez, a standard bearer for the party’s progressive wing, as well as Jerry Nadler, who chairs the House judiciary committee, and Carolyn Maloney, the chair of the House oversight committee.

Nadler said on Friday that Cuomo had lost the confidence of New Yorkers. “The repeated accusations against the governor, and the manner in which he has responded to them, have made it impossible for him to continue to govern at this point,” the congressman said.

In a joint statement issued with Jamaal Bowman, another New York congressman, Ocasio-Cortez said the latest allegation of sexual harassment against Cuomo was “alarming” and “raises concerns about the present safety and well-being of the administration’s staff. These allegations have all been consistent and highly detailed, and there are also credible media reports substantiating their accounts.”

The duo added that the six accusations of sexual harassment and misconduct leveled at Cuomo came on top of claims that the governor’s administration hid data on Covid-19 deaths in nursing homes, a combination that means that Cuomo “can no longer effectively lead in the face of so many challenges”.

In total, 10 of the 19 Democrats from New York elected to the House of Representatives have now called for Cuomo’s resignation, with Kathleen Rice, who represents a section of New York’s Long Island, previously calling for his removal.

On Thursday the New York state assembly launched an “impeachment investigation” into the sexual misconduct allegations made by the six women. A separate investigation is being led by the state attorney general, Letitia James.

“The reports of accusations concerning the governor are serious,” said Carl Heastie, the speaker of the state assembly. The assembly judiciary committee will oversee the investigation, which will have the power to interview witnesses and subpoena documents. Forty-seven state senators have already said Cuomo should step down, more than the 46 needed to convict the governor if he was impeached.

Separately, police in Albany said that they have been notified of the allegations and that these “may have risen to the level of a crime” although this does not mean they have opened a criminal investigation.

Cuomo has denied any wrongdoing in his treatment of women, although he has provided a general apology if any of his previous actions made anyone feel uncomfortable. He has so far resisted calls to resign, saying he was elected by the people of New York and not other politicians.

On the nursing home deaths, the governor has claimed his administration had to verify deaths of residents at hospitals, but critics questioned why that hadn’t held up the release of data in other states. Cuomo’s office didn’t immediately respond to a request for comment.

Cuomo in recent days has been calling lawmakers and supporters asking them to refrain from calling for his resignation, and instead support the ongoing investigations.

In weeks past, calls for Cuomo’s impeachment or resignation have come from Republicans or left-leaning Democrats in New York City. But more Democratic lawmakers from surrounding and upstate communities are now urging Cuomo to resign as investigations into his conduct continue.

Along with an allegation that the governor groped a female aide at the Executive Mansion last year, Cuomo is facing allegations of sexually suggestive remarks and behavior toward women, including female aides. One aide said he asked her if she would ever have sex with an older man. And another aide claimed Cuomo’ once kissed her without consent, and said the governor’s aides publicly smeared her after she accused him of sexual harassment.

The White House press secretary, Jen Psaki, has repeatedly said that Joe Biden and Kamala Harris both support the attorney general’s investigation into the harassment allegations.

Spokespeople for New York’s Democratic US senators Chuck Schumer and Kirsten Gillibrand did not immediately respond to requests for comment on Friday.

Associated Press contributed to this report

MIAMI--(BUSINESS WIRE)--Intelli Smart Homes, the leading smart home technology company, has been recognized as one of America’s fastest-growing … END_OF_DOCUMENT_TOKEN_TO_BE_REPLACED

Customers outside a Walmart store in Torrance, California, US, on Sunday, May 15, 2022. Walmart Inc. is scheduled to release earnings figures on May … END_OF_DOCUMENT_TOKEN_TO_BE_REPLACED

The past few years have been brutal on homebuyers' budgets. Would-be buyers have been priced out of some of the most desirable neighborhoods thanks to … END_OF_DOCUMENT_TOKEN_TO_BE_REPLACED