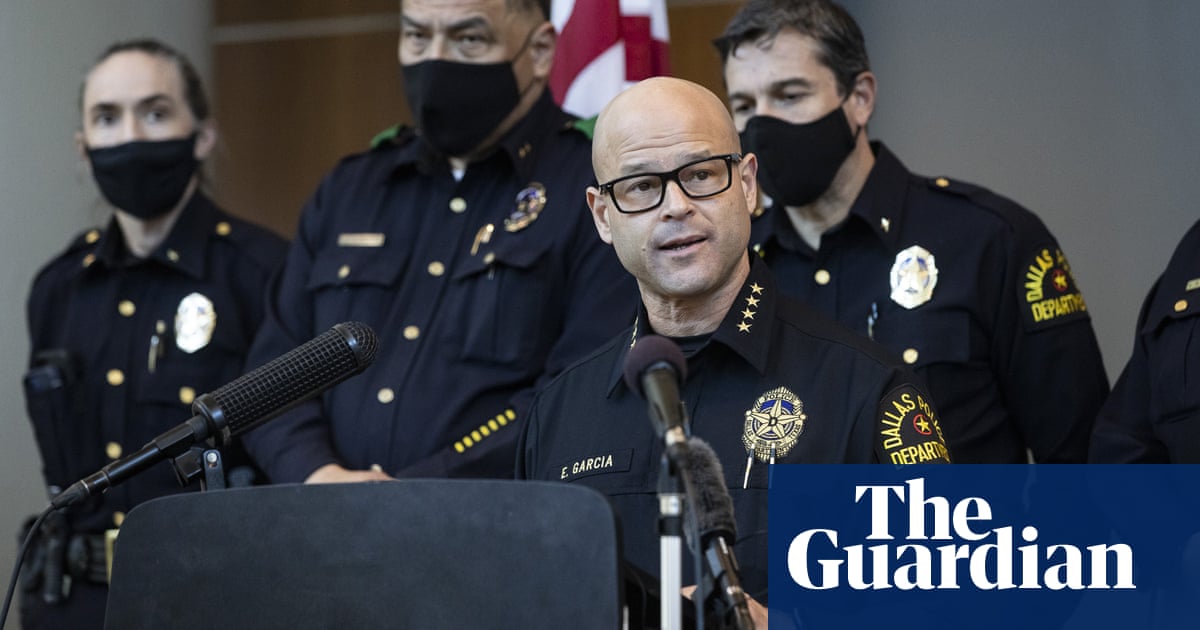 A Dallas police officer was arrested Thursday on two counts of capital murder, more than a year and a half after a man told investigators that he kidnapped and killed two people at the officer’s instruction in 2017, authorities said.

Bryan Riser, a 13-year veteran of the force, was arrested Thursday morning and taken to the Dallas county Jail for processing, according to a statement from the police department. Riser was not listed in online jail records Thursday evening and a lawyer for him couldn’t immediately be identified.

Riser was arrested in the unconnected killings of Liza Saenz, 31, and Albert Douglas, 61, after a man came forward in August 2019 and told police he had kidnapped and killed them at Riser’s direction, said the police chief, Eddie García, during a news conference. He said investigators don’t know the motives for the killings, but that they were not related to Riser’s police work.

García did not explain why Riser was arrested nearly 20 months after the witness came forward, and police declined to answer subsequent questions about the timing.

Riser joined the department in 2008, and García acknowledged that he had been patrolling Dallas while under investigation for the killings.

The chief stressed that his homicide division and the FBI were still investigating the killings and said the department was reviewing Riser’s arrests.

Saenz’s body was pulled from the Trinity River in south-west Dallas on 10 March 2017, with several bullet wounds, the chief said. Douglas was reported missing that year and his body hasn’t been found.

One of the men charged with Saenz’s killing told police that he and Riser were involved in burglaries when they were young, according to an affidavit for Riser’s arrest. It does not identify the man by name.

More recently, Riser and the man allegedly hatched a plan to rob drug stash houses, but they didn’t follow through with it. Instead, according to the affidavit, the man told investigators that Riser offered to pay him a total of $9,500 to kidnap and kill Douglas and later Saenz. Both were shot and their bodies were dumped in the river, the court states.

The affidavit states that Riser told the hired killer Saenz was an “informant”. The document does not elaborate, and police declined to answer questions about whether Saenz had some connection to the department.

The murder charges are not the officer’s first alleged crimes. In May 2017, Riser faced a domestic violence charge for allegedly assaulting and injuring an ex-girlfriend. It wasn’t immediately clear how that case was resolved.

Riser has been put on administrative leave pending the outcome of an internal affairs investigation. García said “we’re going to expedite our process” toward his firing.

“We will not allow anyone to tarnish this badge,” the chief said.

A spokesperson for the Dallas county district attorney said her office didn’t have information on the case.

An affordable center-chimney Colonial in Glastonbury, CT, is the oldest property to hit the market this week on Realtor.com®.Offered at a steep … END_OF_DOCUMENT_TOKEN_TO_BE_REPLACED

Nissan was one of the early pioneers of the electric car. The Leaf has now sold over 600,000 units worldwide since its launch in 2011 and is still … END_OF_DOCUMENT_TOKEN_TO_BE_REPLACED

RUDNE, Ukraine — Yurii Brukhal, an electrician by trade, didn’t have a very dangerous role when he volunteered for Ukraine’s territorial defense … END_OF_DOCUMENT_TOKEN_TO_BE_REPLACED