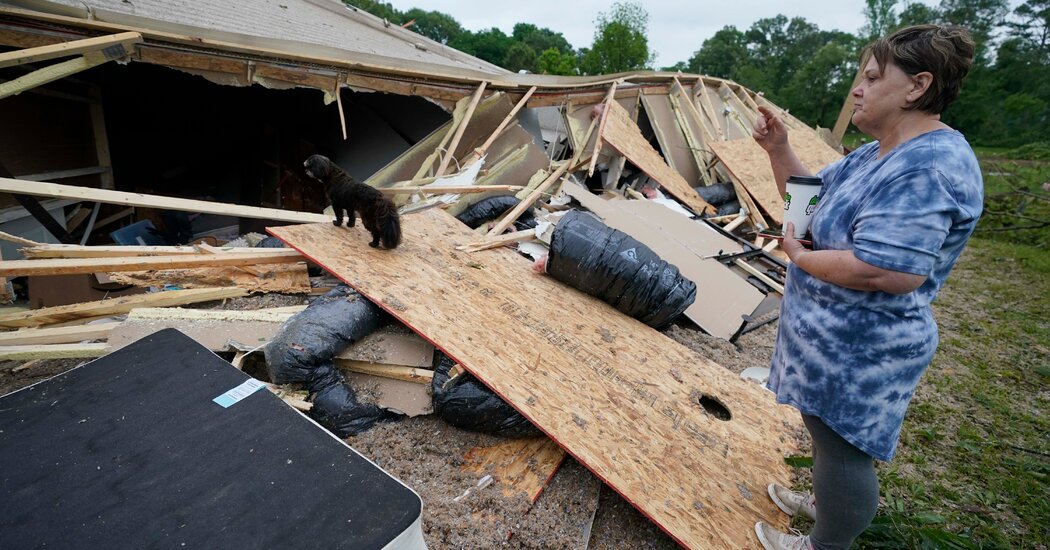 Cities across the South were reeling from damage caused by tornadoes that touched down late Sunday night and Monday morning.

There were no immediate reports of injuries, but damage — including downed trees and utility poles, and buildings whose roofs were torn off — was reported in parts of Mississippi and Kentucky, and tornado warnings were issued for parts of Georgia and Tennessee.

Late Sunday, the Calhoun County sheriff, Greg Pollan, said on Facebook that storms in Calhoun City, about 140 miles northeast of Jackson, had damaged several businesses and snapped utility poles. Trees had fallen onto a few homes and vehicles, he said.

posted images and video on Facebook of the destruction, such as uprooted trees and buildings without roofs.

Damage was also reported in Itawamba County in northeast Mississippi, by the border with Alabama, where the Sheriff’s Office late on Sunday urged residents to stay home to keep the roads clear for emergency and utility vehicles.

In Yazoo County, Miss., about 40 miles northwest of Jackson, the Mississippi Emergency Management Agency said it was assessing reports of damage that had come in early Monday morning.

Severe weather was expected to continue on Monday in parts of the South.

Tornado warnings were issued in portions of Tennessee early on Monday. The first was issued just before 5 a.m. local time for areas in and around Culleoka, about 56 miles south of Nashville. No damage was immediately reported in the area.

A tornado watch — meaning tornadoes were possible — was in effect for portions of Georgia and Alabama until 4 p.m. local time.

The Weather Service office in Atlanta cautioned that a couple of strong tornadoes were possible, as was hail as large as Ping-Pong balls and wind gusts up to 70 miles per hour.

In Kentucky, the Weather Service said it had deployed a storm survey team to assess damage in Tompkinsville, about 125 miles south of Louisville, where there were reports of tornado damage.

If you’ve ever dreamed of a quiet life on a boat in Alaska, this new waterfront listing can help you realize that vision.Of course, there's always … END_OF_DOCUMENT_TOKEN_TO_BE_REPLACED