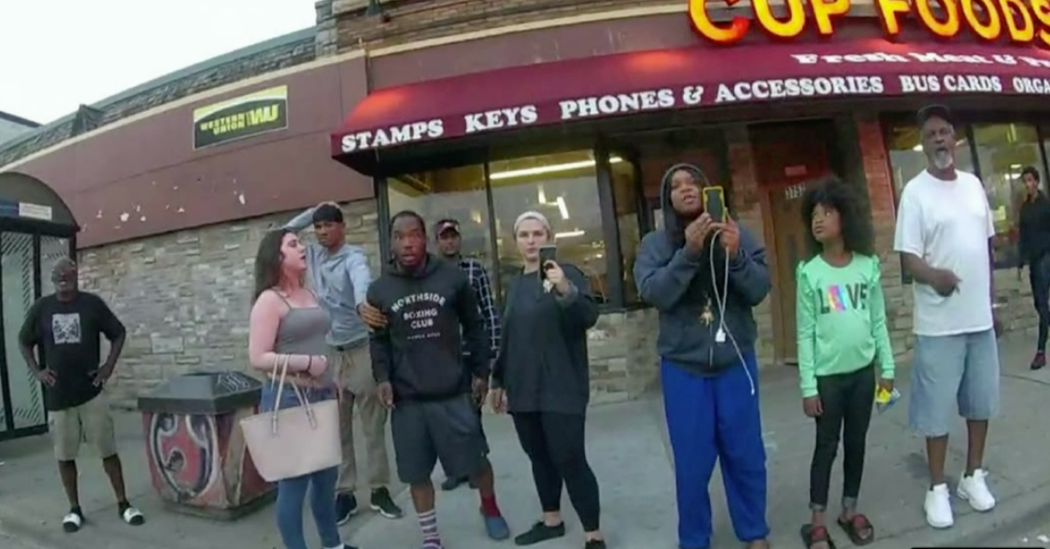 The woman who recorded Derek Chauvin as he knelt on George Floyd’s neck in a video that challenged the initial police narrative and brought a wave of attention to the death of Mr. Floyd gave emotional testimony in court on Tuesday morning.

Darnella Frazier was 17 when she recorded the cellphone video and uploaded it to Facebook in May, igniting international protests over racism and police abuse. Ms. Frazier, now 18, said in court that she feels regret for not physically engaging the officers, but that they were the ones ultimately at fault.

“It’s been nights I stayed up apologizing and apologizing to George Floyd for not doing more and not physically interacting and not saving his life,” Ms. Frazier said. She added, seemingly referring to Mr. Chauvin, who sat with his lawyer nearby: “But it’s like, it’s not what I should have done, it’s what he should have done.”

Ms. Frazier has largely stayed out of the spotlight since Mr. Floyd’s death, but she said his death has haunted her and that she has anxiety.

wrote on Facebook and Instagram that Mr. Chauvin “deserves to go down” and wondered aloud “what else got covered up if it was no evidence.”

Ms. Frazier has been praised by Chief Medaria Arradondo of the Minneapolis Police Department and, in December, received an award for courage from PEN America, a group that promotes free expression. Spike Lee, the film director, presented her with the award during a virtual event.

Kohl's announced Friday that it is terminating talks to sell its business, saying that retail environment has significantly deteriorated since the … END_OF_DOCUMENT_TOKEN_TO_BE_REPLACED