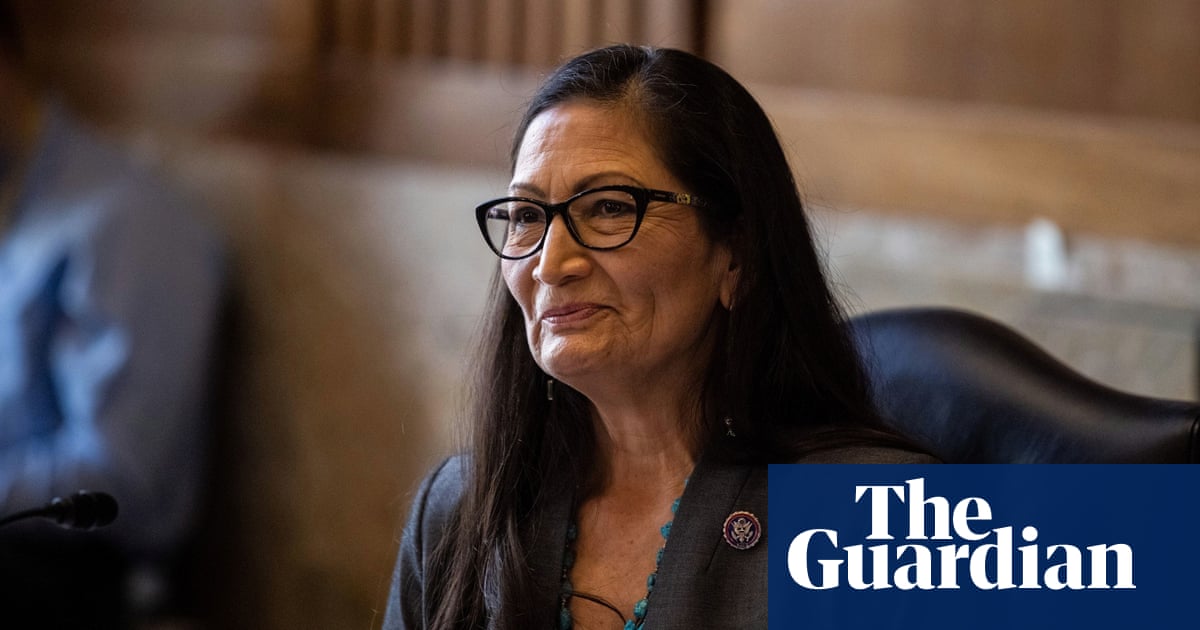 Deb Haaland has been confirmed as the secretary of the interior, making her the first Indigenous cabinet secretary in US history.

The 60-year-old from New Mexico will be responsible for the country’s land, seas and natural resources, as well as overseeing tribal affairs.

The US Senate confirmed the Democrat on Monday by a vote of 51-40, after she secured the support of Republican senators including Lindsey Graham, Lisa Murkowski, Dan Sullivan and Susan Collins.

In a statement after the vote, Haaland said she was “ready to serve”.

Haaland is a member of the Laguna Pueblo, one of 574 sovereign tribal nations located across 35 states. She is the most senior Indigenous American in the US government since the Republican Charles Curtis, a member of the Kaw nation situated in what is now Kansas, who served as vice-president to Herbert Hoover between 1929 and 1933.

She will lead about 70,000 staff who oversee one-fifth of all the land in the US and 1.7bn acres of coastlines, as well as managing national parks, wildlife refuges and natural resources such as gas, oil and water.

Haaland will also be responsible for upholding the government’s legally binding obligations to the tribes – treaty obligations that have been systematically violated with devastating consequences for life expectancy, exposure to environmental hazards, political participation and economic opportunities in Indian Country.

According to the 2010 census, 5.2 million people or about 2% of the US population identifies as American Indian or Alaskan Native – descendants of those who survived US government policies to kill, remove or assimilate indigenous peoples.

“Native youth look to Representative Haaland as a role model, as a fierce defender of their rights and their communities, and as the living representation of the future of Indigenous communities in this country,” said Nikki Pitre, the executive director of the Center for Native American Youth.

“She’s the embodiment of the old adage that if you see it you can be it,” he said.

Haaland’s confirmation comes after several days of grilling by senators over her past criticism of Republicans, even though she had one of the best records of bipartisanship in the previous Congress. She also faced hostile questions from senators from oil and gas states, who claimed her opposition to fossil fuels projects would destroy jobs.

Last year, Haaland sponsored a bill that would set a national goal of protecting 30% of US lands and oceans by 2030 – the 30 by 30 commitment since made by Biden in an executive order.

In a recent interview, Haaland told the Guardian that as secretary of the interior she would “move climate change priorities, tribal consultation and a green economic recovery forward”.

She added: “I’m going to continue to reach across the aisle, to protect our environment and make sure that vulnerable communities have a say in what our country is doing moving forward.”

Nick Tilsen, the president and chief executive of the NDN Collective, a grassroots indigenous power organization, said: “Deb Haaland is going to be a breath of fresh air who will fight for lands, jobs and people.”

When Graham Brooks received his ballot in early February, asking whether he wanted to form a union at the Amazon warehouse in Alabama where he works, … END_OF_DOCUMENT_TOKEN_TO_BE_REPLACED