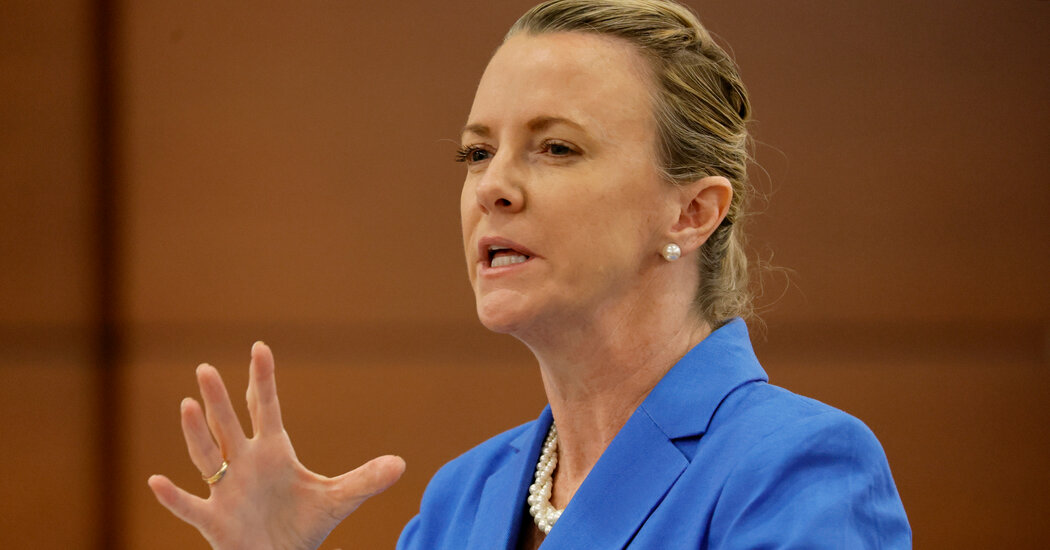 FORT LAUDERDALE, Fla. — The troubled life of Nikolas Cruz, who killed 17 people at his former Florida high school four years ago, began long before he was born, his lead defense lawyer told jurors on Monday, arguing that his biological mother’s heavy consumption of alcohol and drugs while pregnant irreparably harmed his developing brain. At birth, he was deprived of oxygen by an umbilical cord wrapped three times around his neck, and doctors spent the first minute after his delivery resuscitating him.

The mother who adopted him at birth was at first in denial over her young son’s mounting social, emotional and behavioral difficulties and later overwhelmed by trying to deal with his obsessions, including with guns. From the time of his first psychological evaluation when he was 3 years old to the day he carried out one of the deadliest mass school shootings in American history at the age of 19, Mr. Cruz dealt with a slew of therapists, teachers, psychiatrists, police officers and counselors who knew his problems were serious, his lawyer, Melisa McNeill, said.

rare trial of a gunman who survived a mass shooting. He pleaded guilty last year to 17 murders and 17 attempted murders and faces the death penalty or life in prison without the possibility of parole in a sentencing trial that began in July.

Prosecutors wrapped their case two weeks ago, concluding with heart-wrenching testimony from people who lost loved ones and a visit to the school building where the shooting took place.

From the start, Ms. McNeill acknowledged that the courtroom was “a space filled with overwhelming sadness, painstaking grief and trauma.”

“We’ve all seen and heard things that no one should have to see or hear,” she said. “There is one person responsible for all of that pain and all of that trauma, and that person is Nikolas Cruz.”

were called to the house more than 40 times, and an emergency youth mental health intervention team more than 14 times. Against experts’ recommendation, Ms. Cruz bought him a BB gun and an air rifle and went with him when he bought his first firearm.

Ms. Cruz died in 2017, about four months before the shooting.

The most dramatic moment in court on Monday came when the defense called Danielle Woodard, the gunman’s biological half sister, to testify. Ms. Woodard, who has served two prison sentences, is in jail in Miami-Dade County, awaiting trial on a pending carjacking case. She testified in a brown jail jumpsuit and guarded by sheriff’s deputies.

Ms. Woodard, 35, said she had not been in the same room as Mr. Cruz, who is now 23, since the day he was born, when she held him and asked her mother if they could keep him. She referred to him from the witness stand as her “baby brother” and at times became emotional. Mr. Cruz, who has frequently stared down when other witnesses have spoken, made eye contact with Ms. Woodard and appeared engaged during her testimony.

Ms. Woodard said her mother would take her to meet with her probation officer and have the younger Ms. Woodard secretly provide a clean urine sample for her.

“Brenda definitely had a drug problem,” she said, adding that she saw her mother use crack cocaine, drink “all the time” and smoke “like a chimney.”

Danielle Woodard often lived with her grandmother or her grandmother’s best friend and eventually bounced around between the foster care system and treatment shelters for teenagers. She said she told her mother she hated her.

“Do you love your brother?” Tamara Curtis, an assistant public defender, asked.

Hometown Deli, Paulsboro, N.J.Mike Calia | CNBCThree men were charged with fraud and other crimes in a scheme involving a company that was worth $100 … END_OF_DOCUMENT_TOKEN_TO_BE_REPLACED

The childhood home of "The Morning Show" actor Nestor Carbonell recently hit the market in Greenwich, CT, for $4.4 million.Fans will appreciate that … END_OF_DOCUMENT_TOKEN_TO_BE_REPLACED