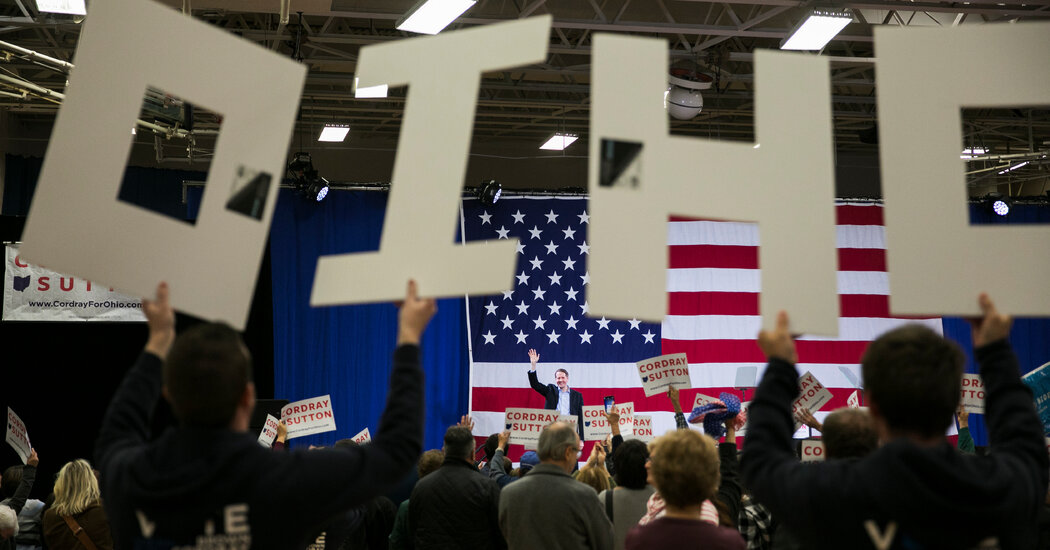 And few states, in the Midwest or beyond, have the symbolic resonance of Ohio, which for decades served as a political bellwether and swing-state proving ground. Now, however, even the most optimistic Ohio Democrats acknowledge that they reside in a Republican-leaning state and must take lessons on how to compete from their ideological counterparts in other precincts of red-state America.

“We should look at how Democrats won in Montana and Kansas,” said Mayor Nan Whaley of Dayton, who is planning a run for governor next year. “That’s a new place for us to look because we’ve always been a battleground, but national messages don’t fit right into Ohio.”

One of the most consequential questions for Ohio Democrats is out of their hands: What direction will Republicans take in the Biden era? “Where they land is going to be a big deal,” Ms. Whaley said.

Had Mr. Portman run for re-election, this would have been a far less weighty question in Ohio. He and Gov. Mike DeWine, another establishment-aligned and well-known incumbent, would have campaigned on their own political brands, never confronting Mr. Trump but also never embracing him, either.

Now, though, the open Senate seat is thrusting the loyalty-obsessed former president to the forefront of his party’s nascent primary, as the announced candidates compete to see who can hug Mr. Trump tightest.

Josh Mandel, a former state treasurer who twice ran against Mr. Brown before withdrawing from the 2018 race and disappearing from public view, has resurfaced as an ardent MAGA man. In interviews and tweets since entering the race to succeed Mr. Portman, he has claimed that Mr. Trump’s second impeachment prompted him to run — never mind his previous two bids — and vowed to advance Mr. Trump’s “America First Agenda.”

Perhaps more striking, though, is the maneuvering by Jane Timken, a wealthy executive who was elevated to the chair of the Ohio Republican Party in 2017 in part because Mr. Trump took the extraordinary step as president-elect to make calls to party activists on her behalf.

SAN FRANCISCO — Cleve Jones has lived in the Castro neighborhood for nearly 50 years, almost from the day he graduated from high school in Phoenix and … END_OF_DOCUMENT_TOKEN_TO_BE_REPLACED

A home inspection can spare you from unpleasant surprises after you buy. After crunching the numbers, searching your favorite neighborhoods, and … END_OF_DOCUMENT_TOKEN_TO_BE_REPLACED