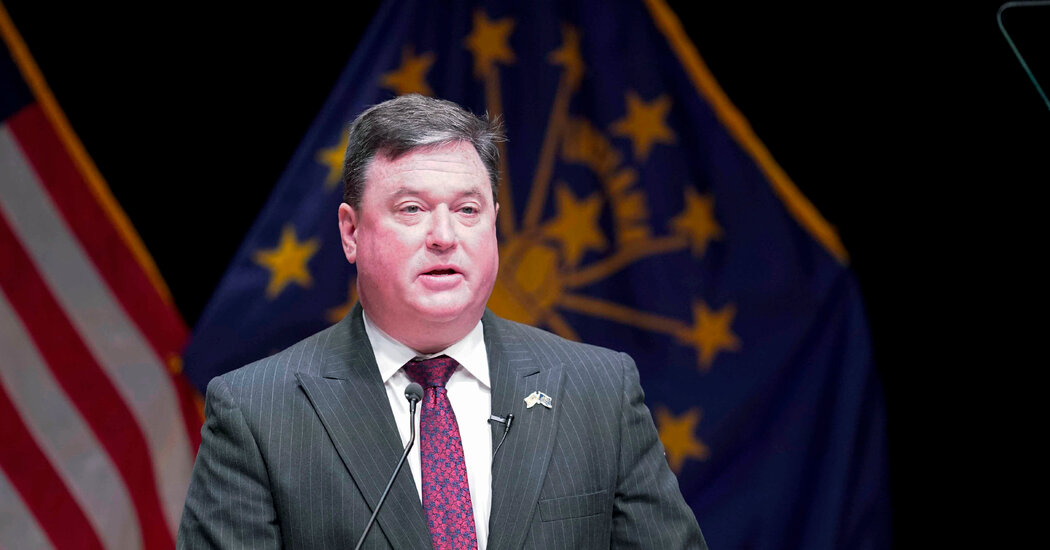 A lawyer for the Indiana obstetrician who has drawn national attention for providing abortion care to a 10-year-old rape victim said on Thursday that the doctor had taken “every appropriate and proper action” in the case — including filing necessary forms to report the abortion with state authorities, contrary to the assertions of Indiana’s attorney general.

The case of the rape victim, who crossed state lines from Ohio to get an abortion in Indianapolis, has become a hot-button issue in the nation’s roiling abortion debate. Many on the right — including the Ohio attorney general — initially doubted the veracity of the story when it was shared by Dr. Caitlin Bernard, the Indiana obstetrician. The story was confirmed after the arrest of the man accused of raping the girl. Yet Dr. Bernard remained under scrutiny.

The Indiana attorney general, Todd Rokita, told Fox News on Wednesday that he intended to investigate Dr. Bernard, and suggested she failed to file required reports.

said in an interview, in which he assailed Dr. Bernard, who practices in Indianapolis, as an “abortion activist acting as a doctor, with a history of failing to report.”

a two-pill combination that can be taken at home or in any location and is authorized for use in the first 10 weeks of pregnancy — to a 10-year-old patient on June 30. The report was dated July 2, which puts it within Indiana’s three-day reporting requirement.

Read More on the End of Roe v. Wade

Dr. Bernard’s lawyer, Kathleen DeLaney, said in the statement issued Thursday that she is “considering legal action against” Mr. Rokita and others, adding that “the facts will all come out in due time.”

A spokesman for Mr. Rokita said on Thursday night that his office was continuing to gather evidence, and that “our legal review of it remains open.”

The Ohio girl’s story, which first appeared in The Indianapolis Star, cast a sharp spotlight on the difficulties the most vulnerable have obtaining abortion services in the wake of the Supreme Court’s decision to overturn the constitutional right to abortion enshrined in Roe v. Wade.

Abortion opponents and some right-leaning outlets cast doubt on whether the story was even true. A Wall Street Journal editorial with the headline “An Abortion Story Too Good to Confirm” asserted that the president had put his “seal of approval on an unlikely story from a biased source.”

But the speculation ended on Wednesday when it was revealed that a 27-year-old Ohio man had been arrested and charged with the rape. (The Journal later published an editor’s note atop its editorial.)

The form filed by Dr. Bernard lists the approximate age of the father as 17. Doctors often make their best guess when the pregnancy is the result of abuse, and little may be known about the perpetrator.

The case has also exposed the vulnerabilities of medical professionals, like Dr. Bernard, who continue to care for patients amid a patchwork of state laws regarding abortion. Dr. Bernard herself struck back on Twitter on Wednesday night.

“My heart breaks for all survivors of sexual assault and abuse. I am so sad that our country is failing them when they need us most,” she wrote. “Doctors must be able to give people the medical care they need, when and where they need it.”

Under Indiana law, the doctor who performs an abortion on a patient younger than 16 must report it to both the Indiana Department of Health and the Department of Child Services within three days, though the statute does not specify whether that might change if the patient is referred from out of state.

“These laws are designed to trap us,” said Dr. Katie McHugh, an OB-GYN in Indiana and board member of the group Physicians for Reproductive Health.

Dr. McHugh said abortion providers, particularly those in states led by anti-abortion lawmakers, have long been wary of the precise reporting requirements laid out in abortion regulations.

“These abortion reporting requirements are seeking to criminalize the provider instead of the actual criminals,” she said. “The A.G.’s comments are not about protecting children; they are about targeting abortion providers.”

Ms. DeLaney, the lawyer, said Dr. Bernard had “followed all relevant policies, procedures, and regulations in this case, just as she does every day to provide the best possible care for her patients.

“She has not violated any law, including patient privacy laws, and she has not been disciplined by her employer.”

Three men were indicted in the death of the notorious gangster James (Whitey) Bulger, who was beaten to death four years ago in a West Virginia … END_OF_DOCUMENT_TOKEN_TO_BE_REPLACED

Dr. Connolly and Dr. Mott live in the North Baltimore neighborhood of Homeland, known for its strong public schools and colonial architecture, which … END_OF_DOCUMENT_TOKEN_TO_BE_REPLACED