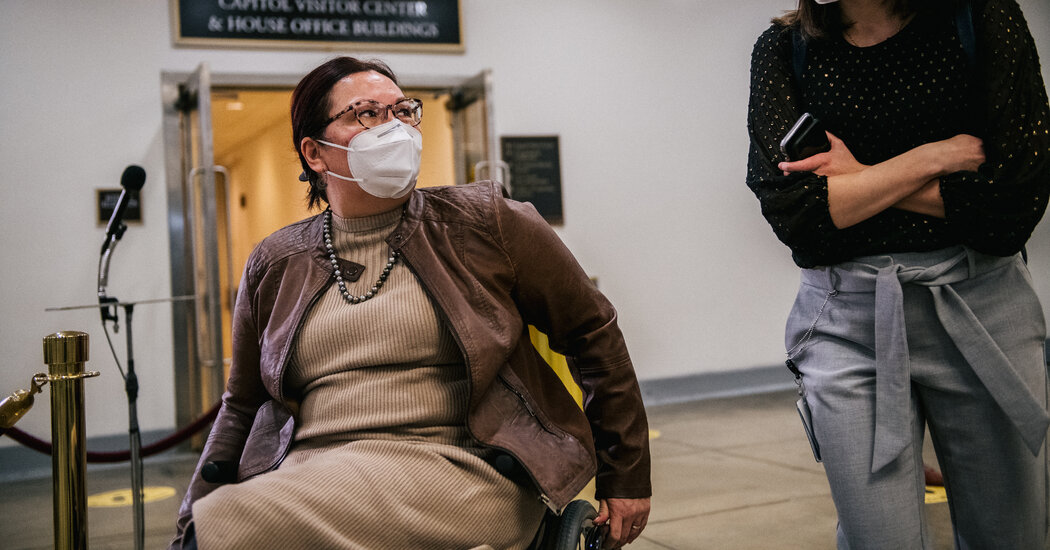 “That is not something you would say to the Black Caucus — ‘Well, you have Kamala. We’re not going to put any more African-Americans in the cabinet because you have Kamala,’” she told reporters on Tuesday.

“Why would you say it to A.A.P.I.?” she added, referring to Asian-Americans and Pacific Islanders.

Ms. Duckworth added that for months, she had given the White House names of possible Asian-American nominees “who never even got a phone call.”

Ms. Hirono said on Tuesday that she shared Ms. Duckworth’s “frustration.” They are two of only eight Asian-Americans ever to serve in the Senate, including Ms. Harris.

“This is not about pitting one diversity group against another, so I’m happy to vote for a Hispanic, a Black person, an L.G.B.T.Q. person, an A.A.P.I. person,” Ms. Hirono said. Mr. Biden, she added, made a commitment to diversity in his administration, “and that is what we’re calling for.”

Ms. Hirono, who is Japanese-American, said she had also pressed the White House to more regularly poll Asian-Americans and Pacific Islanders when gauging support for policy proposals, as it would Black Americans, women and other groups.

Democrats have warned for a year that Republicans’ hostility toward China related to the coronavirus pandemic — including former President Donald J. Trump’s references to the “Kung flu” and the “China virus” — was fanning anti-Asian sentiment in the United States. They have started taking more assertive action since last week’s shooting in Atlanta, which left six women of Asian descent dead, pressing their majorities in Congress and the White House to take clearer actions.

Senator Chuck Schumer, Democrat of New York and the majority leader, said on Tuesday that he would fast-track two Democratic bills aimed at tackling the issue.

In the grand sweep of world history, the U.S. is a young country. Even so, there are plenty of homes built prior to the American Revolution that still … END_OF_DOCUMENT_TOKEN_TO_BE_REPLACED

DONETSK REGION, Ukraine — Between the cracks of mortar fire and the metallic bangs of Russian self-detonating mines, Yurii, a Ukrainian Army medic, … END_OF_DOCUMENT_TOKEN_TO_BE_REPLACED